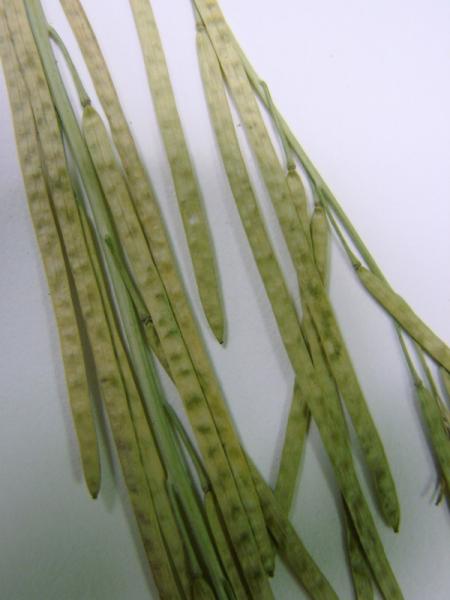 This is the only species of Boechera in North America that has pick-shaped hairs on the lower stem. Even though it is an obvious biennial in our area, there are certain locations in the mountains of the West where the plants are definitely perennial. The common name refers to its former scientific name, "Arabis drummondii", after Thomas Drummond, an early 19th century Scottish botanist who explored the Rocky Mountains and southern U.S. "Boechera", the new genus name, is after the Danish botanist Tyge W. Bocher.

There are 11 current populations but most of them have fewer than 100 plants each. There are more than 30 historical populations, so more occurrences are expected to be found.

The short-term trend seems stable but only a few occurrences have been revisited in recent years. Population sizes fluctuate, so more years of survey are needed to accurately determine short-term trend.

There were over 30 historical populations known throughout the state, but only 10 populations are currently documented. The long-term trend seems to indicate a decline, but more surveys of historical records may discover that this trend is not severe.

Probably the highest threat to the species is succession where the plants grow in human-disturbed areas the site is allowed to succeed to the woody plants that were there originally. The threat seems low in naturally open rock outcrops and sandy areas.

In human-disturbed areas the disturbance may need to be maintained to prevent succession, while still taking care to prevent the destruction of the plants themselves.

Research into the specific habitat requirements of this species would help steer surveys to the most likely areas where it would be found.

In New York this species has been collected most often from rocky ledges, cliffs, or ravines, though it also has been found at disturbed sites including trails, mowed areas, and sandy roadsides (New York Natural Heritage Program 2007). Basic or circumneutral ledges, gravels and thickets (Fernald 1970). Various habitats (Gleason & Cronquist 1991).

Boechera stricta has been found in scattered locations from most regions of the state.

Boechera stricta is widely distributed in Canada and the western U.S., and found also in the Upper Midwest, New York, and New England, to as far south as Indiana, Ohio, New Jersey, and Delaware.

Drummond's rock-cress is a tap-rooted biennial herb. Like other Boechera species, it has a compact rosette of basal leaves, the lowest of these spoon-shaped with toothed margins and the remainder lyrate (fiddle-shaped) - pinnatifid and pubescent. From this base grows a single stalk, smooth and often glaucous, 15 to 30 cm tall, bearing both leaves and flowers. The leaves of the stem have clasping lobes (auricles) at the base, and are 2 to 8 cm long, and the flowers have 4 small (less than 1 cm long) white petals. These mature into slender elongate fruit called siliques, which are 4-7 cm long, flat, held erect or appressed against the stem, and each holding two rows of seeds.

Specimens with flowers or with mature fruit, or preferably, both, are best for identification.

Turritis (formerly Arabis) glabra has slightly longer but narrower round fruit (5-9 cm long by 0.8-1.3 mm wide) and the stem commonly has simple or star-shaped hairs, especially towards the base. Boechera divaricarpa has fruit that are not strongly ascending or appressed to the stem, but rather tend to be loosely ascending to divergent, and its basal leaves have fine star-shaped hairs on both sides. Before the distinct flattened fruit of Boechera stricta develop, it may also resemble B. laevigata, which has longer, less numerous leaves (5-15 cm long, averaging 13 below the first flower), and sepals that are more than half as long as the petals.

Drummond's Rock-cress flowers in May, and the fruits persist until late August.

The time of year you would expect to find Drummond's Rock Cress flowering and fruiting in New York. 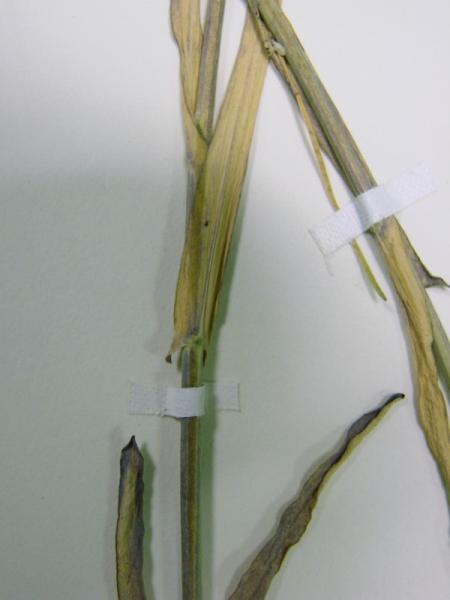 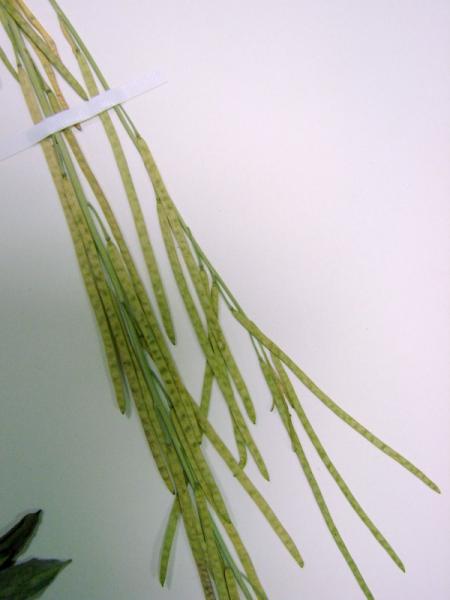 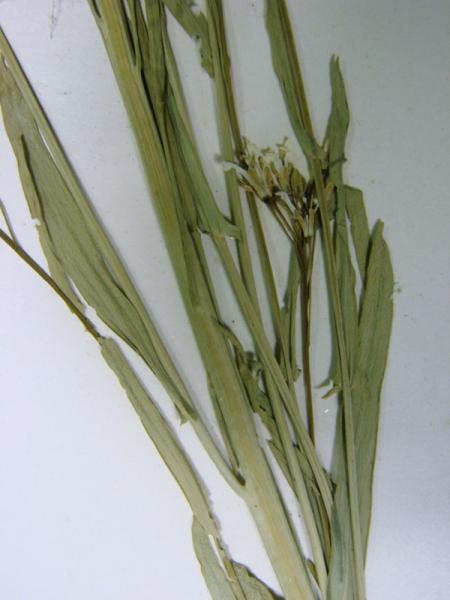 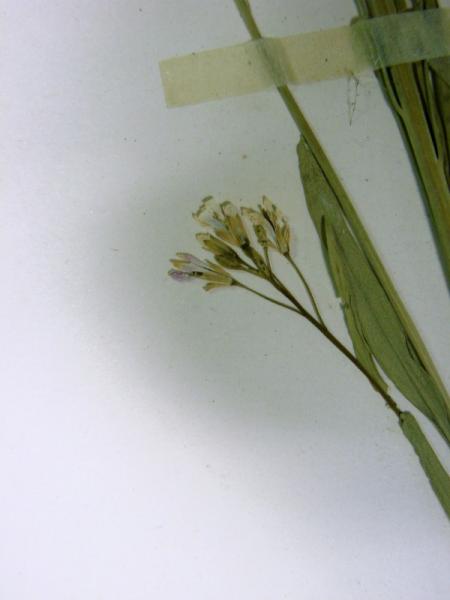 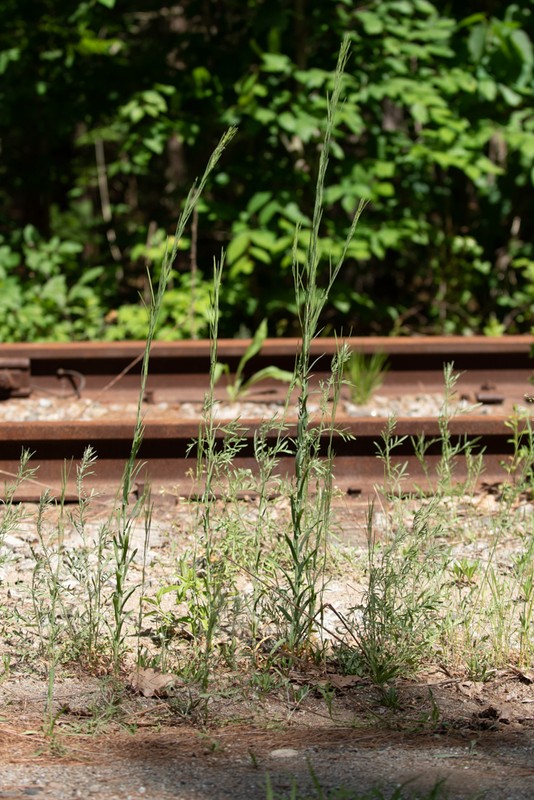 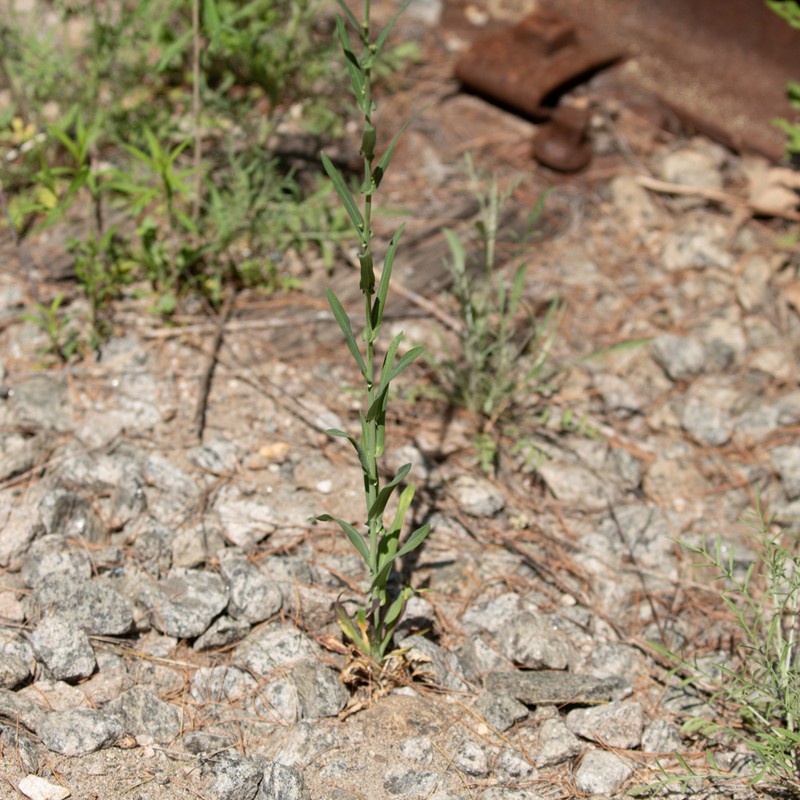 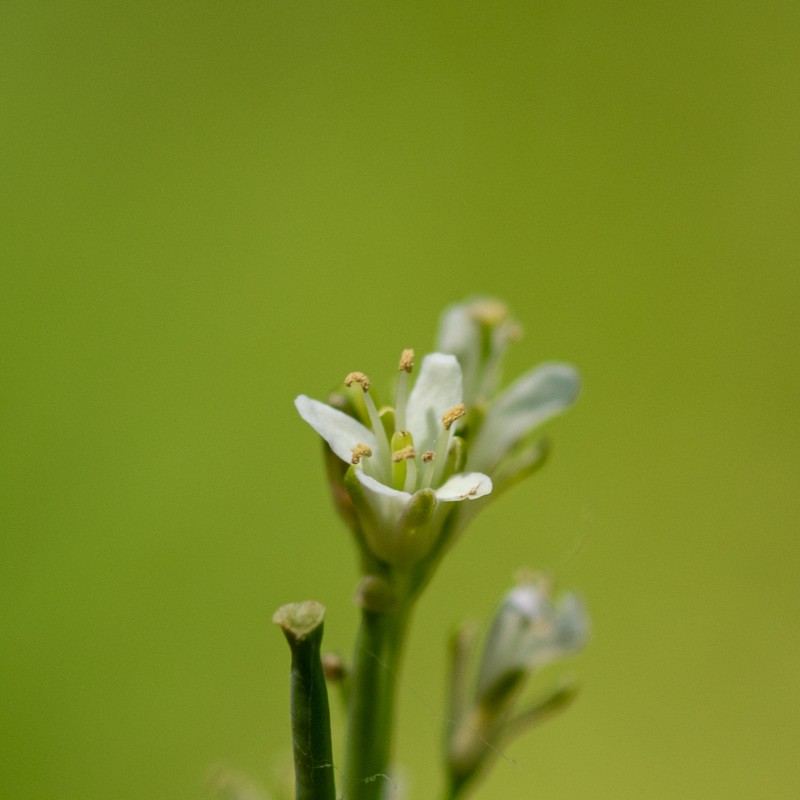 Information for this guide was last updated on: October 25, 2022