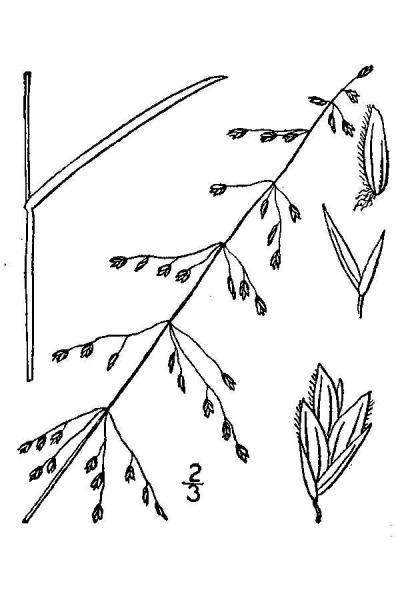 Woodland bluegrass was first collected in New York in 1848 at Niagara Falls by William Starling Sullivant, the foremost American bryologist of the 19th century.

There are five known populations and at least nine historical populations. Many of these populations are small. As a woodland grass in relatively common habitats, this plant may be overlooked. More survey work that focuses on finding this plant are needed. This species may benefit from a predictive distribution model.

The known populations have not fluctuated greatly over time. This grass was never common in the state and has persisted at low levels for many decades.

There is not enough data about the known populations to know what threats exist. Two of them occur in populated areas and may be threatened by development.

We think this grass prefers undisturbed habitat so management must provide a sufficient buffer around each occurrence to prevent disturbance.

We need to know more about the habitat preference of this grass to narrow down the places to search.

Most records for this grass are from the Great Lake Plains and the morainal hills to the south. There are a few scattered reports in the northern Hudson Valley, but these reports should be verified.

This grass may be found from New York west to Wisconsin and Iowa, and south to Florida and Texas.

This is a clumping grass with an erect, slightly compressed stem up to 2.5 ft. tall. The soft leaves are mostly along the stem and 1/8 to 1/4 inch wide. The inflorescence is rather narrow but its branches, usually in sets of 5-8, are widely spaced, flexible, and often drooping. The spikelets arise well beyond the middle of each branch and have 2-5 flowers. The lemmas, with webby hairs at the base, have 5 distinct veins that are hairy on the marginal veins as well as the midvein almost to the tip. Hairs are often visible between the veins and on the intermediate veins.

This non-rhizomatous grass has an erect stem that is 40-80 cm tall. The stems are slightly compressed. The ligules are mostly 1-2 mm long. The panicle is 10-20 cm long, open, and with the short flexuous filiform branches (in 3's-8's) that are spreading or reflexed. The spikelets are 2-4 flowered, 2.5-4 mm long. The first glume is one-nerved, while the second glume is three-nerved. The lemmas are firm, obtuse, 2-3.5 mm long, and webbed at base with pilose hairs between the usually pubescent nerves. The midnerve (of the lemma) is pubescent to summit and distinctly 5-nerved with intermediate veins evident.

To allow for proper identification, a voucher specimen with the entire stem and leaves, along with mature fruit, should be collected.

Poa nemoralis, a non-native grass typically found in dry woods and along the edges of woods, has acuminate glumes, lemmas that are glabrous between the nerves, and lower panicle branches that do not reflex. Poa paludigena lemmas are apparently 3-veined and glabrous on the obscure intermediate veins, the ligule is short (1-1.5 mm) and truncate. Poa palustris lemmas are apparently 3-veined, the intermediate veins obscure or obsolete, and the ligule of cauline leaves is 3-5 mm long. Poa pratensis is a tufted or creeping rhizomatous perennial and is sod forming, has 5-veined lemma but the keel of the lemma is glabrous or scaberulous in the distal third.

This woodland grass flowers mid-May through June, with fruits persisting into August. Since fruits are needed to properly identify this plant, surveys should be conducted during this fruiting period.

The time of year you would expect to find Forest Blue Grass fruiting in New York. 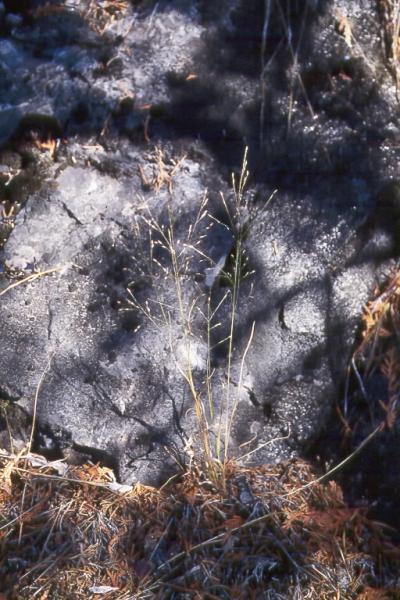 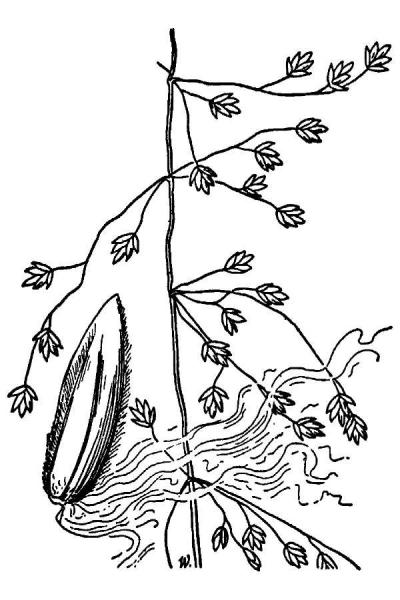