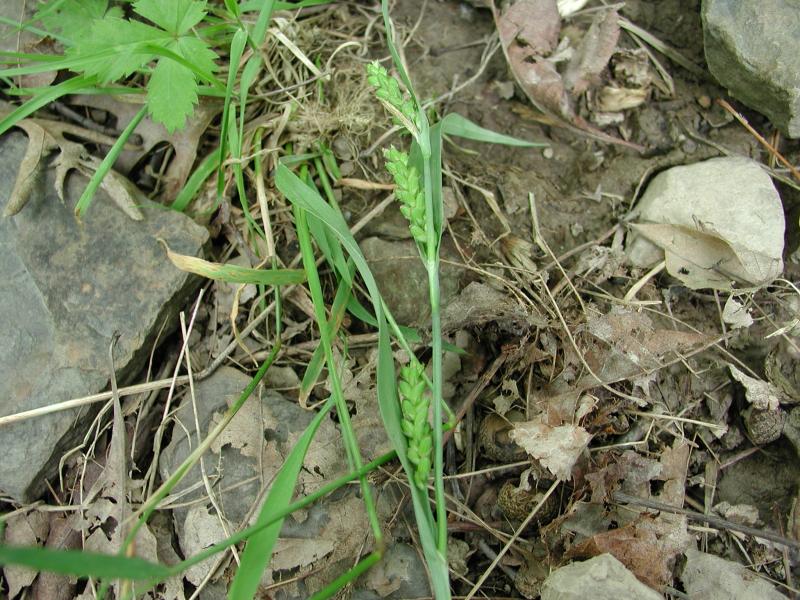 Glaucodea means gray-green (Fernald 1970), which is the color of the leaves and is created by a thin waxy coating on the surface of the leaf blades.

There are six existing populations but more are expected to be found as more people become familiar with the identification of this species. There are 10 historical occurrences.

There is one extant population that has been known for over 120 years. This population is quite healthy and robust. At least two populations are believed to be extirpated. Other information regarding long term trends is not available.

Carex glaucodea is known mostly from eastern New York (Albany and Rensselaer Counties south to Long Island) but is also known from a couple of sites in central New York.

This sedge is a densely tufted grass-like plant with leaves covered with a white waxy covering (glaucous) and up to (5.1-)5.7-10.8 mm wide. Flowering/fruiting stalks (culms) are 10-50 cm tall and contain 3-6 elongated clusters of flowers/fruits (spikes) that are arranged along the culm. Fruits (perigynia) have many fine impressed longitudinal nerves (Naczi and Bryson 2002).

Carex glaucodea has glaucous leaves. The bases of the culms are yellow-brown. The inflorescence consists of one terminal staminate spike which is 7-35 mm long and 2-5 lateral pistillate spikes. The peduncles of the pistillate spikes are smooth. Perigynia are spirally arranged along the axis of the spike, 3.2-4(-4.1) mm long, gradually taper to the apex, have no or only a tiny (0-0.3 mm long) beak, and have 43-54 impressed longitudinal nerves. Pistillate scales are relatively short awned tipped with awns 0-1(-1.5) mm long. Achenes have beaks that are bent (0-)30-90 degrees (Naczi and Bryson 2002).

The glaucous leaves make this Carex a little easier to identify vegetatively although fruits are still necessary to make a positive identification. Mature ample specimens with notes on whether the leaves are glaucous or not are best for identification.

In New York, this species is quite distinctive. There are two other Carex species (C. granularis and C. laxiculmis var. laxiculmis) which look similar vegetatively. Carex granularis has smaller perigynia (2.2-3.1(-3.7) mm long vs. to 3.2-4(-4.1) for C. glaucodea); "nerves" of the perigynia raised (vs. impressed); and beaks of the perigynia, when present, sometimes bent (vs. never bent). Carex laxiculmis has pistillate peduncles flexuous and drooping (vs. stiffer and erect to ascending); 4-9 perigynia per spike (vs. 10-45); and sharply triangular perigynia in cross section (vs. obtusely triangular) (Yatskievych 1999, Naczi and Bryson 2002).

The time of year you would expect to find Glaucous Sedge fruiting in New York. 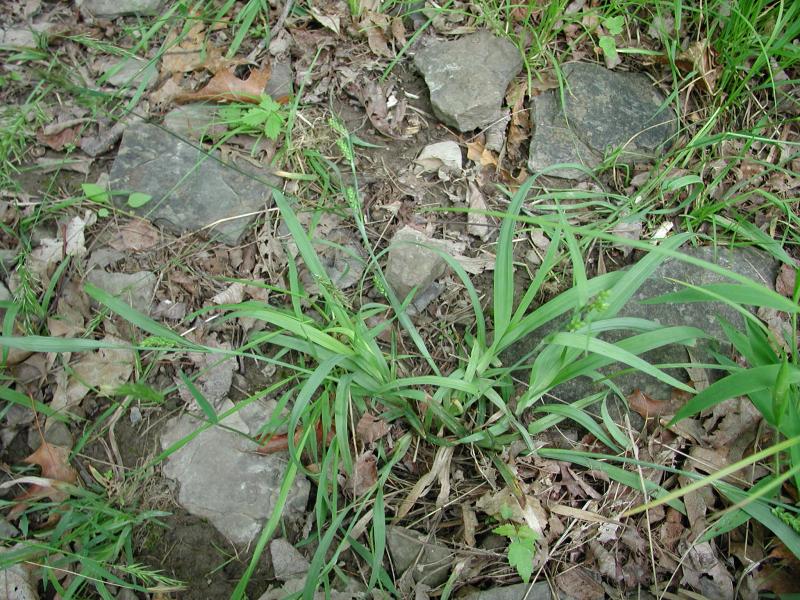