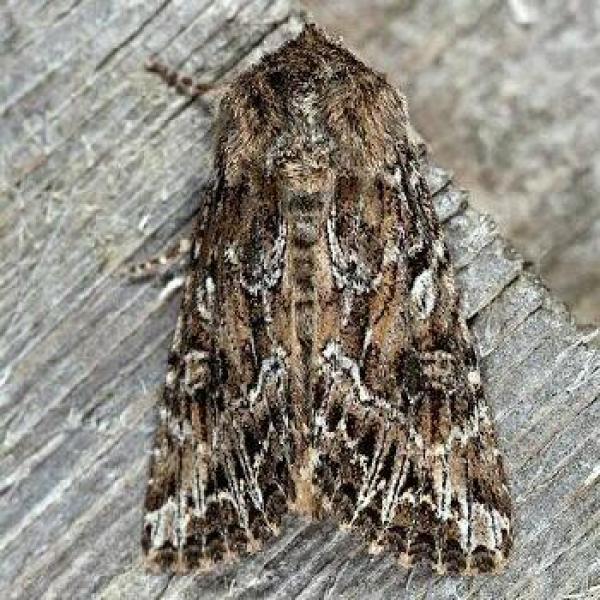 Apamea inordinata is included in a group of moths composed largely of North American apameine and noctuine Noctuidae. Most moths in this group are strong fliers. Individuals can easily travel a kilometer in half an hour, and 10 kilometers in a night.

Forbes (1948) reported that this moth was extremely local. There are only two recent records of the moth in New York despite much trapping effort on the east end of Long Island near historical localities.

The short-term trend for this species in New York State is unknown. One individual was documented on one occasion on Robins Island in 1997. The species was also captured on eastern Long Island in 2007.

The long-term trend for this species is unknown. Forbes (1948) reported that the moth was extremely local. Despite much trapping effort on the east end of Long Island near historical localities, there are only a few recent records of the species.

Additional inventory is needed at suitable habitats (dry, often sandy, areas with grasses and/or sedges). Surveys should be conducted at blacklight at night from June to July.

This moth is found in dry, often sandy, areas that contain grasses and/or sedges.

Currently, the only known occupied sites are on eastern Long Island and a nearby island. The moth is historically recorded from the eastern part of Long Island and Charlotte, New York.

Distribution data for U.S. states and Canadian provinces is known to be incomplete or has not been reviewed for this species. The species is known to occur in North America in New York, Pennsylvania, Wyoming, Ontario, and Quebec (NatureServe 2010).

This is a mostly brown moth. The forewing is patterned with various shades of brown and white. The wingspan is approximately 34 mm.

The food source for the larvae is thought to be a grass or sedge.

The best time to see this species is during its flight season, in June and July. It also comes to light rarely in October.

The time of year you would expect to find Irregular Apamea present and reproducing in New York.