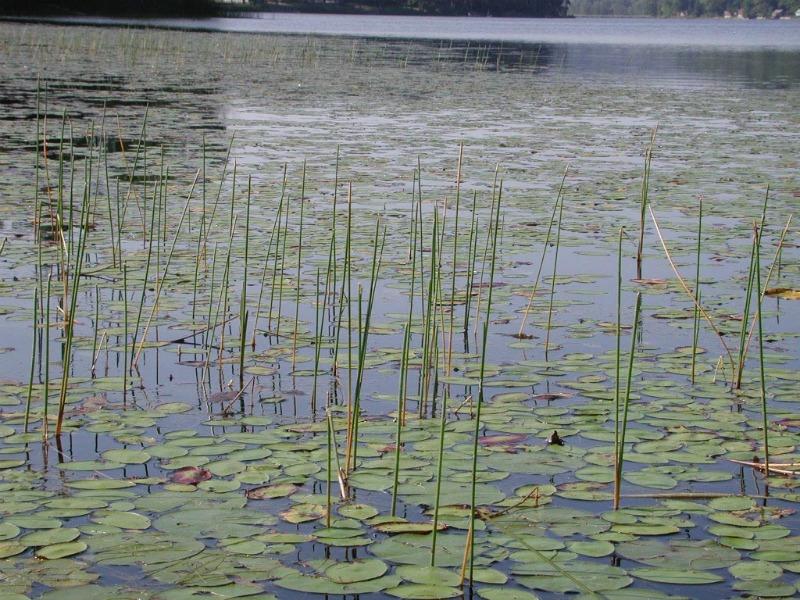 Knotted spikerush is one of the largest and most beautiful of the Eleocharis species in New York. It is the only species with jointed stems marked by light horizontal lines. These joints are what give it its species name which refers to the genus Equisetum, the horsetails, which also have jointed stems.

There are nine existing populations and six of them are in good to excellent condition. Three of them are fairly small and threatened by water birds. There are four historical occurrences which need further checking.

The current populations seem to be doing well with no large fluctuations in numbers.

More populations now exist than were known historically because of intensive surveys of Long Island in the 1980s. Only a couple of historical occurrences have not been relocated.

A few smaller populations are threatened by browsing by swans or geese.

Establish a buffer around the ponds where it grows to protect their hydrologic régime.

Most occurrences in New York are in shallow coastal plain ponds, with one from a shallow, sandy-bottomed cove of a larger lake (New York Natural Heritage Program 2007). Shallow water near the coast (Gleason and Cronquist 1991). Shallow water (Fernald 1970).

Most occurrences of Knotted Spikerush in New York are from the coastal plain on Long Island. There is also a single high-quality occurrence from Dutchess County.

New York is at the northeastern edge of the range of this species, which is also found in Ontario and southern New England, south along the Atlantic and Gulf Coasts, and scattered through the upper Midwest. It is disjunct to California.

Spikerushes consist of a simple stem (the leaves bladeless and inconspicuous), with the infloresence consisting of a solitary, many-scaled spikelet at the top of the stem. The perianth (sepals and petals), if present, is reduced to bristles. The base of the style is expanded into a tubercle, and is usually persistent on the fruit (achenes). Knotted spikerush is perennial from rhizomes. The stems are 50 to 100cm tall and 5 to 8.4mm wide, and septate (separated by lighter-colored transverse partitions across the stem) throughout their length, the divisions becoming closer together towards the spikelet.

Equisteum interstincta also may have septate divisions near the spikelet, but lacks them near the base of the stem. In its vegetative form.Juncus militaris may also be confused with E. equisetoides Both species have transverse partitions, but Juncus militaris has darker partitions that are closer together, as well as basal sheathing leaves.

Knotted Spikerush begins flowering in July and fruit may be present from August into October.

The time of year you would expect to find Horsetail Spike Rush vegetative and fruiting in New York. 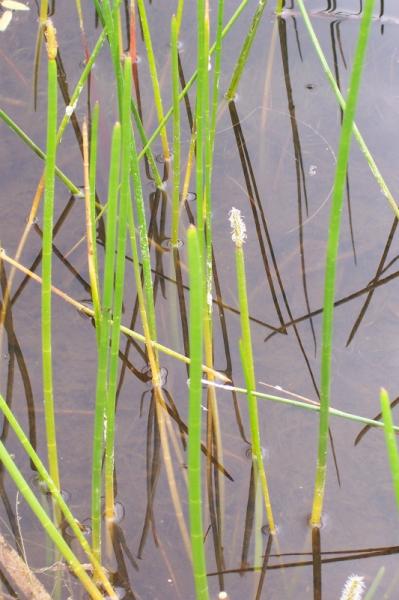 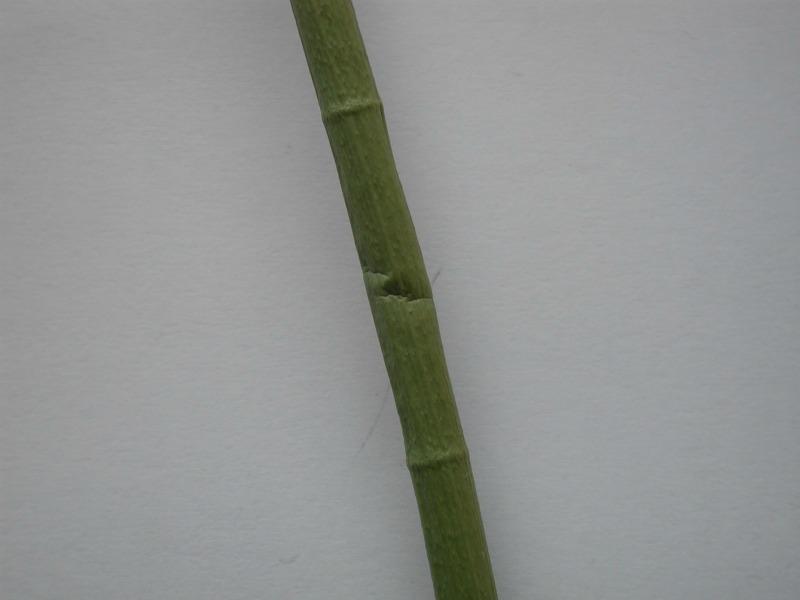 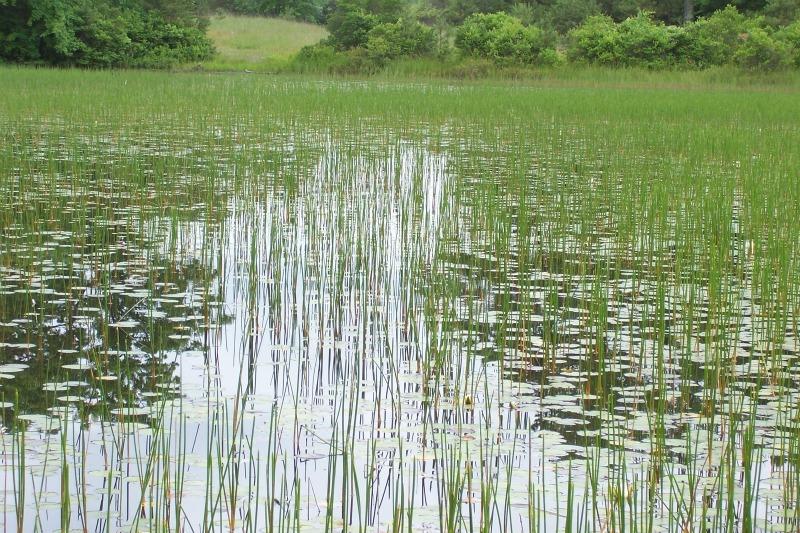 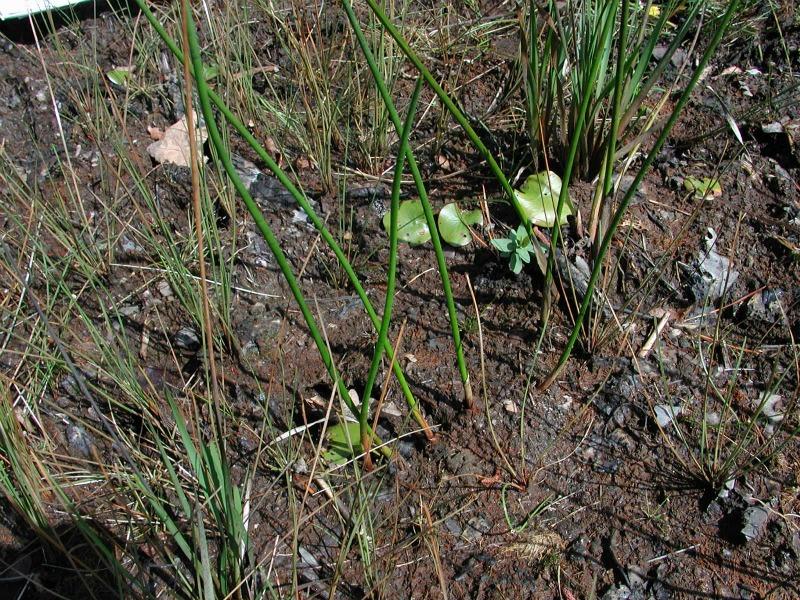 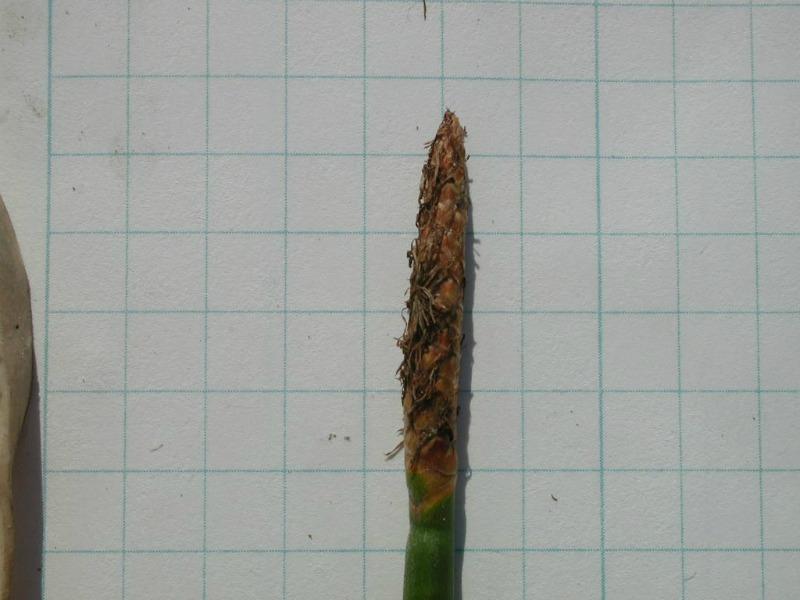 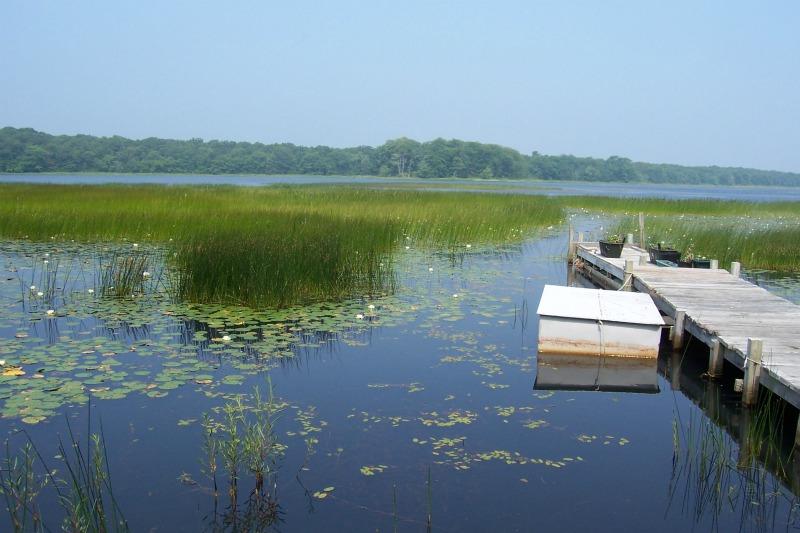 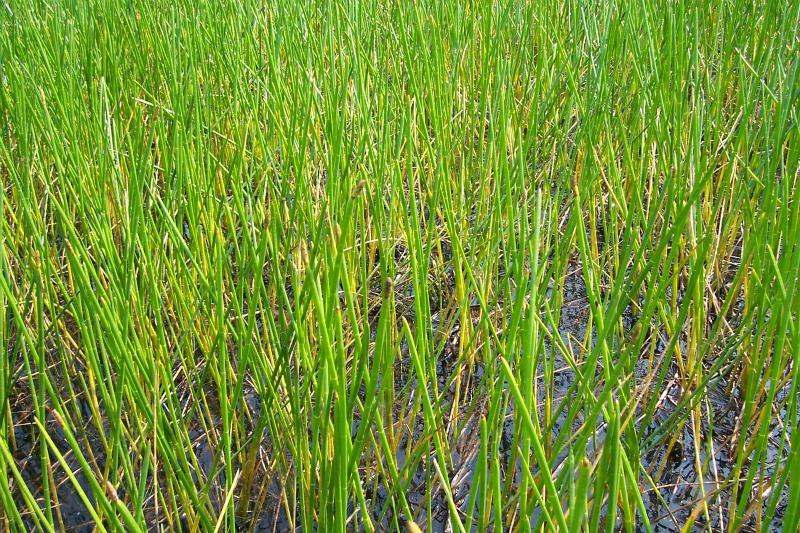