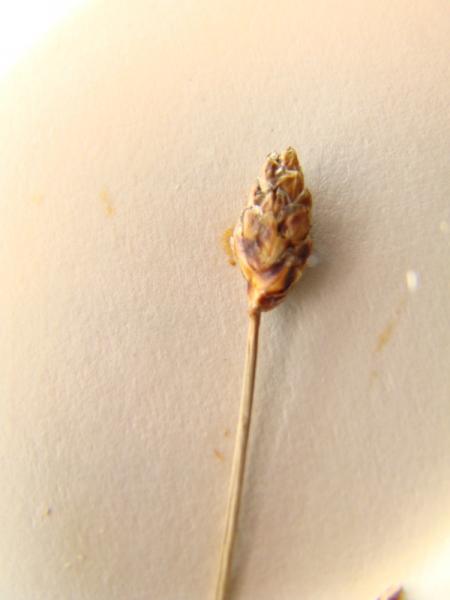 The species name refers to the small projection on the top of the fruit, persistent in varying shapes on most spike-rushes. The word has the same meaning in the disease tuberculosis, which produces small nodules or tubercles in the lungs (Wikipedia contributors).

There are eight existing populations but only two of them have more than 100 plants. Less than 50 plants have been counted in each of the remaining six populations. There are 21 populations from the late 1800s through the 1960s but nine of these, mostly from western Long Island, are considered gone because their habitat has been destroyed. The other remaining records have not been rechecked.

There is not enough information ito evaluate short-term trends. This is in part because water levels fluctuate, so follow-up surveys in subsequent years may not find plants because they are underwater.

This species has declined in the New York City, Western Long Island areas and few populations remain on the rest of Long Island.

The populations are adversely affected by pond margin development and changes in water quality.

The ponds need to be protected from direct disturbance by ATVs and excessive trampling. Exotic invasive species must be prevented from colonizing the shores, and present populations of invasives should be eliminated. A natural buffer of at least 200 feet should be established around the ponds to prevent excessive runoff and pollution events.

Research is needed into how these populations are affected by fluctuating water levels.

This spikerush is currently known only from Suffolk County on Long Island with historical records west through Queens and Staten Island north to Westchester County.

This spikerush occurs along the Atlantic coastal plain from New Hampshire to central Florida. It extends west through the Southeast United States from Virginia to Tennessee, Arkansas, Louisiana, and extreme southeastern Texas. Its northeastern limit is reached in western Maine and northern New Hampshire.

Spikerushes consist of a simple stem (the leaves bladeless and inconspicuous), with the infloresence a solitary, many-scaled spikelet at the top of the stem. The perianth (sepals and petals), if present, is reduced to bristles. The base of the style is expanded into a tubercle, and is usually persistent on the fruit (achenes). Long-tubercled Spikerush is a perennial species which forms dense clumps. The stems are elliptical or circular with rounded ridges, and the leaf sheaths are persistent, straw-colored or green and often with minute red spots. The spikelets are egg-shaped, 5 to 15 millimeters long and 1.5 to 2 mm wide. There are 5 to 6 bright brown perianth bristles, as long or shorter than the achenes. The achenes are brown, angled, 0.9 to 1.7 mm long, and each face has 8 to 10 with 8 to 10 depressions in each vertical row. The tubercles are at least as tall and wide as the achene, with a rounded tipl (FNA 2002).

Individuals with mature fruit are best for identification.

Eleocharis tortilis, a species considered extirpated in New York, is closely related to E. tuberculosa. It differs from E. tuberculosa by having tubercles shorter or narrower than the achenes, and acutely trigonous culms (FNA 2002).

Fruits are present from July through mid-October.

The time of year you would expect to find Long-tubercled Spike Rush fruiting in New York. 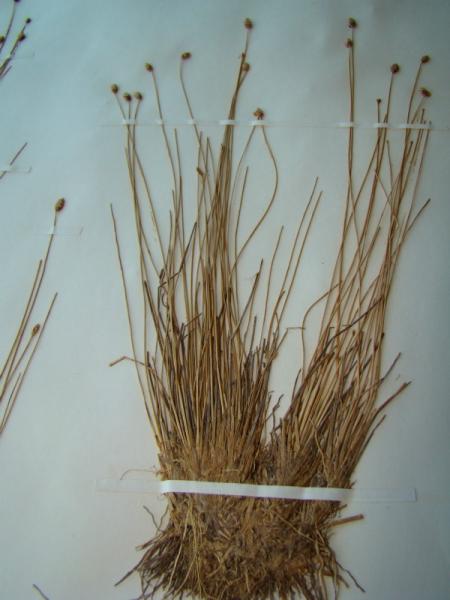 Eleocharis tuberculosa
Richard M. Ring -- Courtesy of the William and