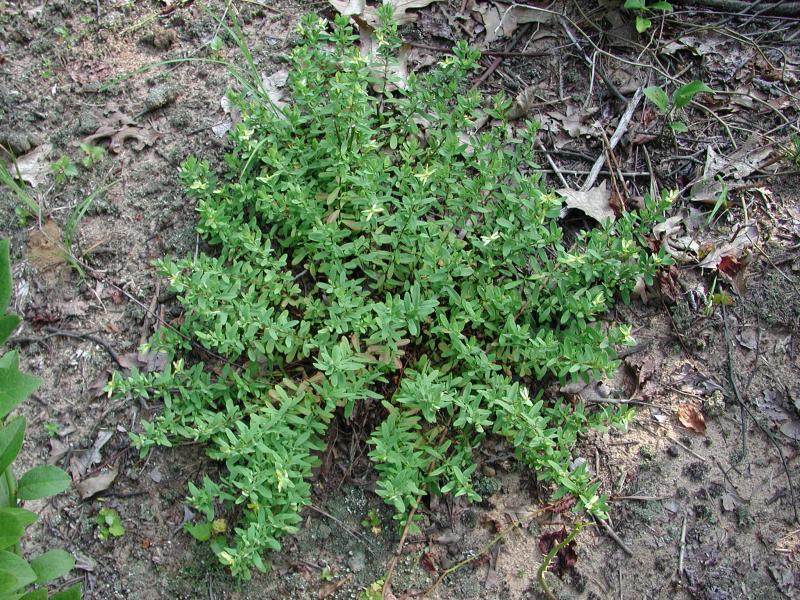 State Conservation Status Rank
S1
Critically Imperiled in New York - Especially vulnerable to disappearing from New York due to extreme rarity or other factors; typically 5 or fewer populations or locations in New York, very few individuals, very restricted range, very few remaining acres (or miles of stream), and/or very steep declines.
Global Conservation Status Rank
G5T4
Apparently Secure globally - The subspecies/variety is uncommon in the world but not rare; usually widespread, but may be rare in some parts of its range; possibly some cause for long-term concern due to declines or other factors. (The species as a whole is common globally.)

This species has managed to take advantage of disturbance created by humans along sandy powerline rights-of-way. The genus name is from the ancient Greek name for this plant, hypericon and is often found in older texts under the genus Ascyron (Fernald 1950).

The short-term trend of most populations is stable or slightly decreasing.

The largest threat to these populations is the lack of disturbance and the displacement of plants by succession.

Research is needed to find out how plants can be augmented in the areas where they occur.

This small shrub is currently known from Staten Island, and Nassau and Suffolk counties on Long Island.

This low shrub extends from southern New Jersey, west to southern Missouri, and eastern Oklahoma, south to eastern Texas and Florida. It is rare in Pennsylvania and New York where it reaches its northeastern limits.

St. Andrew's Cross is a low prostrate shrub forming small mounds of branches and leaves only 1-3 dm high. The opposite, narrowly-elliptic leaves are widest above the middle and 1-3 cm long. The flowers have four yellow, narrow petals that look like a cross or a chromosome. The numerous stamens are short. The one-chambered capsule is topped by two short styles.

The best time to identify this plant is when it is in flower but it can be identified in leaf because of its prostrate habit and opposite, oblanceolate leaves.

Hypericum hypericoides ssp. hypericoides an erect plant, mostly single-stemmed, freely branched above, (30-)50-120(-150) cm tall, with linear-elliptic to linear-oblong leaves that are broadest near the middle, and sepals and petals that are 10-18 mm long. Hypericum stans is an erect shrub with elliptic-oblong leaves, 7- 15 mm wide, and 3(4) styles.

This species flowers in late July and August with fruits persisting into late November. It may be distinguished vegetatively most of the growing season.

The time of year you would expect to find Low St. John's Wort vegetative, flowering, and fruiting in New York. 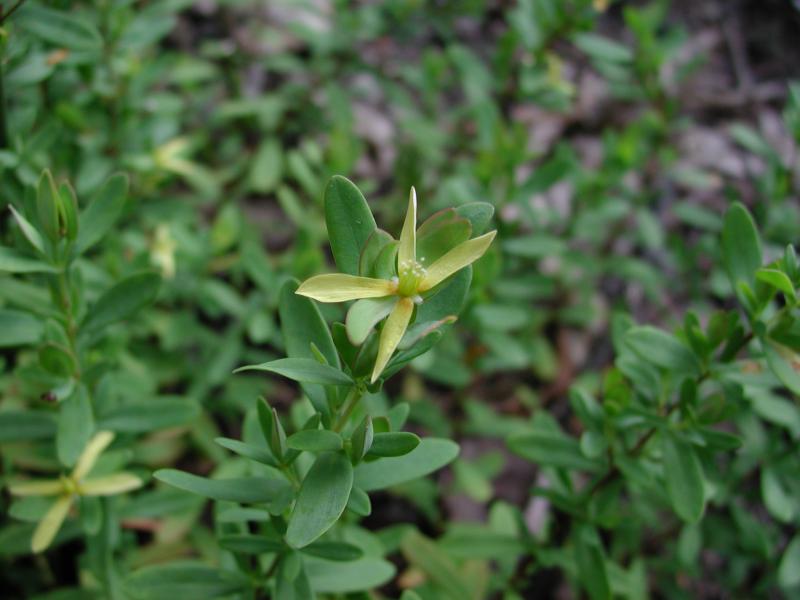 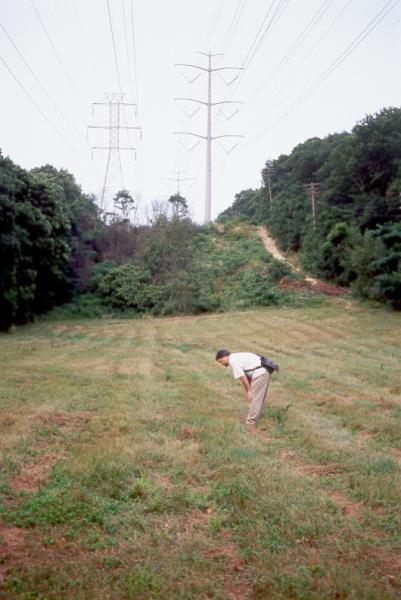