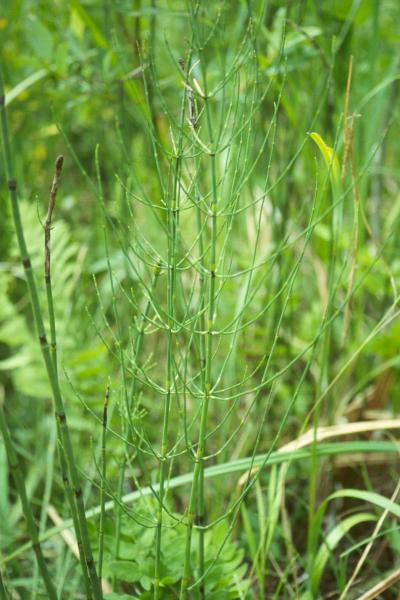 Species in the genus Equisetum are living members of a group of plants, the sphenophytes, that dominated the landscape during the age of dinosaurs. Some grew up to 100 feet tall but today's plants of the Equisetum family are much smaller, even though some species in South America may reach 15 feet in height.

The short-term trend is relatively stable as most populations have remained the same although one large population showed a substantial decline after one survey.

This plant was never common in New York but it seems to have declined over the last 100 years as some of the wetlands where it occurred have been destroyed or invaded by phragmites or purple loosestrife.

Some riverside plants may be threatened by damage from storms or by trampling by people using the banks for fishing or bathing. There is purple loosestrife present at one population but it is difficult to know if it will be a problem.

Protect populations from direct impact by humans and from the invasion of aquatic invasive plants like phragmites and purple loosestrife. Hydrology of the area should be maintained to protect the water level of the wetlands.

Research needs to be done into the habitat preference of this species since it occurs in small areas of larger wetlands. Water pH preference needs to be determined and population augmentation should be studied.

There are widely scattered occurrences of marsh horsetail throughout the the state.

Equisetum palustre is found across the northern tier of the United States, through most of Canada and Alaska, and into Eurasia including China, Korea, and Japan.

All horsetails are perennial from rhizomes, have hollow stems with prominent nodes and whorled leaves, and produce spores rather than seeds. Marsh horsetail has annual above-ground stems, with the fertile and sterile stems alike, and it fruits in the summer. The stem has 5-10 deep grooves, reducing the size of the central cavity to less than 1/3 the diameter of the stem. The leaf sheaths are green, loose, and expanded upward, with 10 or fewer white-margined teeth 3-7mm long. The branches are 5-6 angled, fairly short, and usually ascending and simple. The cone is 1 -3.5 cm long, blunt, and deciduous.

While fruiting stems may aid in identification, this species can be identified from vegetative stems as well.

Equisetum fluviatile and E. laevigatum both have a stem with (9-32) shallow ridges and a central cavity that is more than half the diameter of the stem. Equisetum pratense and E. sylvaticum have different fertile and sterile stems, and fruit (produce spores) in the spring. In their vegetative form they differ from E. palustre by normally having stems with more than 10 ridges, and sheaths with teeth only 1-2 mm long.

The time of year you would expect to find Marsh Horsetail vegetative and fruiting in New York. 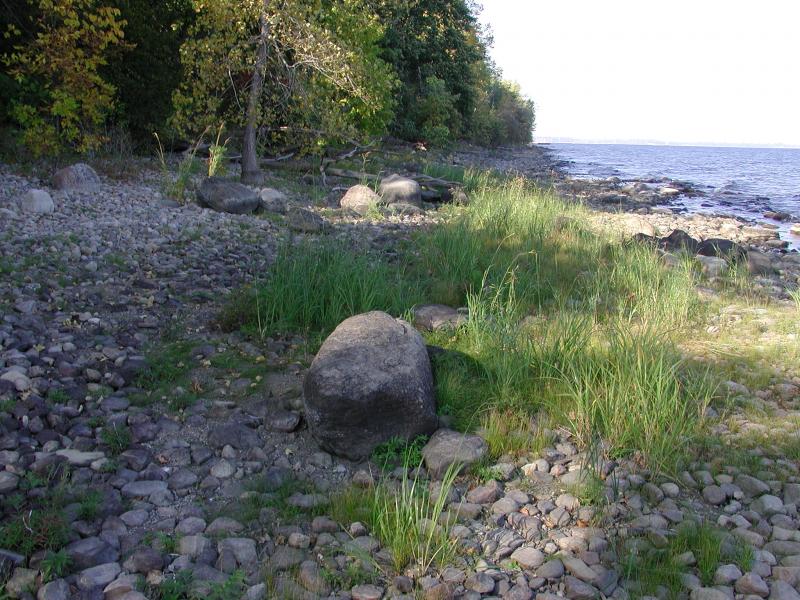 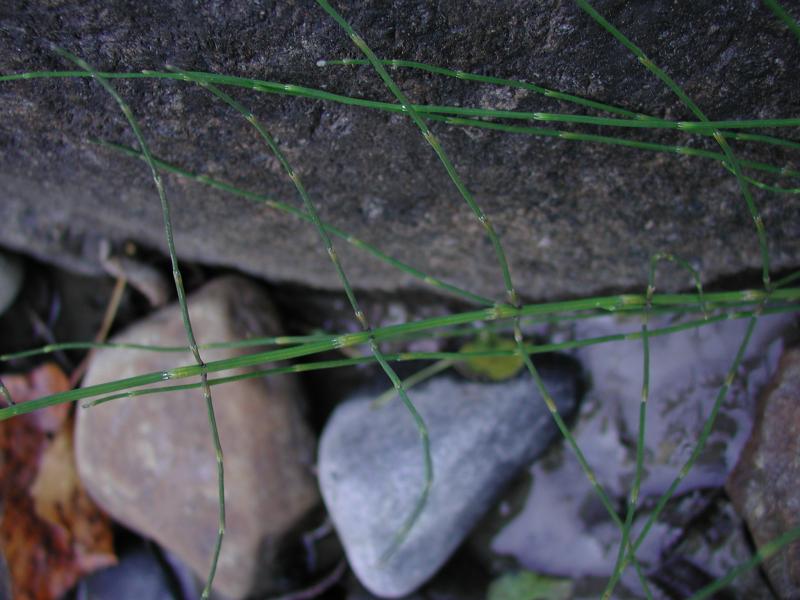