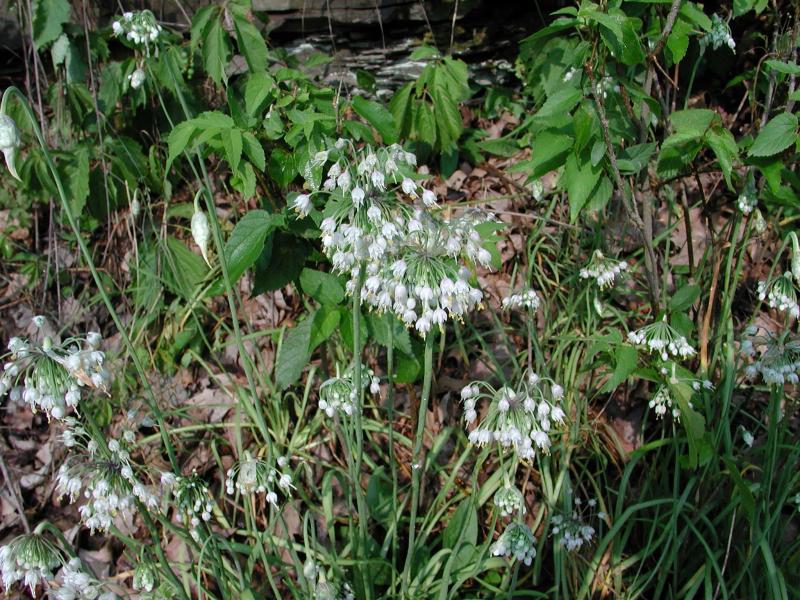 Nodding wild onion was first collected in New York in 1831 on the banks of Seneca Lake by Asa Gray's friend Nathan Folwell, a botanist from the town of Romulus, on the shores of Seneca Lake. Plants still survive along the lake today.

There are seven existing populations and most of them have over 100 plants each. There are 22 additional historical occurrences colleted from the 1880s to the 1950s.

The short-term trend is stable.

There seems to have been a moderate decline in populations from the past but many historical records have not been searched in detail so the species may be more common than we think.

Some populations occur along roadsides and are subject to road salt and future road improvements. There has been some herbicide use close to plants that are near a right-of-way. Some plants near a waterfall are subject to trampling.

Roadside management should avoid nearby populations.

In contrast to its habitat elsewhere in its range, in New York nodding wild onion has been collected most often from dry, rocky (often shaly) sites, such as cliffs and talus slopes. It occurs on open sites such as powerlines and mowed roadsides, as well as woodlands and oak-hickory forests (New York Natural Heritage Program 2013). Widely distributed on moist soils in mountainous and cool regions (FNA 2002). Marshy ground, swales and meadows, grassy forested banks, spreading along railroad embankments and roadsides (Reznicek et al 2013). Dry woods, rocky banks, and prairies (Gleason and Cronquist 1991).

Nodding Wild Onion is known mostly from the central southern tier of counties, from Allegheny in the west to Tioga in the east. There are also historical collections from Erie, New York, and Rennsalaer Counties.

This onion ranges from Nova Scotia to North Dakota in the north, south as far as North Carolina and Tennessee in the Appalachians, and west to Missouri.

Nodding wild onion is grass-like perennial which grows up to 60 cm tall from short-rhizomatous bulbs. The leaves are flat and 2-8 mm wide.The inflorescence is a nodding, rounded cluster of bell-shaped flowers (umbel) borne on leaf-less flower stalk (scape) with a bent or reflexed tip. The flowers are normally white but also may be pink to rose in color.

For positive identification nodding wild onion should ideally be in flower or fruit. With flowers or fruits, only the upper portion of the stem is needed. Positive identification in vegetative condition requires the entire plant, including leaves and bulbs -- but please do not collect this rare native onion species.

When compared to other Allium species native to New York, Allium cernuum var. cernuum is unique due to its basal leaves and nodding flowers. Allium vineale, an introduced and weedy species which may sometimes invade similar habitat, has erect rather than nodding infloresences and has generally taller leaves that are hollow at the base (to 60 cm versus 10 to 25 cm for A. cernuum).

The time of year you would expect to find Nodding Wild Onion vegetative, flowering, and fruiting in New York. 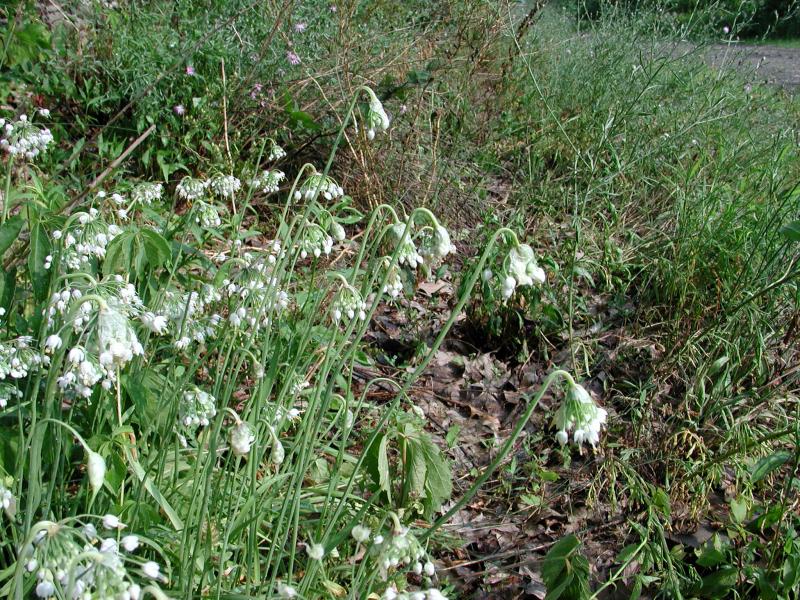 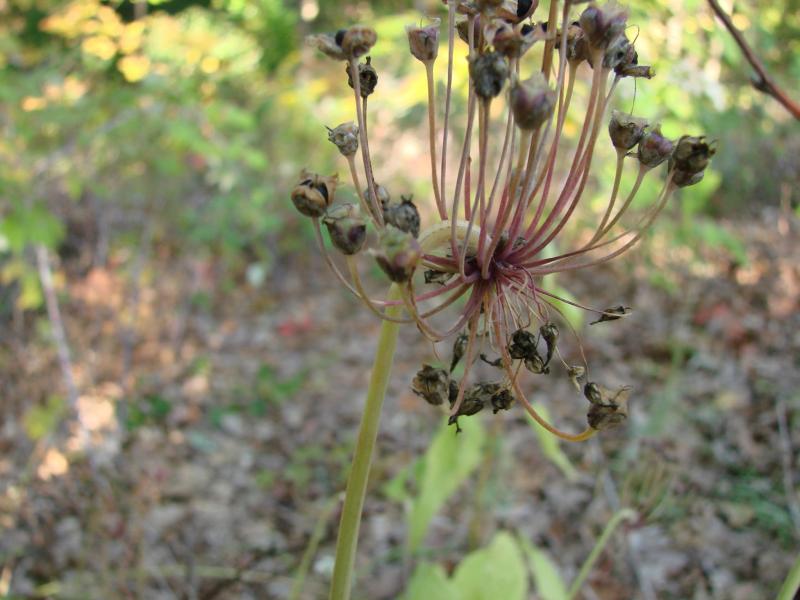 All of our Allium cernuum are variety cernuum.