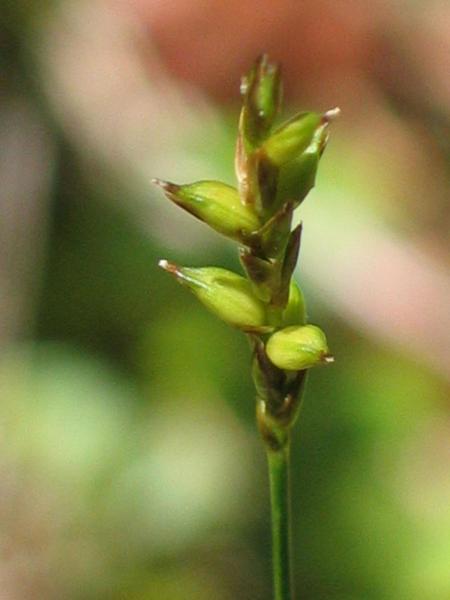 The specific epithet gynocrates means dominant female which is in reference to the stout female spikes (Fernald 1970).

There are only two known populations of this plant, one being discovered in 2005, and at least six historical locations that need further survey work. This plant tends to form large stands with hundreds to thousands of culms. In New York it is a sedge of calcareous wetlands, a very limited habitat type. It may be threatened by changes to hydrology, water chemistry changes, and invasive species

There are only two populations that have been seen in recent years. One of these populations was first found in 2005. It was probably overlooked in the past. The other population is large and healthy but no exact data is available on the trends. Therefore, short term trends are not clear but might indicate that this species is currently stable.

One population has been known for at least 140 years. Another populations was just discovered in 2005 but it was probably overlooked in the past. There are approximately seven or so additional populations that are only known from historical documentation. It is unknown if these populations are still extant. Overall, long term trends are unknown.

The two extant populations in New York are not currently threatened. This species does occur in very specific habitats that can be negatively impacted if the hydrology or water chemistry changes. Additionally, invasive species are a potential threat but currently do not seem to be significantly impacting the populations.

Surveys to all historical populations should be conducted to assess whether these populations are still extant.

Carex gynocrates is known from the northern parts of western and central New York to the western part of northern New York.

Northern bog sedge is a very fine grass-like perennial that grows in patches. Stems occur scattered along thread-like rhizomes and are 2-30 cm tall. Leaves are wispy and less than 1 mm wide. Stems have one flower/fruit cluster (spike) at their apex. These spikes vary from being composed of entirely male flowers, entirely female flowers, or having male flowers above and female flowers below. Fruits (perigynia) are 2.9-3.4 mm long (Cochrane 2002).

Carex gynocrates is long rhizomatous and colonial. Reproductive culms that are 2-30 cm tall, are produced singly or in twos or threes along rhizomes that are 0.3-0.8 mm wide. Leaves are filiform and 0.3-0.7 mm wide. The inflorescences are composed of one terminal spike. These spikes vary from being completely staminate to completely pistillate to androgynous with most being completely pistillate. Perigynia are ascending when immature and become spreading to reflexed at maturity. They are biconvex, 2.9-3.4 mm long, and have a beak 0.5 mm long (Cochrane 2002).

It is easiest to identify this sedge when it has immature to mature perigynia although, plants in flower are relatively easy to identify as well.

Carex gynocrates is a very distinctive species. It can be distinguished from all other species by its one spike per culm, long rhizomatous and colonial habit, and its perigynia which are biconvex in cross section.

Immature perigynia start in early June or occasionally earlier. They persist till late July or sometimes later. During the later part of this season the perigynia start to shed. Therefore, the best time to survey for this species is from June till mid July.

The time of year you would expect to find Northern Bog Sedge fruiting in New York. 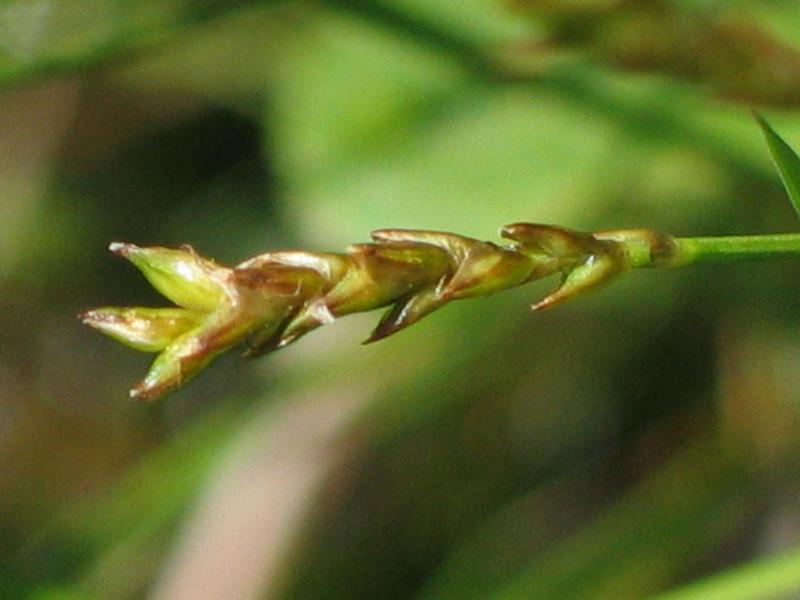 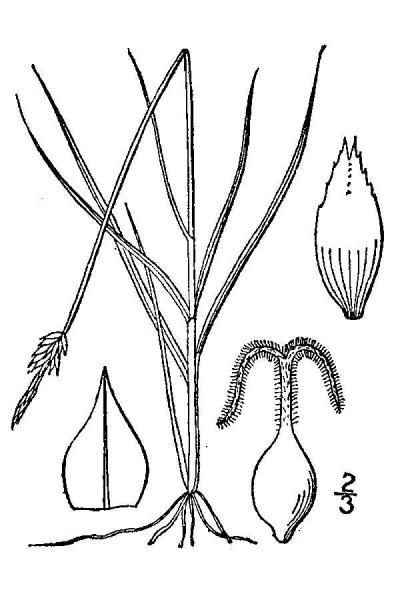