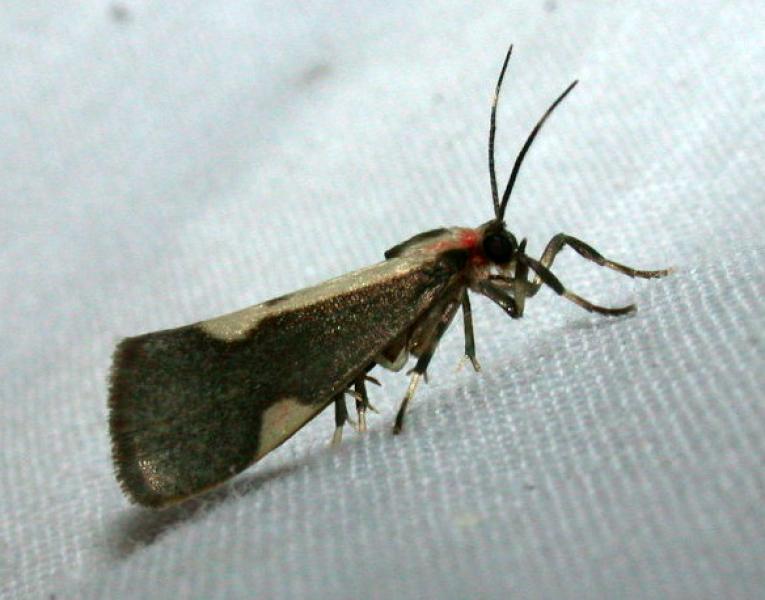 The short-term trend for Packard's lichen moth in New York State seems to be stable or possibly increasing. One population in the state that was surveyed five different years between 1995 and 2005. Approximately 100 individuals were captured over the course of these years, indicating that the population is viable and reproducing. The other five populations in the state have been surveyed only once each. Two of these populations were first documented in 2007.

The long-term trend for Packard's lichen moth in New York State is unknown because the historic status and distribution is unknown.

Elimination and fragmentation of habitat by commercial and residential development are threats to Packard's lichen moth. Also, fire suppression and allowing natural succession may eliminate suitable habitat for the species. The species is potentially vulnerable to air pollution, since air pollution kills lichens, on which larvae must feed. In addition, light from adjacent areas such as airports disturbs the moths.

Maintaining suitable habitat is the main management need. Several of the natural communities that Packard's lichen moth occupies in New York State require periodic fire or mechanical management to maintain the natural community. During prescribed burns, it is generally beneficial to leave some areas unburned to provide refugia for species. In addition, in occupied areas, it would be beneficial to restrict ATV use and minimize lighting in order to maintain dark sky conditions.

Research is needed to determine the habitat requirements of Packard's lichen moth and the lichens on which the larvae feed.

Habitat requirements for Packard's lichen moth are very poorly understood. In most cases, the species seems to inhabit dry to mesic forests or woodlands with lichens (NatureServe 2010). Suitable habitat must contain lichens on which larvae feed, however the specific species of lichens on which larvae feed are unknown. In New York State, the species has been captured in dwarf pine plains, maritime heathlands, pitch pine-oak forests, pitch pine-oak-heath woodlands, and maritime grasslands.

Packard's lichen moth is known to exist on Long Island. It may be expanding its range. It is common to the south.

Packard's lichen moth is known to occur from New York south to Florida and west to Missouri and Texas (Covell 1984).

In Missouri, there are two broods each year (Covell 1984).

The best time to see Packard's lichen moth is during its flight season, from May-September (Covell 1984). In New York State, adults have been captured in June and August to early September.

The time of year you would expect to find Packard's Lichen Moth present and reproducing in New York.