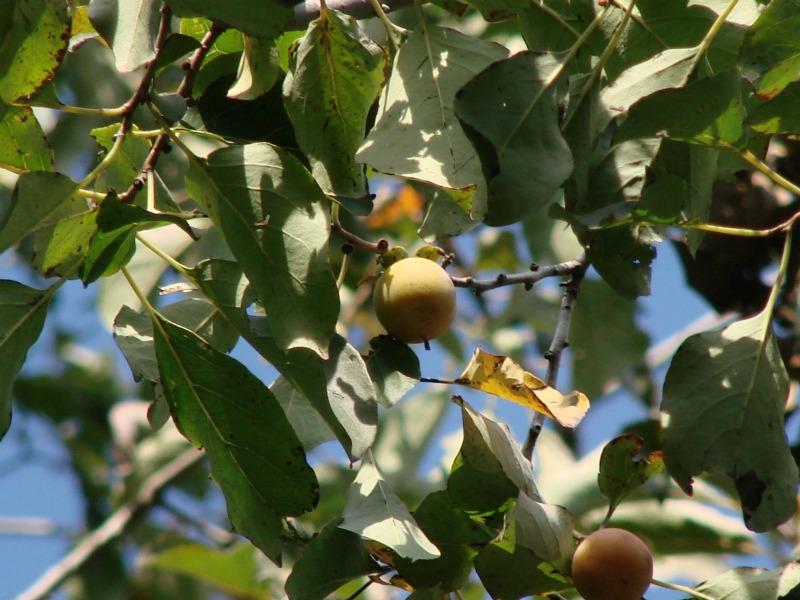 The scientific name Diospyros can be translated to "Jupiter's grain," and what God wouldn't want to eat this delicious fruit? This species is one of only two temperate members of the tropical ebony family, the other one being Diospyros texana. The fruit from a third species, Diospyros kaki, is known as the Chinese persimmon and can sometimes be found in supermarkets, especially on the West Coast (Wikipedia contributors).

There are 13 existing populations, but only two of these have over 100 stems. Most of them are small groups of trees in highly developed areas. There are 15 historical occurrences, mostly from the New York City and western Long Island area, where many of them can be considered extirpated.

The population seems stable, but there has not been a lot of recent survey work to see if many of the small populations remain.

Most populations are found in small natural areas surrounded by development, so they are threatened by invasive species, improper management of the habitat, and direct development.

Trees need to be protected from direct destruction, and a natural buffer needs to be maintained around them to encourage regeneration.

In New York, native persimmon populations occur in a variety of forested habitats on Long Island and in New York City. They have been found in coastal oak-hickory forests, in swampy woods with blackgum, red maple, and spicebush, and along the margin of coastal ponds and wet depressions (New York Natural Heritage Program 2010). Forests, seasonally flooded bottomlands, dry ridgetops, abandoned agricultural land (FNA 2009). Mostly in dry woods (Gleason and Cronquist 1991).

This tree is known from Suffolk and Nassau Counties on Long Island, as well as Staten Island. It used to range north through New York City to Westchester County, but is now considered extirpated there.

This tree is common from southern Pennsylvania south to Florida, and west to southern Iowa and Eastern Kansas, then south through Oklahoma and eastern Texas. It reaches its northeastern limits in southeastern New York and Connecticut.

Persimmon is a small tree (40 to 60 feet at maturity) with deeply furrowed, blocky, "alligator skin" bark. Belonging to the Ebenaceae (the ebony family), it has hard wood, with the older heartwood becoming very dark. It has alternate branching, with somewhat zig-zag twigs and dark, appressed buds with only two bud scales. Persimmon leaves are simple and entire, petiolate, oval or oblong, about 4 to 6 inches long with pointed tips, and are glossy above and paler beneath. The flowers are pale yellow, with petals fused at their base and divided into four spreading lobes at their ends. The fruits are yellow to orangish brown berries, 1 to 2 inches across, somewhat resembling unripe tomatoes. They are edible and highly prized when ripe (normally not until after a frost) and bitterly astringent if tried too early. (Gleason and Cronquist 1991, Wikipedia contributors).

Persimmon may be identified throughout the year in any life stage.

Diospyros virginiana is our only native species of persimmon, and the bark, flowers, and fruit are all distinctive. Blackgum (Nyssa sylvatica) has similarly shaped leaves, and large trees may also develop a blocky "alligator skin" bark. It differs from persimmon by having twigs with three bundle scars (persimmon have a single large bundle scar), leaves clustered onto short or spur shoots, greenish and inconspicuous flowers, and by its fruit, which are small dark drupes.

This tree has a distinctive bark which can be seen any time of the year. It flowers in late June and early July, with the large fleshy fruits visible from late July through September.

The time of year you would expect to find Persimmon vegetative, flowering, and fruiting in New York. 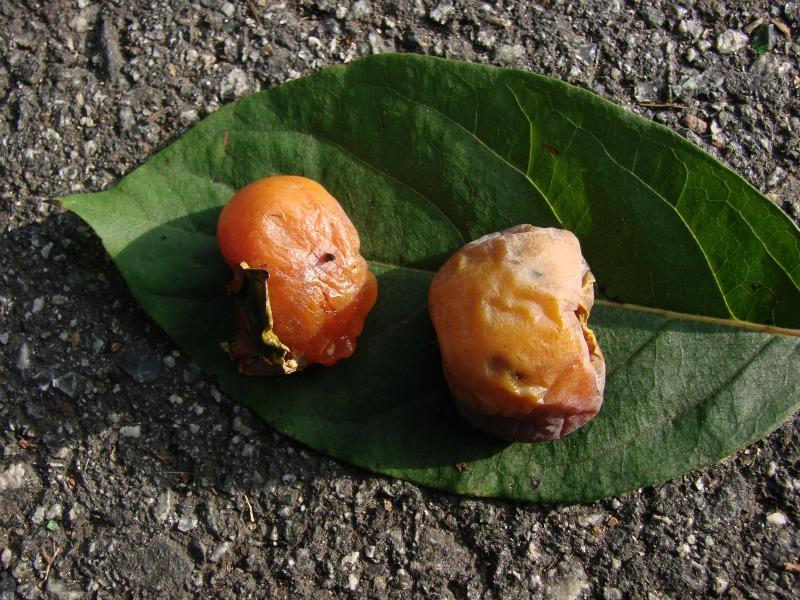 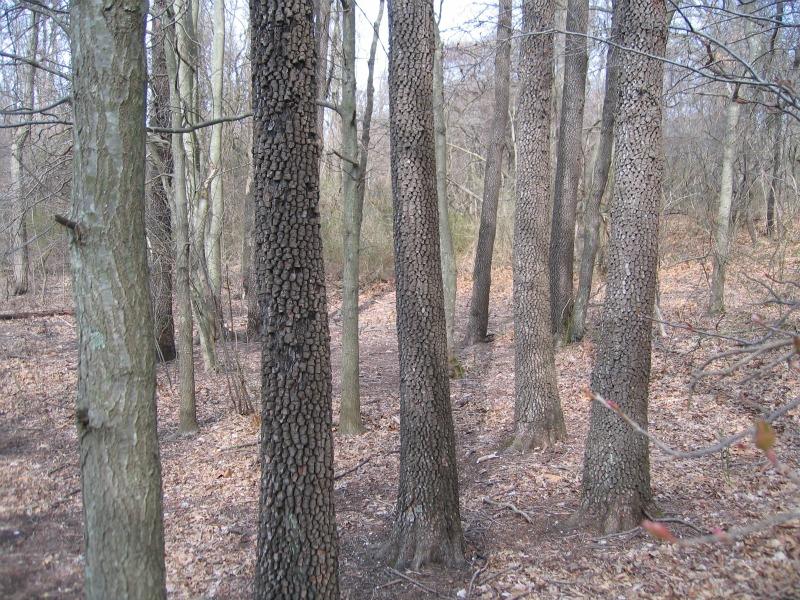 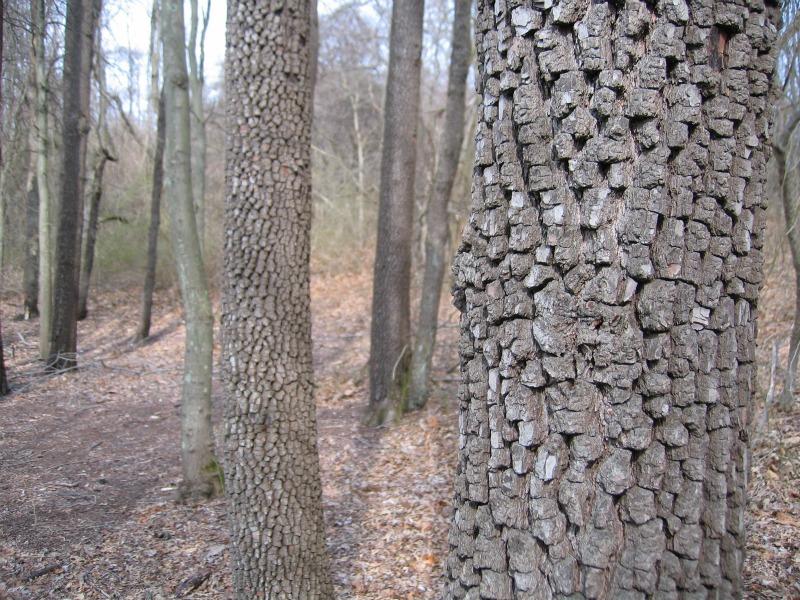