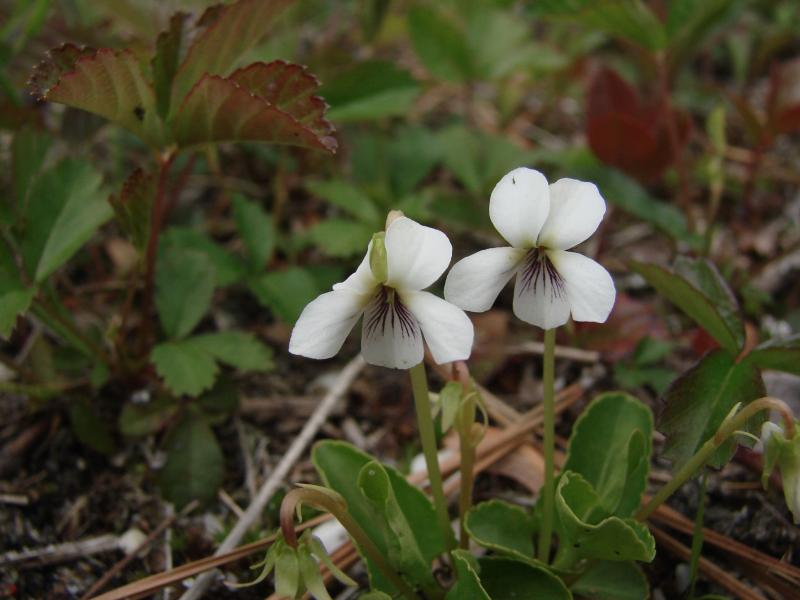 The state's largest population of this beautiful white violet has less than 300 plants.

There are 12 existing populations, but most are small in size with under 100 plants and growing in a small area. There are 21 historical occurrences known , but many of them have been developed or manipulated.

The long-term trend is somewhat negative. There has been a moderate decline in the number of populations in the last 100 years, especially on Staten Island and western Long Island. Existing populations are small and many of them are unprotected so we can expect further decline in the future.

Since the species grows in successional openings of wet pine barrens it is most threatened by the loss of open canopied gaps as woody plants colonize these openings. Loss of habitat to residential and commercial development of these openings is also a threat.

Research is needed to determine the optimal soil and habitat conditions for the growth of this species.

This violet is currently known from Staten Island and Suffolk and Nassau counties on Long Island. There are historical records west through New York City to Ulster and Sullivan counties. There is also a disjunct specimen from St. Lawrence County.

Viola primulifolia is a perennial wildflower species growing from rhizomes and also producing short stolons late in the growing season. It is a "stemless" violet, meaning that the flowers are borne singly on leafless stalks emerging directly from the base of the plants. The leaves are 1.5 to 2.5 times as long as broad, subtruncate to cordate at the base, and the margins have small rounded teeth. The petals are white, the lower 3 with brownish-purple veins. The fruit are green capsules containing brown to black seeds (Rhoads and Block 2000, Haines 1998).

The best time to identify this plant is when it is in flower but leaf characters can separate it from the two closely related species.

Viola primulifolia is closely related to V.macloskeyi and V. lanceolata, intermediate between the two species in form, and may hybridize with both. Leaf characters separate the three species: V. lanceolata's leaves are lance-shaped, at least 3 times as long as wide, and the teeth on their margins are tipped with tiny black glands, while V. macloskeyi's leaves are no more than 1.2 times as wide as long and distinctly cordate.

Primrose-leaf Violet flowers from May through early June, and the fruits may persist into September.

The time of year you would expect to find Primrose-leaf Violet vegetative, flowering, and fruiting in New York. 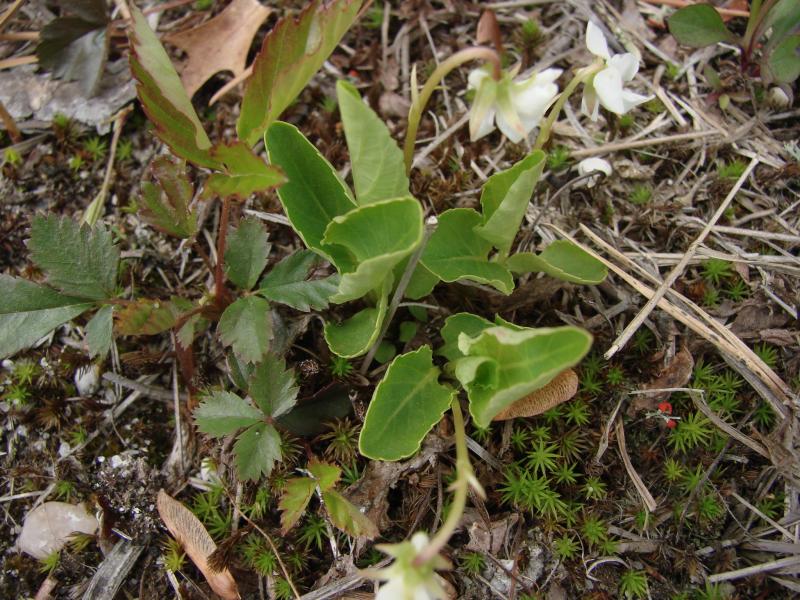 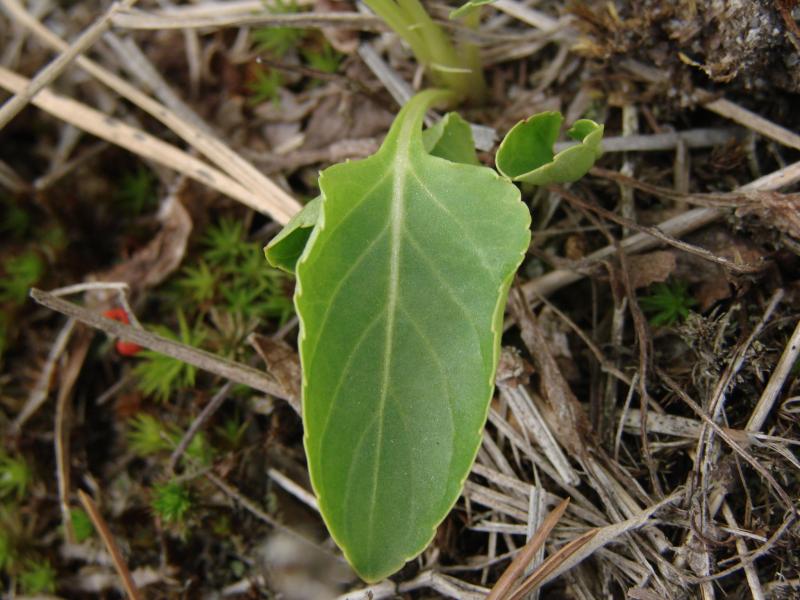