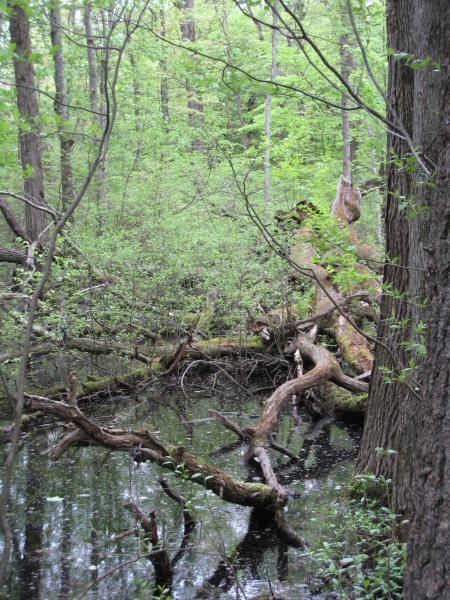 There are an estimated 20 to 30 extant occurrences statewide. Very few documented occurrences have good viability and few are protected on public land or private conservation land. This community has a somewhat limited statewide distribution that is primarily concentrated on the coastal plain where there are a few small, good quality examples. The current trend of this community is probably stable for occurrences on public land and private conservation land, or declining slightly elsewhere due to moderate threats that include alteration of the natural hydrology and introduction of invasive species.

The number and acreage of red maple-swamp white oak swamps in New York have probably declined slightly, or remained stable, in recent decades as a result of wetland protection regulations. Since World War II, urbanization has emerged as the predominant force impacting wetlands in most parts of the region (Golet et al. 1993).

The number and acreage of red maple-swamp white oak swamps in New York have probably declined substantially from historical numbers likely correlated with agricultural and other development. The principal causes of wetland loss in the Northeast prior to mid-1800s include conversion of wetlands to agriculture, the construction of impoundments for hydropower and water supply, and the cutting of swamp timber for lumber, fence posts, and fuel wood (Golet et al. 1993).

Red maple-swamp white oak swamps are threatened by development in the surrounding landscape and its assocaited run-off (e.g., residential and commercial development, roads, bridges, utility ROWs, etc.), habitat alteration (e.g., excessive logging, filling, pollution), and recreational overuse (e.g., hiking, ATVs, trash dumping). Alteration to the natural hydrological regime is also a threat to this community (e.g., impoundments, blocked culverts, lowering water table). Deer over-browsing may be a threat at a few sites. Several red maple-swamp white oak swamps are threatened by invasive species, such as reedgrass (Phragmites australis ssp. australis ) and multiflora rose (Rosa multiflora). Conversion of wetlands for agriculture was a major cause of inland wetland loss in many areas of the Northeast historically, and it is still an important factor today, most notably in New York (Golet et al. 1993). In 2001, the federal Supreme Court ruled that the US Congress did not give authority to the US Army Corps of Engineers (US ACE) under section 404 of the Clean Water Act to regulate the filling of isolated wetlands. This decision led US EPA and US ACE officials to issue guidance in January 2003 that made it more difficult for regulators to protect isolated wetlands, such as perched swamp white oak swamps (Comer et al. 2005).

Where practical, establish and maintain a natural wetland buffer to reduce storm-water, pollution, and nutrient run-off, while simultaneously capturing sediments before they reach the wetland. Buffer width should take into account the erodibility of the surrounding soils, slope steepness, and current land use. Wetlands protected under Article 24 are known as New York State "regulated" wetlands. The regulated area includes the wetlands themselves, as well as a protective buffer or "adjacent area" extending 100 feet landward of the wetland boundary (NYS DEC 1995). If possible, minimize the number and size of impervious surfaces in the surrounding landscape. Avoid habitat alteration within the wetland and surrounding landscape. For example, roads and trails should be routed around wetlands, and ideally should not pass through the buffer area. If the wetland must be crossed, then bridges and boardwalks are preferred over filling. Restore swamps that have been affected by unnatural disturbance (e.g., remove obsolete impoundments and ditches in order to restore the natural hydrology). Prevent the spread of invasive exotic species into the wetland through appropriate direct management, and by minimizing potential dispersal corridors, such as roads.

This vegetation occurs in southern New England south to Maryland and northern Virginia, but occurreces similar to NY on sandy soil underlain by a clay layer are presumed to be more limited in distribution.

The swamp is on sandy soils that are underlain by a clay layer. It is codominated by red maple (Acer rubrum) and oaks, such as swamp white oak (Quercus bicolor) and/or pin oak (Q. palustris). The swamp floods seasonally and draws down in most years exposing a leaf litter substrate.

Known examples of this community have been found at elevations between 5 feet and 290 feet.

Late fall and winter are a good time to walk through red maple-swamp white oak swamps, because the water usually has drawn down exposing the firm substrate blanketed with leaf litter. 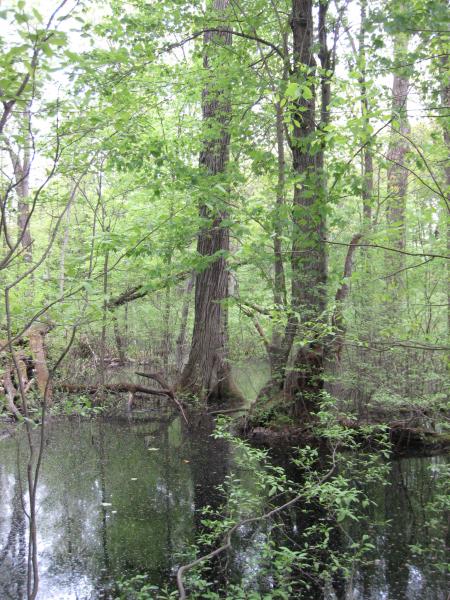 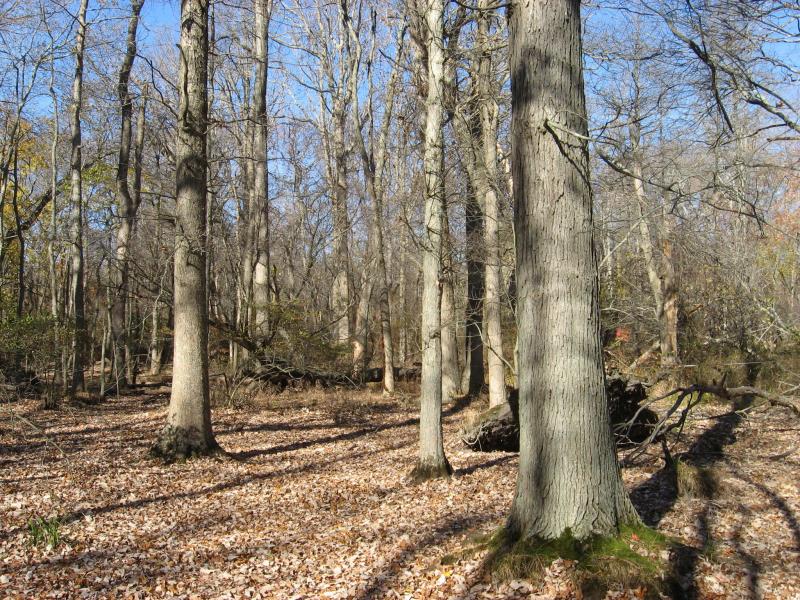 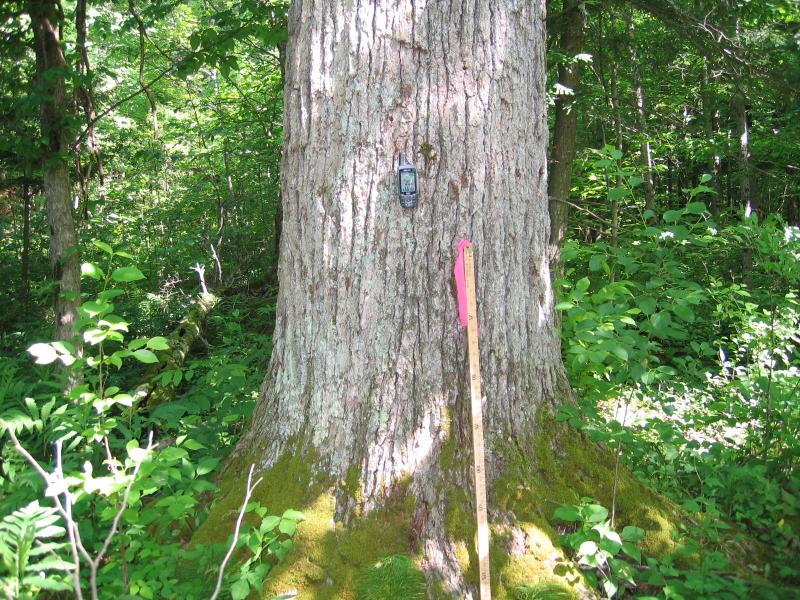 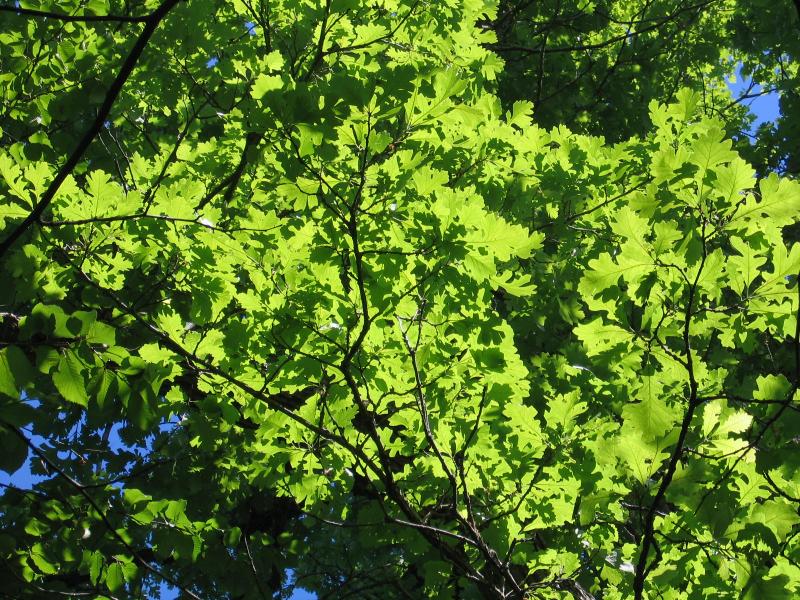 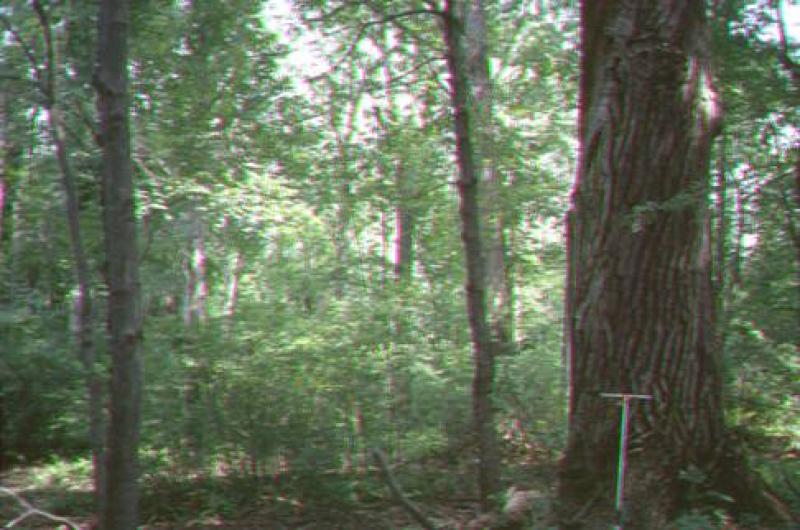 This figure helps visualize the structure and "look" or "feel" of a typical Red Maple-Swamp White Oak Swamp. Each bar represents the amount of "coverage" for all the species growing at that height. Because layers overlap (shrubs may grow under trees, for example), the shaded regions can add up to more than 100%.