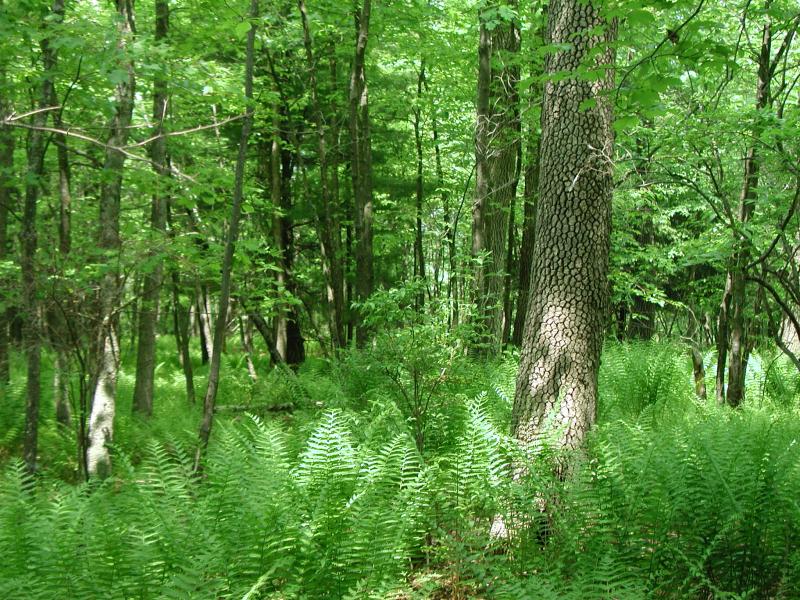 Ever wonder how tupelo honey received its name? Tupelo honey is a special type of light golden honey that never granulates. It is produced by using bees to pollinate the blackgum tree (Nyssa sylvatica), also called tupelo, by applying an unusual method. Bees are placed on elevated platforms in swamps during April and May. They travel only to the nearby blackgum blossoms, pollinate the trees, and return to the hive to produce tupelo honey.

There are an estimated 20 to 30 extant occurrences statewide. A few documented occurrences have good viability and few are protected on public land or private conservation land. This community has a somewhat limited statewide distribution that is primarily concentrated on the coastal plain where there are several small, good quality examples. The current trend of this community is probably stable for occurrences on public land, or declining slightly elsewhere due to moderate threats that include alteration of the natural hydrology and introduction of invasive species.

The number and acreage of red maple-blackgum swamps in New York have probably declined slightly, or remained stable, in recent decades as a result of wetland protection regulations. Since World War II, urbanization has emerged as the predominant force impacting wetlands in most parts of the region (Golet et al. 1993).

The number and acreage of red maple-blackgum swamps in New York have probably declined substantially from historical numbers likely correlated with agricultural and other development. The principal causes of wetland loss in the Northeast prior to mid-1800s include conversion of wetlands to agriculture, the construction of impoundments for hydropower and water supply, and the cutting of swamp timber for lumber, fence posts, and fuel wood (Golet et al. 1993).

Where practical, establish and maintain a natural wetland buffer to reduce storm-water, pollution, and nutrient run-off, while simultaneously capturing sediments before they reach the wetland. Buffer width should take into account the erodibility of the surrounding soils, slope steepness, and current land use. Wetlands protected under Article 24 are known as New York State "regulated" wetlands. The regulated area includes the wetlands themselves, as well as a protective buffer or "adjacent area" extending 100 feet landward of the wetland boundary (NYS DEC 1995). If possible, minimize the number and size of impervious surfaces in the surrounding landscape. Avoid habitat alteration within the wetland and surrounding landscape. For example, roads and trails should be routed around wetlands, and should not pass through the buffer area. If the wetland must be crossed, then bridges and boardwalks are preferred over filling. Restore past impacts, such as removing obsolete impoundments and ditches in order to restore the natural hydrology. Prevent the spread of invasive exotic species into the wetland through appropriate direct management, and by minimizing potential dispersal corridors, such as roads.

When considering road construction and other development activities minimize actions that will change what water carries and how water travels to this community, both on the surface and underground. Water traveling over-the-ground as run-off usually carries an abundance of silt, clay, and other particulates during (and often after) a construction project. While still suspended in the water, these particulates make it difficult for aquatic animals to find food; after settling to the bottom of the wetland, these particulates bury small plants and animals and alter the natural functions of the community in many other ways. Thus, road construction and development activities near this community type should strive to minimize particulate-laden run-off into this community. Water traveling on the ground or seeping through the ground also carries dissolved minerals and chemicals. Road salt, for example, is becoming an increasing problem both to natural communities and as a contaminant in household wells. Fertilizers, detergents, and other chemicals that increase the nutrient levels in wetlands cause algal blooms and eventually an oxygen-depleted environment where few animals can live. Herbicides and pesticides often travel far from where they are applied and have lasting effects on the quality of the natural community. So, road construction and other development activities should strive to consider: 1. how water moves through the ground, 2. the types of dissolved substances these development activities may release, and 3. how to minimize the potential for these dissolved substances to reach this natural community.

This community is primarily located within the Long Island Lowland and Moraine subsection of the Mid-Atlantic Coastal Plain in Suffolk County, but a few inland examples are known from the Hudson Limestone Valley and the Eastern Adirondack Low Mountains. There may be a few additional sites of the inland variant of red maple-blackgum swamp scattered throughout upstate New York.

A hardwood swamp dominated by red maple (Acer rubrum) and blackgum (Nyssa sylvatica), that occurs in maritime, coastal, and inland areas, within poorly-drained depressions. The soil is typically made up of a thin layer of acidic, well-decomposed peat over sandy loam or loamy sand. The understory vegetation composition may vary between swamps on the coastal plain and those inland. For example, coastal plain swamps may include inkberry (Ilex glabra) and netted chain fern (Woodwardia areolata), whereas more northern, inland swamps may have mountain holly (Nemopanthus mucronatus) (Edinger et al. 2002).

The community vegetation is at its peak during midsummer; at this time ferns, sedges, and herbs can be readily observed and identified. Striking seasonal leaf color can be enjoyed in the fall. 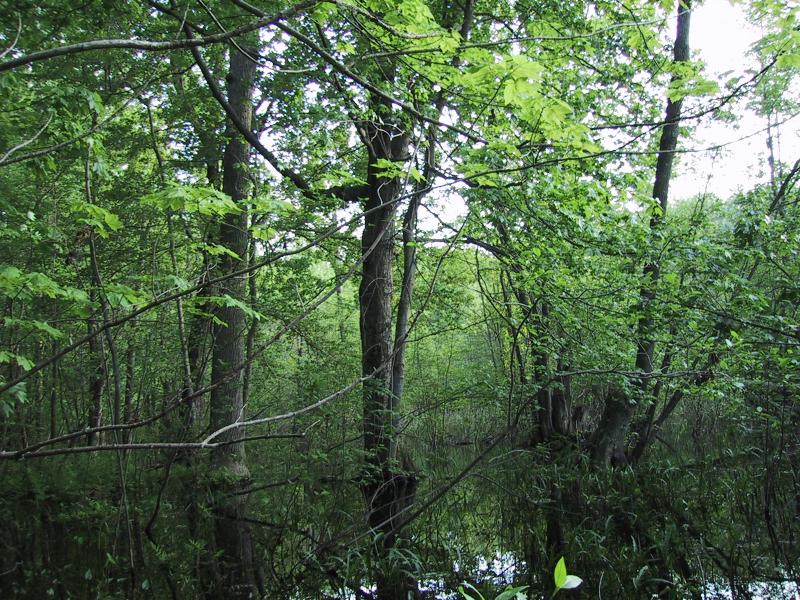 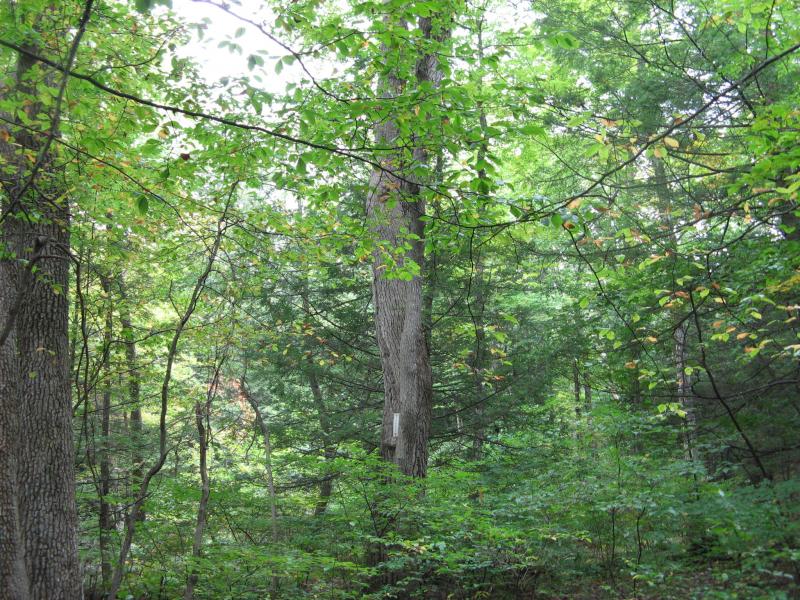 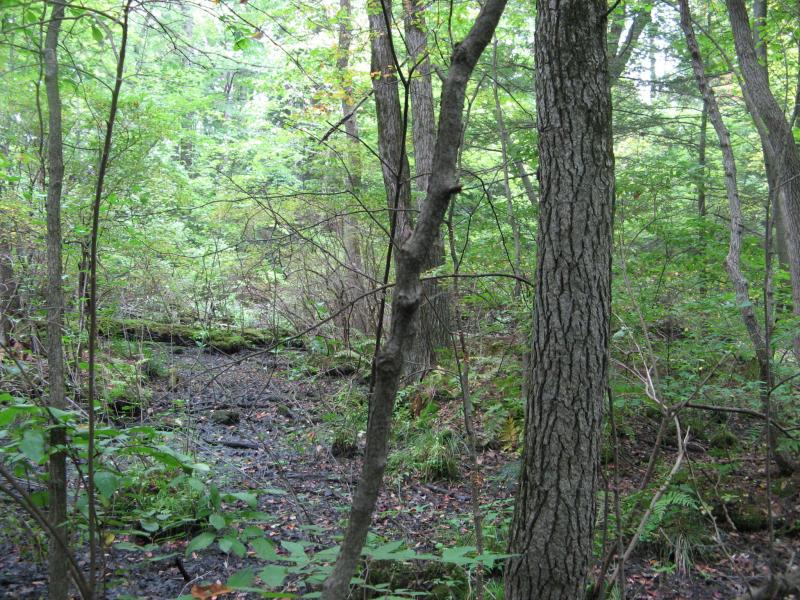 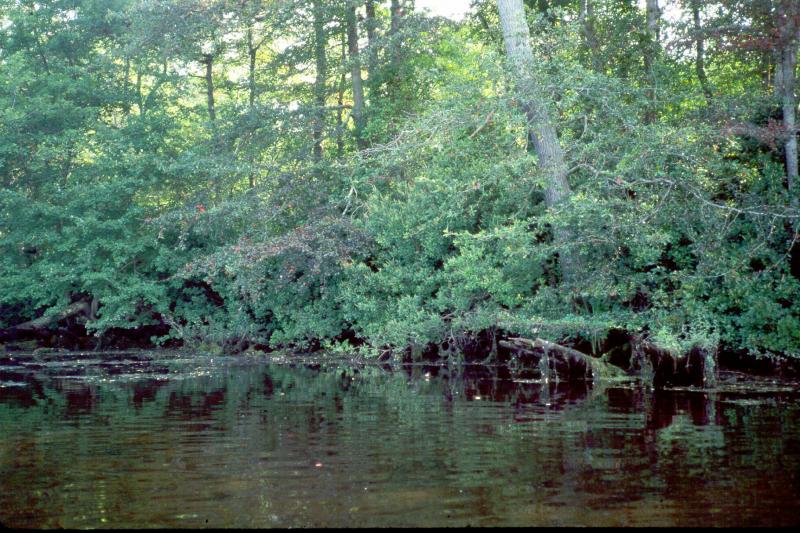 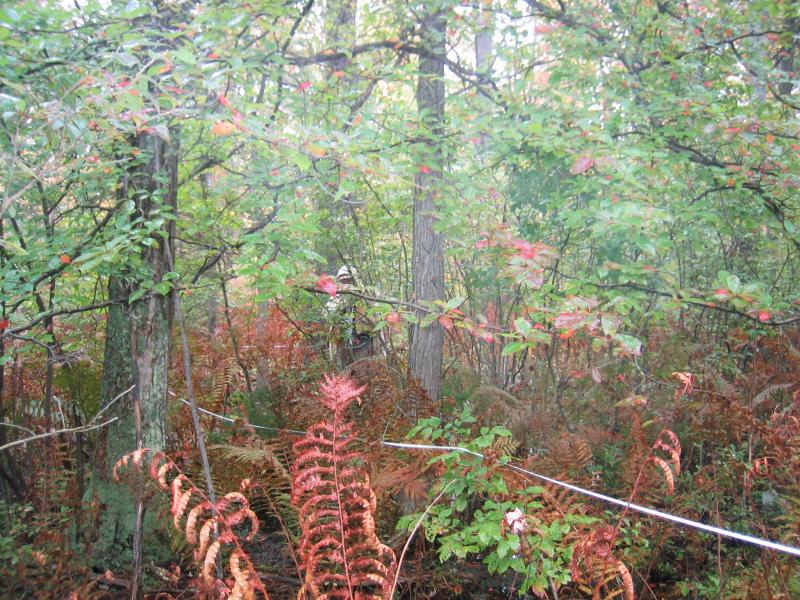 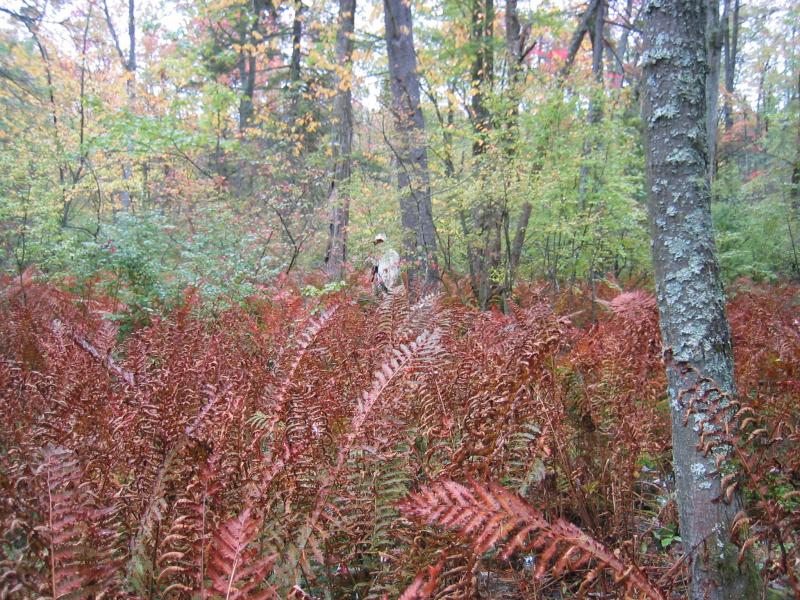 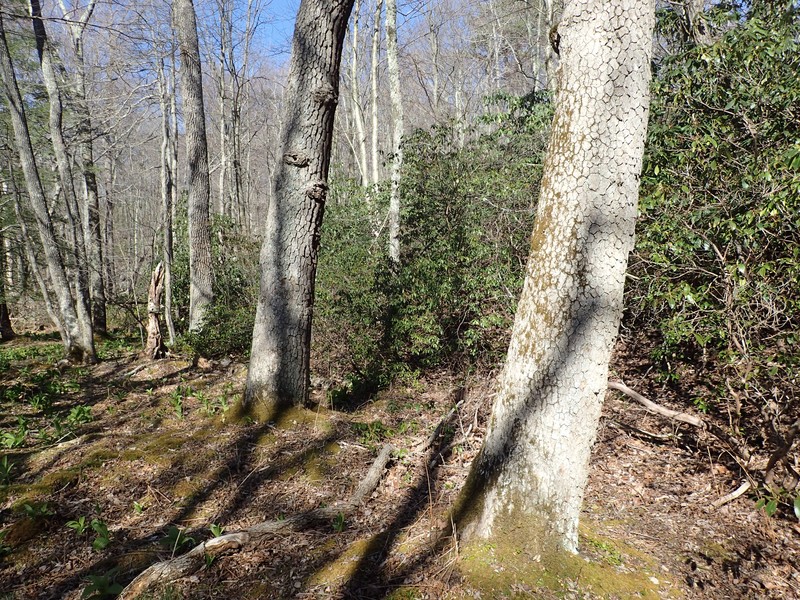 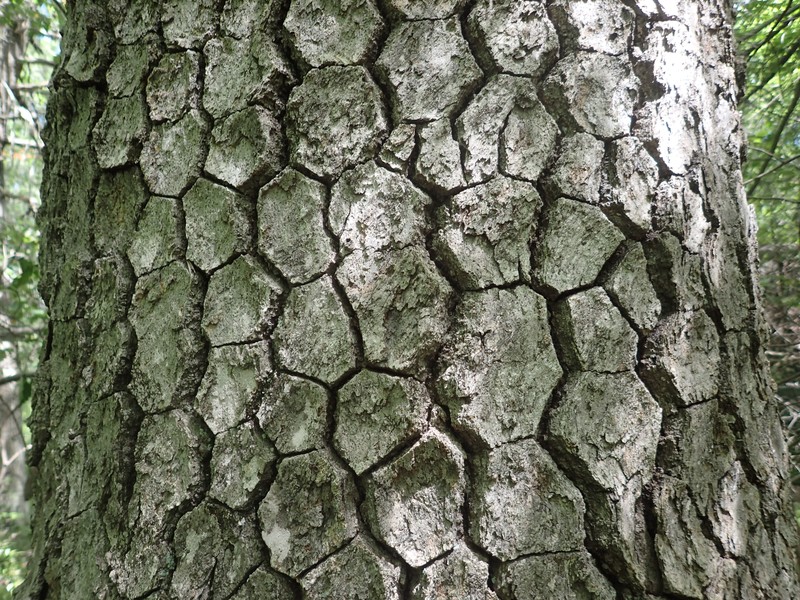 This figure helps visualize the structure and "look" or "feel" of a typical Red Maple-Blackgum Swamp. Each bar represents the amount of "coverage" for all the species growing at that height. Because layers overlap (shrubs may grow under trees, for example), the shaded regions can add up to more than 100%.

Information for this guide was last updated on: June 24, 2020