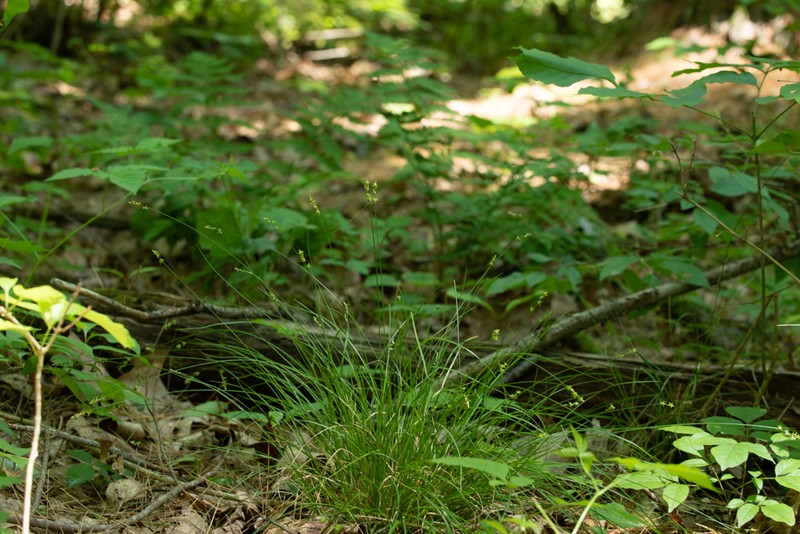 This plant may be "on the move." There is some evidence indicating that it is expanding its range within New York and there is a likelihood that this will soon "move" off the Heritage active inventory list. We need a few good eyes to head out and find more populations of this plant so we can justify removing it from the rare list.

There are at least 13 known populations and over 30 historical locations. As more people look for this sedge, we anticipate more locations will be documented. Estimates on the true number of extant populations are over 35. If this number is substantiated, then this plant will likely come off the active inventory list.

A few populations have been seen at least twice over the past 50 or so years. Most of these appear to be at least stable. One population currently is represented by only one individual and the site is covered with many exotics. This population appears to have declined. Therefore, short-term trends generally point to this species being mostly stable.

There are two populations that are believed to be extirpated due to habitat succession. Carex retroflexa does prefer early successional habitats but it also appears to persist in later successional habitats. In addition, seeds in the seed bank may help to maintain a population over time. Therefore these sites might still have plants present at them waiting for a disturbance event. Another population appears to be declining over time.This species has been turning up a lot recently with over 14 sites seen in the past 15 years. Some of these sites are known historically while others appear to be recent discoveries. Overall, it appears that this species may be spreading north or at least becoming more frequent in recent years. At the same time, like many Carex species and because C. retroflexa is morphologically similar to a few other species it may have been overlooked in the past. Overall, long-term trends indicate the species is at least stable if not increasing.

Most populations have no known threats. One population occurs directly on a well-used trail with many invasive species present nearby. Trampling and exotics are a threat at this site. Overall, Carex retroflexa is a species that can grow in ruderal (poor land or waste places) habitats and therefore may be able to withstand the above mentioned threats.

One site where the species occurs is known to burn occasionally and although no active management is called for here, fires may benefit this sedge.

In New York, this sedge occurs in dry-mesic to mesic deciduous forests and open forests of southern affinity. It also grows in openings and edges of these forests. In addition, it is known from more open environments like rocky summits and ledges. It also occurs along and in paths, woods roads, and adjacent to an abandoned railroad line. The understory can be thickety and the herb layer can be dense as well as diverse (New York Natural Heritage Program 2005). Thickets and openings in dry deciduous forests (Ball 2002). Dry woods, often somewhat weedy (Gleason & Cronquist 1991). Dry rocky or sandy woods and thickets (Fernald 1970). Dry rocky and stony soil of weathered residual sandstone (Wiegand and Eames 1926). Rich upland woods (Clute 1898).

This is a plant of successional areas and open grasslands that may be present in an area for a number of years and then decline as the canopy closes. It is also temporal in its appearance, often remaining dormant if there is severe drought. This plant has historically been documented in various locations within the Hudson Valley and in scattered locations within central New York. The southern half of New York is the northern limit for this sedge.

This sedge is known from Massachusetts, Rhode Island, and Connecticut west to New York, southern Ontario, and Michigan south to Florida and Texas. Some reports of C. retroflexa may actually be a similar species, C. texensis (Ball 2002).

Carex retroflexa is a densely tufted grass-like plant. Its widest leaves are 1.4-3 mm wide. Reproductive shoots send up a stalk (culm) 10-75 cm tall. Flowers and fruits occur in tight clusters (spikes) at the top of these culms. The spikes appear star-like in fruit due to the way the fruits radiate out from the center of the spike.

Carex retroflexa has bases of the plant that are brown. The widest leaves are 1.4-3 mm wide. Each culm has 3-9 sessile androgynous spikes along the upper 1-4 cm of the culm. The lowest internode of the inflorescence is 1-3 times as long as the lowest spike. Spikes have 3-10 spreading perigynia. Sometimes the perigynia are more ascending. Perigynia have beak margins that are smooth and not serrulate; are 2.6-3.4 mm long; are spongy thickened at the base; and have longitudinal veins adaxially over the spongy base. Stigmas curve back on themselves but beyond this are at most slightly twisted.

This species can be difficult to determine if not in fruit. Plants in mature fruit that are not quite shedding are best for identification purposes.

Carex texensis is a southern plant known to be adventive (recently introduced to an area or imperfectly naturalized) in New York and shares the smooth beak margins of the perigynia characteristic of C. retroflexa. Carex texensis is a finer plant with its widest leaf blades 1-1.7 mm wide (verses 1.4-3 mm wide) (Ball 2002). Downer and Hyatt (2003) caution against using leaf blade width as a key character because there is too great of an overlap. They suggest using average perigynium width of less than 1.3 mm (measure 5-10 perigynia) and average spongy portion of perigynium less than 1.1 mm long for C. texensis (verses average perigynium width equal to or greater than 1.3 mm and average spongy portion of perigynium 1.1 mm long or longer for C. retroflexa). Ball (2002) adds the additional character difference of perigynia 2.3-3.1 times as long as wide for C. texensis (verses 1.5-2.3 times as long as wide).

In New York, Carex retroflexa is in fruit from late May to early July. Toward the end of this season the perigynia are starting to shed and early on the perigynia might be a little hard to assess. Therefore, the best time to survey for this plant is in June.

The time of year you would expect to find Reflexed Sedge fruiting in New York. 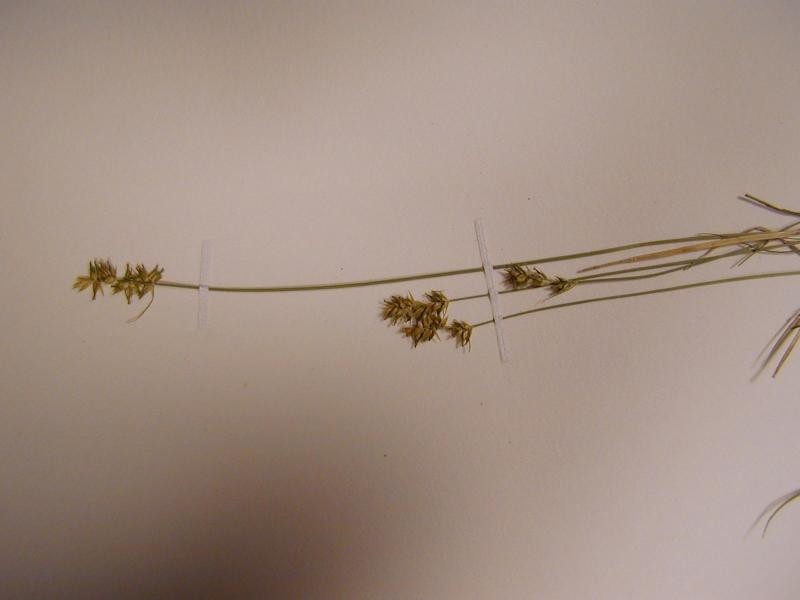 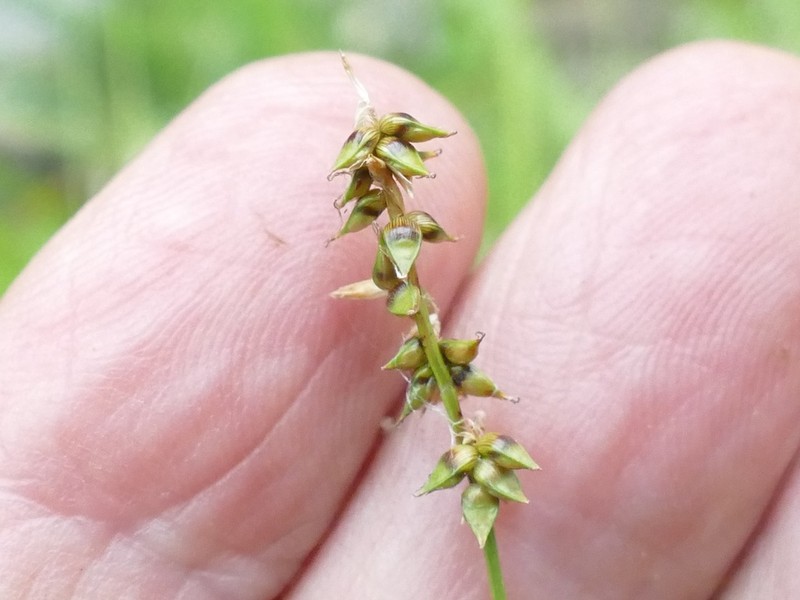