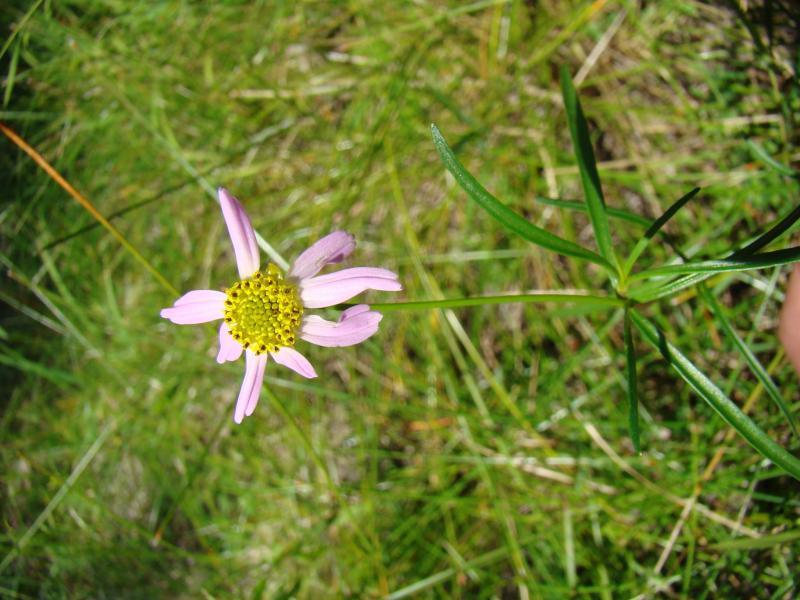 Of the five known species of Coreopsis in New York, this is both our only native species and the only one with pink flowers.

There are 23 existing populations, some of them consisting of multiple hydrologically connected pondshores. There are four additional populations known from the early 1900s which have not been resurveyed.

The trend of most populations seem stable but populations can fluctuate dramatically depending upon water levels. A few populations have been negatively affected by Phragmites.

Almost all of the known historical populations remain extant so long-term trends remain rather stable. Future trends may be downward if populations of Phragmites are not controlled at occupied sites.

Some ponds have highly developed shorelines that threaten populations with direct disturbance by trampling and ATV use. The invasion of Phragmites is also a threat to a few populations.

Research is needed into management techniques that could augment populations that have been reduced by Phragmites.

Most of New York's populations of Rose Coreopsis have been found growing in or along the shores of Coastal Plain ponds or pools in Pitch Pine Barrens, in open habitats with sandy or peaty substrates (New York Natural Heritage Program 2010). Sandy shores, marsh edges (FNA 2006). Damp sandy, gravelly or peaty shores and depressions (Fernald 1970). Wet, often sandy or acid soil, or in shallow water (Gleason 1952).

This species is currently known only from Suffolk County, Long Island, and is considered extirpated from Nassau County.

The small wildflower is concentrated along the coastal plain from Nova Scotia and Massachusetts through Long Island, New Jersey, and the Delmarva Peninsula. There are a few scattered inland populations in Pennsylvania, South Carolina and Georgia

Rose coreopsis is a perennial rhizomatous herb. It grows 10 to 30 cm high. The leaves are opposite, lance-shaped or linear, about 2 to 4.5 cm long and 1 to 2 mm wide. As with most members of the aster family, what at first glance appear to be flowers are in fact many-flowered heads, with petal-like ray flowers surrounding a center of disc flowers. Rose coreopsis has pink to pinkish or white ray flowers 9 to 15 mm long, and yellow disc flowers, all emerging from a single receptacle on short peduncles. The fruit are narrow achenes (FNA 2006).

The best time to identify Rose Coreopsis is when it is in flower.

Rose Coreopsis is the only Coreopsis species in New York with pink, sometimes white, ray flowers. The combination of heads with separate pink ray and yellow disc flowers, chaffy receptacle, opposite leaves, and flattened, beakless achenes distinguish it from other New York aster genera as well (Gleason and Cronquist 1991).

Rose Coreopsis flowers from July through September, and the fruits persist through November.

The time of year you would expect to find Rose Coreopsis vegetative, flowering, and fruiting in New York. 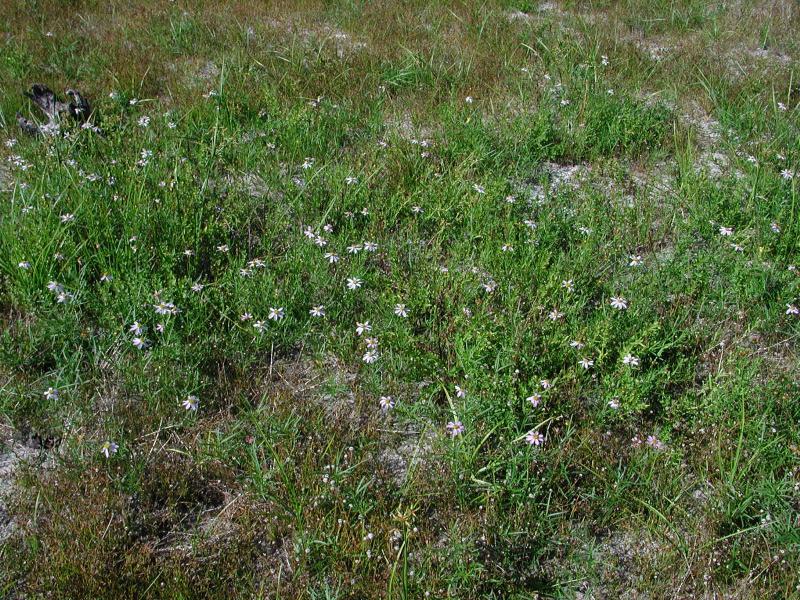 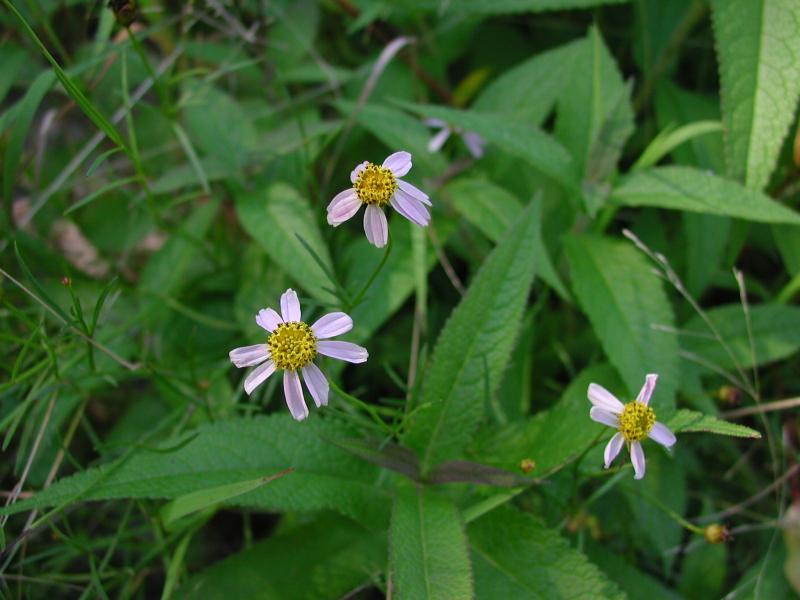 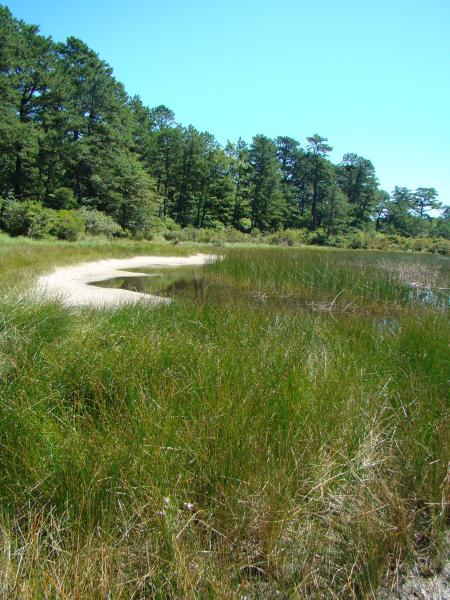