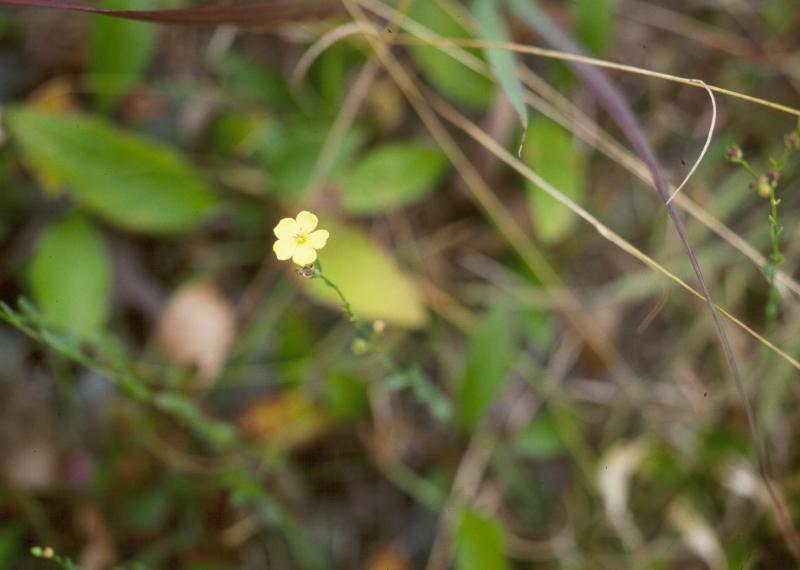 This beautiful little wildflower was first collected on Nantucket Island in 1899 by Eugene Bicknell and for many years was thought to be Linum floridanum. When he realized it was a distinct species he described it as Linum intercursum (Bicknell 1912). He did not give a reason for the species name (intercursum = running between) but we can surmise that it meant it was a species that had the characters between Linum floridanum and Linum medium. He called it one of the noteworthy plants of the Hempstead Plains on Long Island. It was first collected there in 1904 but remains elusive today and may now be gone from that site.

There are 10 existing populations which are highly threatened. Only 4 populations have more than 100 plants. There are 29 historical occurrences, but most of the habitat is gone.

The populations may be declining, as surveys in 2005 failed to find 5 of 6 populations that were known in the 1980s and 1990s. Populations probably fluctuate year-to-year depending upon precipitation, so more surveys need to be done to determine if the plants are actually gone.

There has been a substantial decline in populations from historical records and future long-term trends are equally negative.

The biggest threat to this species is the succession of its open habitat to woody species, although a seed bank can maintain the population for some time until disturbance returns. Some populations also occur along trails, right-of-ways, or roads where the open habitat is maintained, but the plants are still threatened by direct disturbance such as exotic species, trampling, improper mowing, herbicide or bicycle use. One site is threatened by development.

Seed banking studies are needed to determine how long this species can last in its habitat after succession occurs.

This herb is currently known from Suffolk County on Long Island with a few historical records from Nassau County.

This small herb occurs in the Southeastern US north of Florida, although it is considered rare in North Carolina. It extends north from Maryland to Massachusetts, where it is rare in every state. There is a disjunct population in Indiana.

Sandplain wild flax is an upright perennial herb, simple or branched from the base, growing from 20 to 80 cm tall. The leaves are narrowly elliptic to oblanceolate in shape, sessile, 1 to 2.5 cm long, and opposite near the base of the stem but usually becoming alternate higher up. The flowers are borne on slender ascending branches, with pedicels 1 to 4 mm long. The sepals are lance-shaped and pointed, 2 to 3 mm long, and the inner ones have gland-tipped teeth. The petals are yellow and 4 to 7 mm long. The fruit are pointed capsules 2 to 3 mm long and turbinate (top-shaped), breaking into 10 separate carpels with acuminate tips at maturity (Gleason and Cronquist 1991).

Plants with mature fruit are needed for identification.

Linum intercursum most closely resembles L. medium in habit, stature and foliage, but L. medium has carpels which are blunt or rounded at the summit and half to two-thirds as wide as long, and its capsules are subglobose.

Linum intercursum flowers from July through August, and fruiting stems may be found year round if they are not covered by snow.

The time of year you would expect to find Sandplain Wild Flax flowering and fruiting in New York. 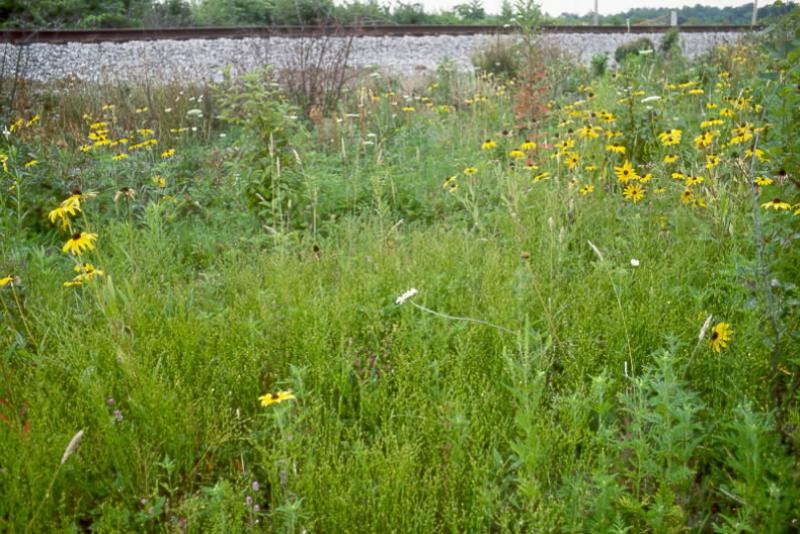 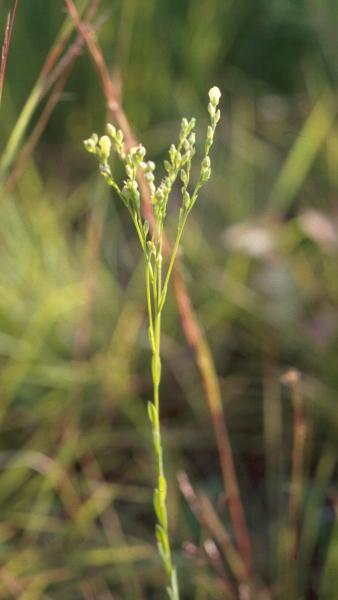 Vuilleumier, B.S. 1967. The origin and evolutionary development of heterostyly in the angiosperms. Evolution 21: 210-226.