In the Gaspé peninsula of Québec scotch lovage is harvested and sold as a substitute for parsley and celery stalks and seeds (Union of agricultural producers 2010).

There are six existing populations but only half of these have over 100 plants. The populations are in decline due to overharvest and Phragmites invasion. There are also two historical populations.

A short-term trend is negative as the number of plants has declined in the last ten years because of phragmites invasion and overharvesting of plants.

The long-term trend appears to be negative. However, this plant has always been rare and most of the populations have survived to the present.

The reason for the decline in some populations is unknown, but succession of its salt marsh habitat to more upland species may be the cause.

Protect the populations from human interaction and from the incursion of Phragmites.

Research is needed to determine the causes of the decline of the species on Long Island.

One population is located on stabilized dunes with low shrubs and scattered oaks on a barrier beach. Most of the plants are under red cedars with grasses and wildflowers. The soil is organic juniper leaves. Other plants are located on the edge of disturbed coastal oak-hickory forest located near the headwaters of a short tidal river or next to a high marsh or salt pond. They may also be on the steep eroded bank above the ocean (New York Natural Heritage Program 2012). Sandy or rocky seashores (Gleason and Cronquist 1991). Saline marshes and rocks along the shore (Fernald 1950).

All known occurrences are from Suffolk County on eastern Long Island and one historical record from near Syracuse that is considered extirpated.

This low herb reaches its southern limits on Long Island, where it is rare, and extends north through New England to the Maritime provinces, Québec, and Ontario.

These are simple or branched, stout plants 3-6 decimeters tall, non-rhizomatous but with a stout taproot. The leaves are thick, fleshy and can be shiny. The sheath of the upper leaf is less than 1 centimeter wide. They are divided first into 3 petioles and then once again with 3 leaflets at the end of each petiole to make a total of 9 leaflets. The leaflets are rhombic to obovate, widest at the top and 3-10 centimeters long. They are sharply toothed only above the middle. The lower half of the margin is without teeth and wedge-shaped at the base. The umbels are compound with 10-20 rays. The bractlets are linear and the sepals can be seen at a magnification of 10x. The fruit is oblong and 6-10 millimeters long with prominent ribs that are narrowly winged. The enlarged base of the style is well developed and the reflexed styles are scarcely longer than the enlarged base.

It is best to identify this plant when it is in flower or fruit.

Angelica lucida, seacoast angelica, occurs in the same habitat and may look similar but its leaves have more leaflets and they are serrate to the base. The teeth can be whitish at the tips. The terminal leaflet is 3-lobed or with 3 leaflets and with two simple leaflets below it. The flowers have no or only a few narrow bractlets and they soon fall off. The fruits are wider and shorter and the ribs are not winged.

The plants come up in May and flower from July to September. The fruits are visible September through November.

The time of year you would expect to find Scotch Lovage vegetative, flowering, and fruiting in New York. 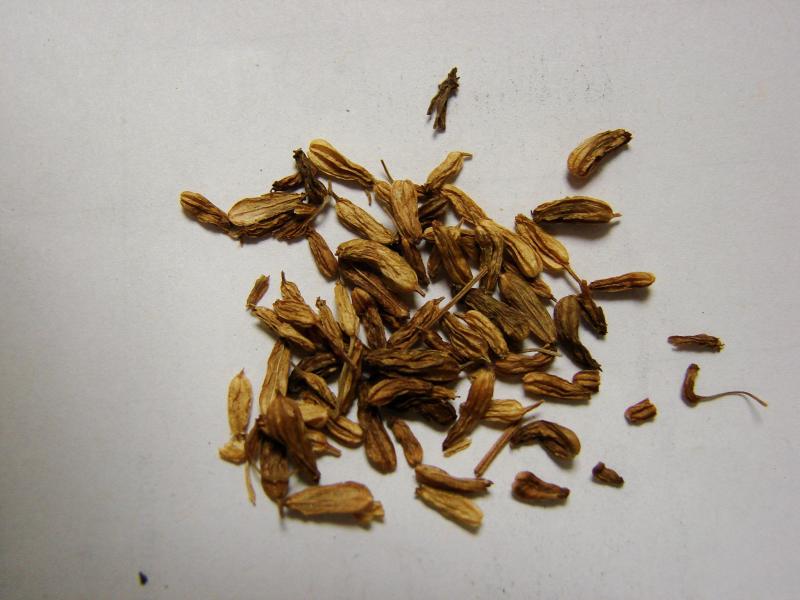 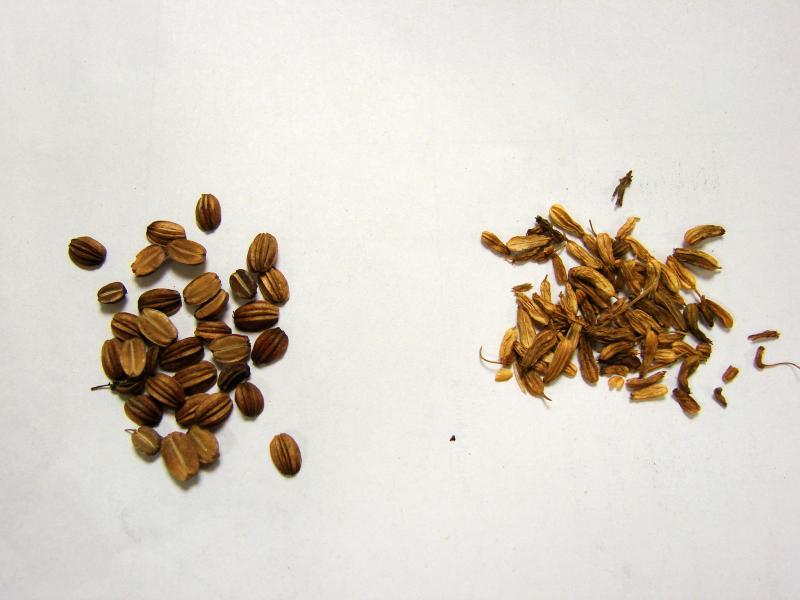