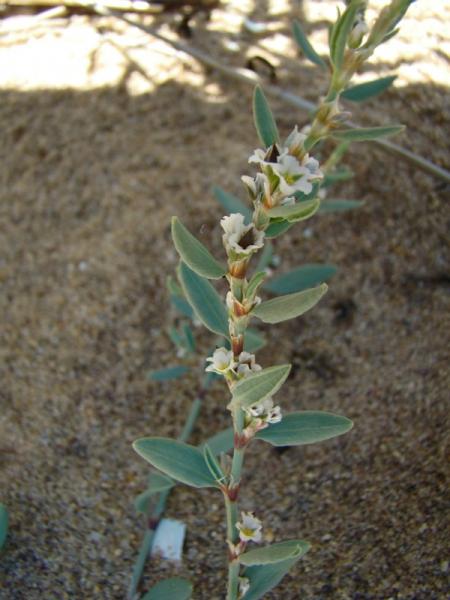 Even though this beach plant seems secure on Long Island, our state has the most populations in the world and the species is much more rare in other parts of its range.

There are 43 existing populations but about half of them are small with less than 100 plants. There are no other older populations which have not been rediscovered. Numbers fluctuate from year to year in its dynamic beach habitat so quantity and quality of populations are based upon five-year averages.

Short-term trends seem stable although there can be wide fluctuations in plant numbers from year to year.

Populations have remained relatively stable since it was first documented in 1861 and New York harbors the largest number of populations in the world.

The plants are subject to the natural threats of storm damage and succession by beachgrasses. Humans threaten the plants by driving over them with vehicles, beach raking, and by trampling them.

Seabeach knotweed needs wide natural beaches free from vehicle use and excessive trampling. The use of string fencing provides enough protection to enable it to germinate and produce fruit.

There are a number of research needs to understand its distribution, germination and growth, and interaction with its environment.

In New York Polygonum glaucum is known only from maritime beaches and the margins of adjacent dunes and salt marshes. It may be the dominant plant in areas of little or no other vegetation. It grows in open conditions on a variety of substrates, including, sand, silt, pebbles or cobbles, and dredging spoils (New York Natural Heritage Program 2011). Maritime beaches (FNA 2005). Sandy beaches (Gleason and Cronquist 1991).

This low herb is native to the beaches of Long Island with one old unconfirmed report from Long Island Sound in Westchester County.

It is rare throughout its range on the coastal beaches from Maine south to Northern Florida. It is most common in Massachusetts and New York and very rare elsewhere.

Seabeach Knotweed is a silvery or whitish annual herb, with prostrate or somewhat ascending stems, branching from the base and up to 70 centimeters long. A characteristic of all Polygonum species is that their stipules are united to form a sheath around the stem (called an "ocrea") at each node. In this species the ocrea is 7 to 15 millimeters long, with the proximal part glaucous. The leaves are 10 to 30 mm long with the edges rolled under. The flowers are in clusters of 1 to 3, emerging from the leaf axils, each flower with 8 stamens and 5 tepals. The tepals are 3 to 4 mm long and white (sometimes with pink edges). The fruit are reddish -brown, smooth, 3-sided achenes 2.5 to 3 mm long (late season achenes may reach 5 mm) exserted (sticking out) from the perianth (FNA 2005).

Seabeach knotweed is most easily identified in fruit, though it may be identifed in vegetative form as well.

Small's Knotweed is another Polygonum species rare in New York which occupies maritime beaches and dunes. among the Polygonum species present within New York. It differs from P. glaucum by having ocreas only half as long (up to 6.5 mm) and not glaucous, leaves not glaucous or revolute, cucullate flowers, and achenes not exserted from the perianth.

Seabeach Knotweed flowers beginning in July and the fruits may persist past the first frost.

The time of year you would expect to find Seabeach Knotweed flowering and fruiting in New York. 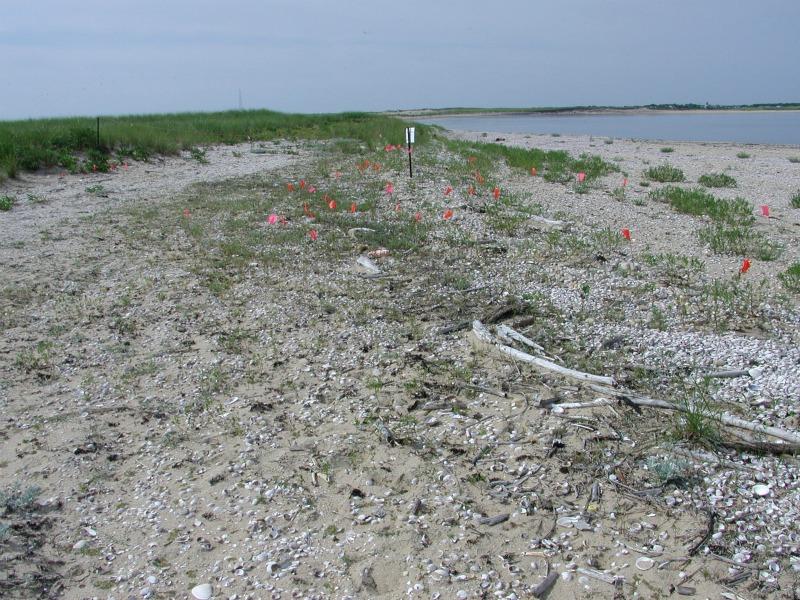 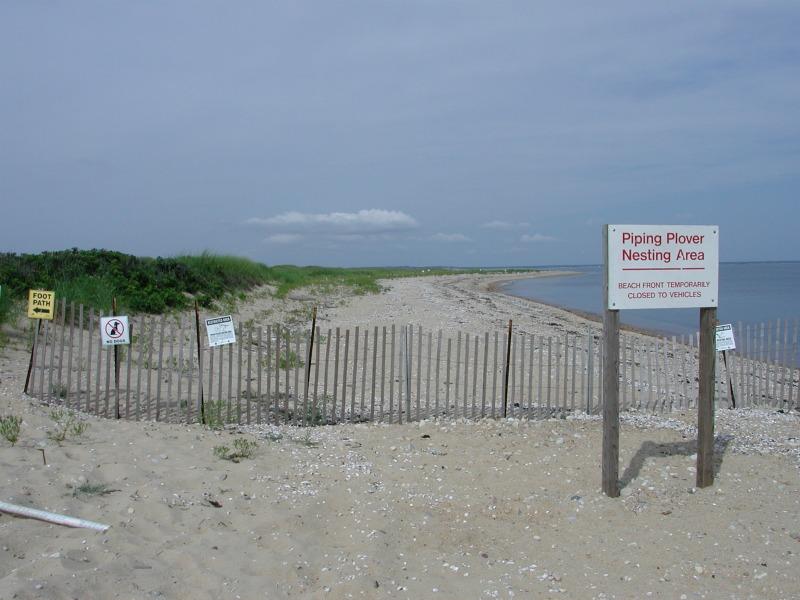 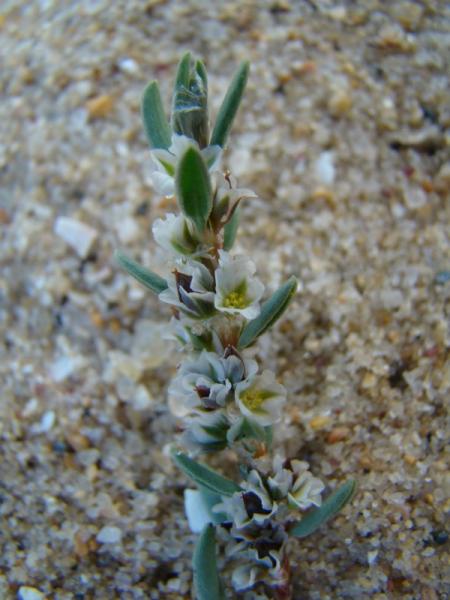