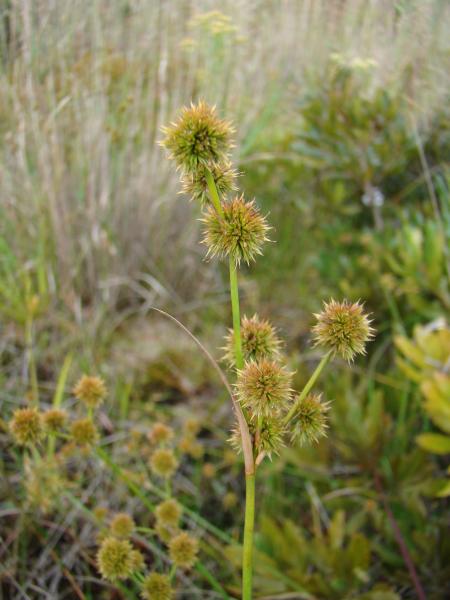 There are six existing populations are and two of them have hundreds of plants. The other four are of unknown quality. There are about 20 historical occurrences.

The plant populations that have been resurveyed have stayed the same.

There has been a moderate decline in populations over the years as wetlands on western Long Island have been developed and Phragmites has become more common in coastal wetlands.

Protect the wetlands from Phragmites invasion and hydrologic changes from nearby developments.

Studies should be done to determine how severe the threat from Phragmites will become. We would also like to know if populations can be augmented.

In New York this species occurs in a marshy area of successional pine barrens and a grassy margin of a channelized stream. It also occurs in an abandoned pit within a post oak-blackjack oak barrens where the substrate is sandy and in maritime brackish interdunal swales in a large dune complex. (New York Natural Heritage Program 1998). Damp sandy soil, shallow pools, wet pinelands, etc. (Fernald 1970). Wet sandy soil, meadows, and shores (Gleason & Cronquist 1991).

There are known locations from Queens and Suffolk counties on Long Island and also from Staten Island with historical locations in the Bronx and Nassau County. There are reports from Otsego County and from the salt marshes of Onondaga County which are considered extirpated.

This rush is distributed in the Atlantic coastal states from Rhode Island south to Florida. It is also common in the southeastern and central US from Kentucky and Illinois west to eastern Texas, Oklahoma and central Kansas. It is rare in its northern limits from New York and Pennsylvania to Michigan, Indiana, Illinois, and Nebraska.

This rush has stems that are erect and 4-9 dm tall. The rhizomes are tuberous. The leaves are terete with cross partitions and they are not longer than the inflorescence. The leaf sheaths are smooth and not ribbed. The flowers are in rounded clusters and pale green to dull brown, without subtending bracteoles. There are 3 stamens and the tepals are long and narrow at the tip (subulate). The capsules are long and narrow, stick out from the tepals and the valves stick together at the top. The seeds are light brown and not tailed.

The best time to identify this rush is when it is in fruit.

Another Long Island rush, Juncus brachycarpus, short-fruit rush, has ovoid capsules that are shorter than the tepals and the valves do not stick together at the top after it opens.

The fruits are visible from July through early November.

The time of year you would expect to find Sedge Rush fruiting in New York. 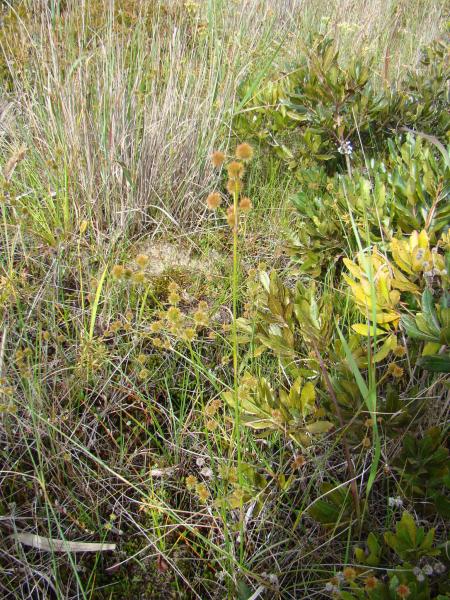