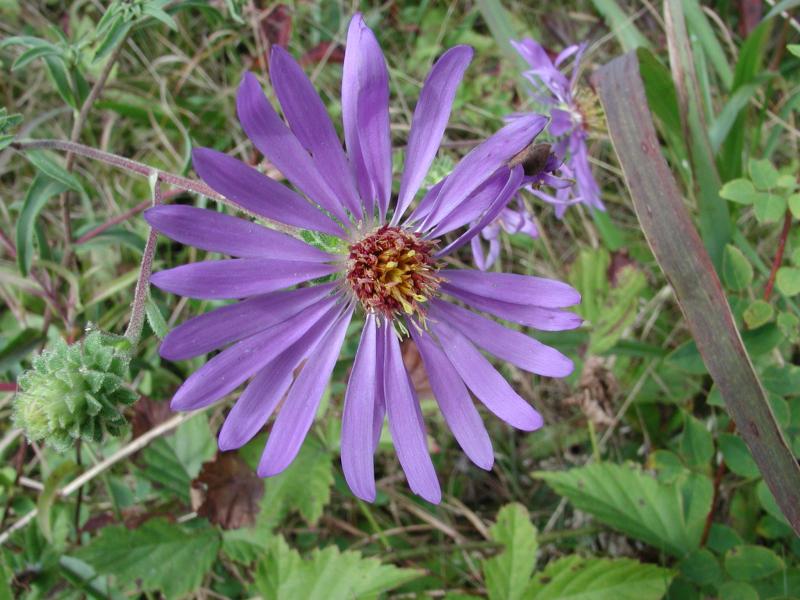 The genus Eurybia was named after the greek goddess of the mastery of the sea. She presided over the rise of the constellations and their associated weather systems, and the power of the winds. Even though this species is near the sea on Long Island it likes the drier sands of the pine barrens. It is available in the nursery trade but is not planted widely on Long Island. NYNHP only tracks native populations.

There are 15 existing populations and one third of these are in good to excellent condition. The rest of them are under 50 plants each and in small areas that are under threat. There are about 25 historical populations, many of which have not been resurveyed or are considered extirpated.

Existing populations that have been resurveyed are stable but about half of them have not been resurveyed and are in small openings that are susceptible to succession or other disturbances.

The long-term trend has been negative as many populations have been extirpated by development on Western Long Island and many existing populations are small and threatened.

Improper mowing and maintenance of roadsides and other open habitats where these plants grow is the greatest threat.

Plants need to be protected from direct impact from hikers and mowing equipment. Mowing schedules need to be adjusted to prevent cutting of the plants during flowering and fruiting. The picking of plants along roadsides and trails should also be prevented.

This species only occurs in a small portion of the many open habitats along roads and trails and natural grasslands. Research is needed to understand why more of this habitat is not occupied and if population augmentation would be successful.

In New York Showy Aster has most often been found in sandy, grassland habitats. Many of the known sites for this plant are within pine barrens habitats, particularly at disturbed sites such as airstrips, railroads, and mowed roadsides. The sole known site from the lower Hudson Valley is on a rocky summit, where it grows with with a mixture of shrubs, grasses, and herbs (New York Natural Heritage Program 2007). Dry, sandy soil, often among pines (Gleason and Cronquist, 1991). Dry sandy open woods and clearings (Fernald, 1970).

In New York nearly all records of Showy Aster are from Eastern Long Island, except for a single extant population known from the Hudson Highlands in Orange County.

Showy Aster reaches the northern edge of its range in New York and Massachusetts, and is found south, chiefly (though not solely) along the coast, to Georgia and Alabama. It is of conservation concern in much of its range.

Showy aster is a tall (up to 90 cm), perennial herb, spreading and forming clones by underground stems (rhizomes). The stem is covered with dense, glandular hairs. Most of the leaves are basal, usually with rough hairs, especially on the underside, and the blades (which are lance-shaped to egg-shaped) taper to the petiole. The infloresences contain from few to many (35 or more) heads. These are compound, with 15 to 35 violet-purple ray flowers (petal-like and 1-2.5 cm long) surrounding a center of yellow disc flowers. The involucre (the structure of densely-packed bracts which forms the base of the flower head) have green, spreading tips.

Flowering specimens are necessary for identification.

Among asters, the genus Eurybia may be identified by its cordate leaves and disk flowers with long tubes and short, bell-shaped corollas (FNA 2006). The large, purple ray flowers and spreading involcrual bracts are distinctive among New York Eurybia. Eurybia x herveyi (a hybrid which of which E. spectabilis is one of the parents) has lower leaves that abuptly contract to a petiole, toothed stem leaves, and involucral bracts that are appressed, rather than spreading as are those of E. spectabilis, and generally shorter ray corollas.

The time of year you would expect to find Showy Aster flowering and fruiting in New York. 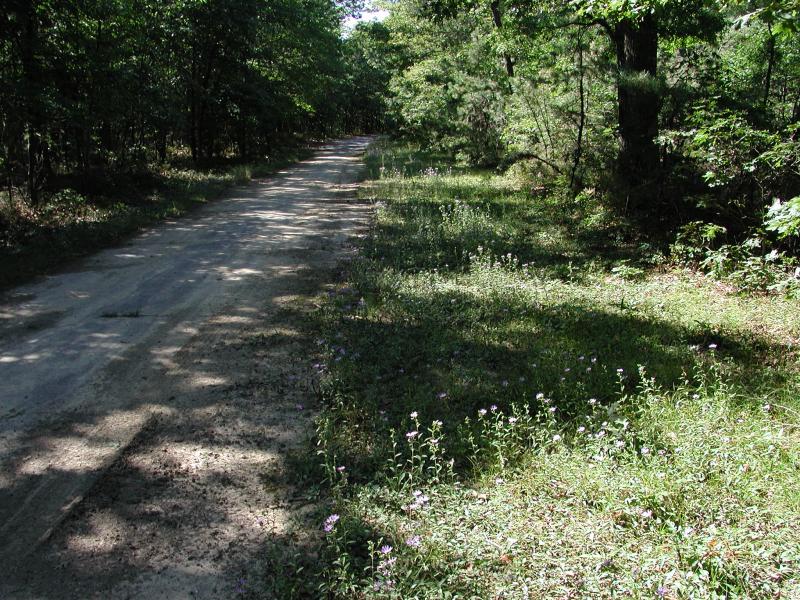 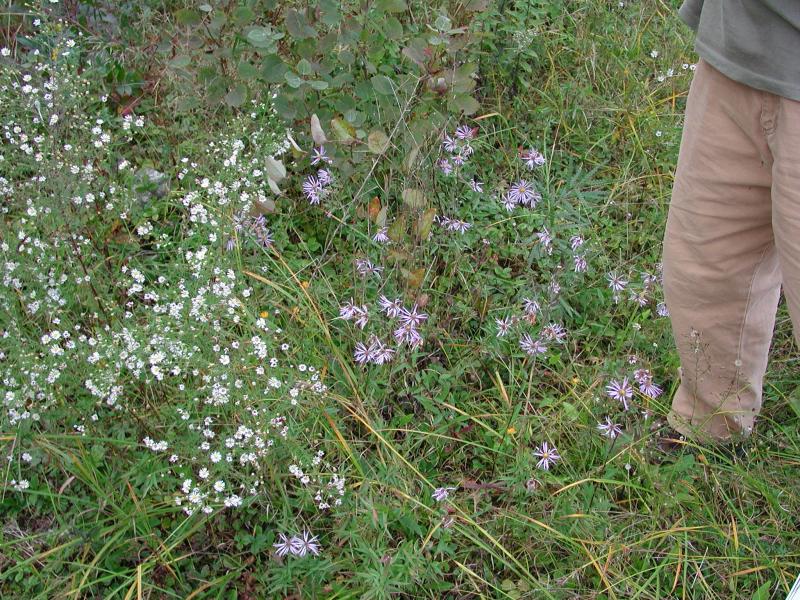 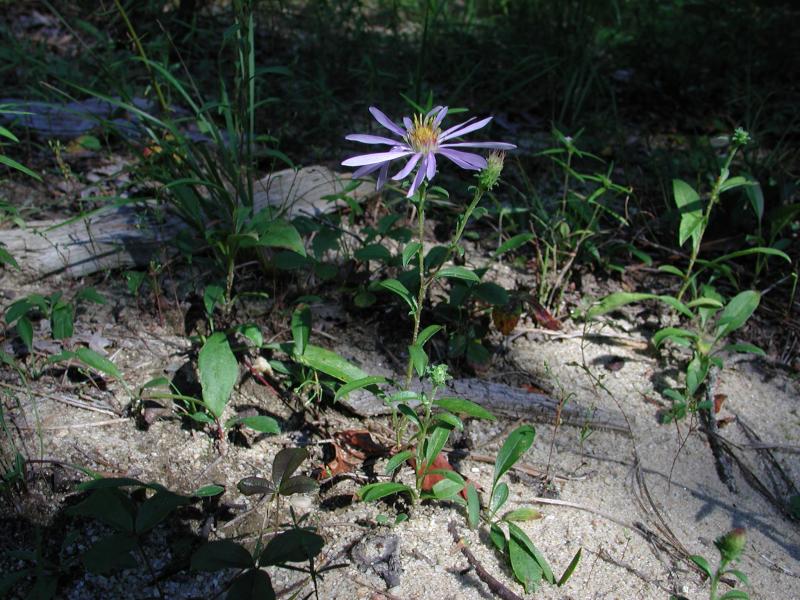 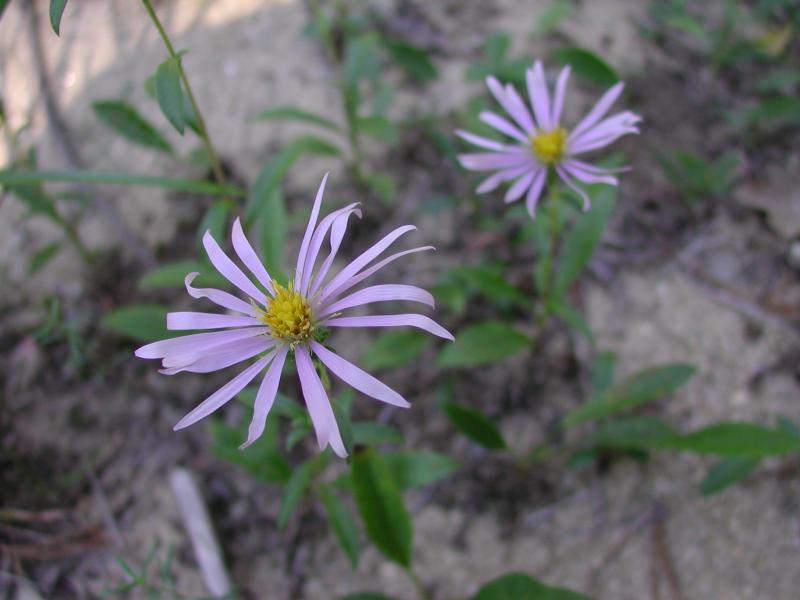 Hybrids between Aster spectabilis and Aster macrophyllus have been called Aster herveyi.