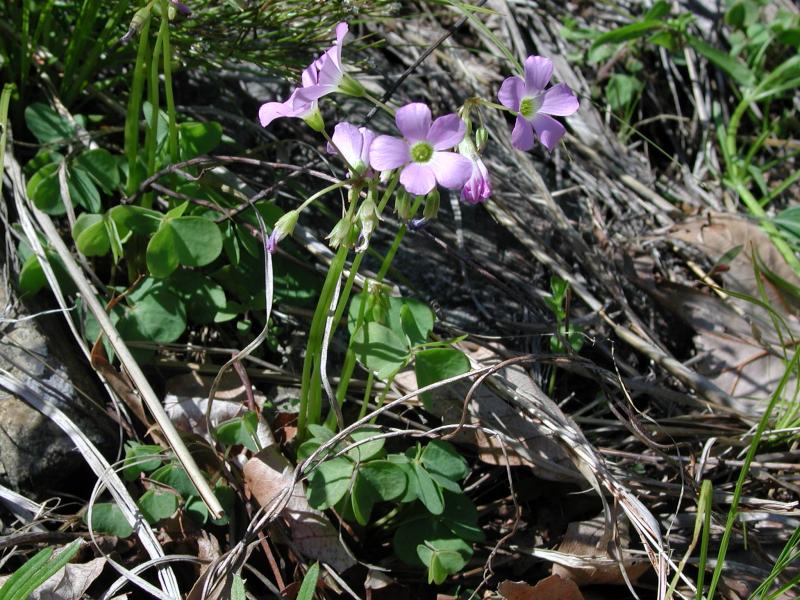 A characteristic of many members of this genus is that they contain oxalic acid, giving the leaves and flowers a sour taste, refreshing to chew in small amounts. However, in large amounts, these species are toxic, and interfere with proper digestion. In the past, it was a practice to extract crystals of calcium oxalate for use in treating diseases and as a salt called "sal acetosella", or "sorrel salt" (Oxalis in Wikipedia accessed 16 November 2007).

There are 14 existing populations, and most of them contain hundreds of plants. A couple of populations contain over 1000 plants. There are 30 historical records but most of these are from areas of the Lower Hudson region and Long Island that have been developed. It is not expected that these historical occurrences would be relocated, but more populations could be found in mountainous areas that are not easily accessible.

A few of the existing populations have been resurveyed and they seem to be doing well, while more survey work is needed to have a more complete picture of short-term trends.

Most of the historical records are probably extirpated since they occurred in highly developed areas, but new discoveries have been made in more isolated natural areas where populations would tend to persist.

Understory habitat is affected by the invasion of garlic mustard, and the plants may also be trampled.

Protect populations from the invasion of exotic species such as garlic mustard. Reroute trails that could threaten plants by trampling from hikers.

Research is needed to determine the effect of deer browse on this species since it occurs in regions of the state with high deer populations.

In New York Oxalis violacea has been found primarily on steep rocky slopes and open summits, generally on rocky, often rich soils. The most common surrounding forest type is oak-hickory, and at many sites the plants were found along trails, ledges, or other openings (New York Natural Heritage Program 2007). Woods, shaded slopes, gravelly banks and prairies (Fernald 1970). Dry uplands woods and prairies (Gleason and Cronquist 1991).

Most of the known current locations for Oxalis violacea are from the Hudson Valley from Columbia County south, but it is also found on Long Island. There are historical records from Cattaraugus, Chemung, and Tioga counties in the western part of the state as well.

Oxalis violacea reaches its northeast limit in Vermont and New York, and is found west in most states as far as Arizona, Colorado, Nebraska, and the Dakotas, and disjunct to Oregon.

Violet Wood-sorrel is a perennial herb with a bulbous base and 3-parted (clover-like), glabrous leaves with purple undersides. There are several 5-petaled (each petal 10-18 mm long), purplish (rarely white) flowers per leafless flowering stalk.

Oxalis montana also has rhizomes but the base of the stem is not bulbous. It has only a single flower per stem, white flower petals with pink or purple veins, and somewhat hairy leaves with green undersides.

Both of the other species of Oxalis in New York, O. corniculata and O. stricta, are weedy species with leafy stems and yellow flowers.

Oxalis violacea flowers from May to mid-June, and the fruits persist to mid-July.

The time of year you would expect to find Violet Wood Sorrel vegetative, flowering, and fruiting in New York. 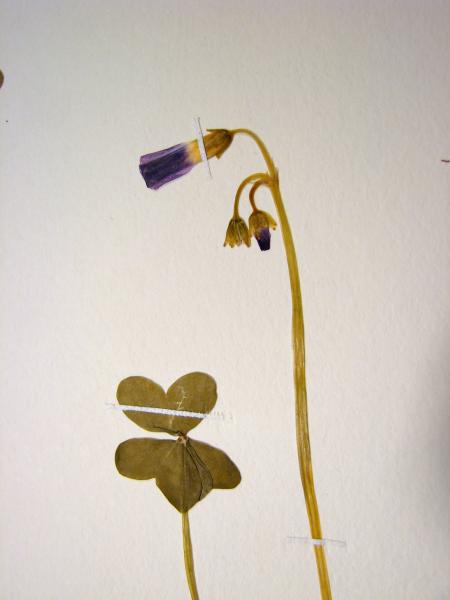 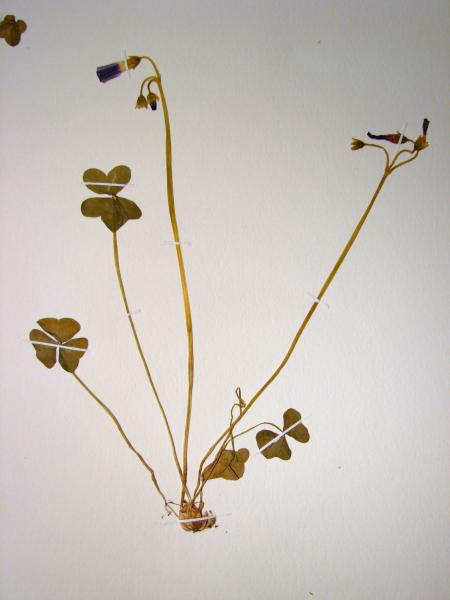 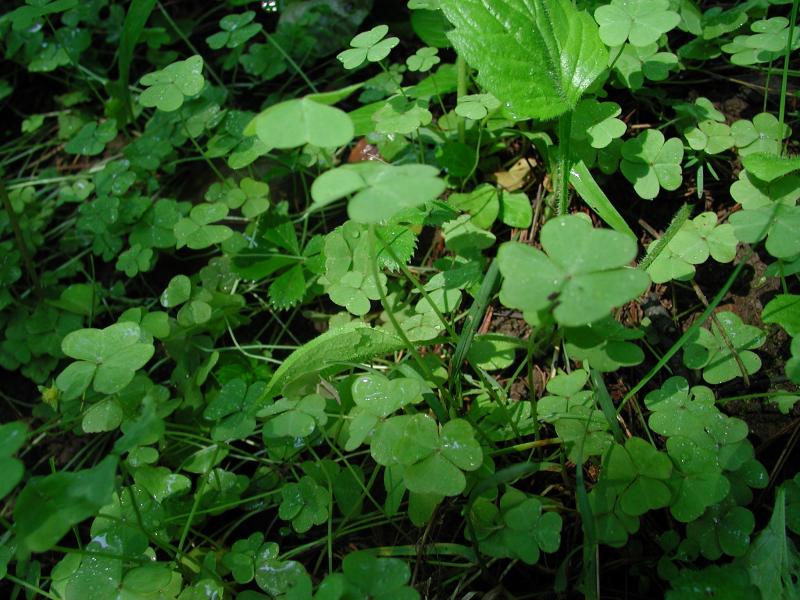 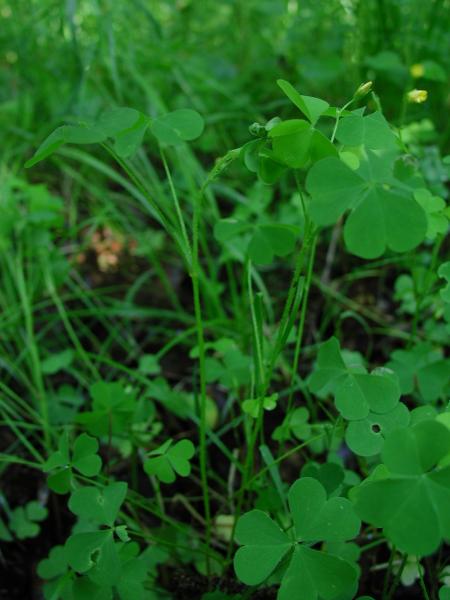