Wafer-ash belongs to the citrus family whose species grow mostly in the tropics or temperate regions in the southern hemisphere. For native plants in this family in North America, only the prickly ash, Zanthoxylum americanum, occurs farther north than wafer-ash. The winged fruit of wafer ash is unusual for the family (Heywood 1978).

Most populations have been censused only once so population trends are unclear.

There are about the same number of historical collections as known extant populations, suggesting the long-term population trend is stable.

Landscaping activities and clearing of vegetation, invasive species, and deer overbrowsing are threats to these plants as well as the development of the Lake Erie shoreline.

Make sure maintenance personnel are aware of these plants when landscaping and maintenance activities take place. Suppress invasive species around plants and reduce deer populations to avoid overbrowsing.

The native New York state populations of Wafer-ash are found in a variety of habitats near Lake Erie, including cobble shores and sand beaches, rich forests and northern hardwood forests (often at the edges or in weedy thickets), and the edges of bluffs and cliffs (New York Natural Heritage Program 2013). Roadsides, forest fragments and borders, waste areas (Haines and Vining 1998). Moist or rich woods and thickets (Gleason and Cronquist 1991). Wooded to more or less open dunes; sandy fields and knolls; fencerows and dry bluffs or banks; rarely in swampy places (Voss 1985). Alluvial thickets, rocky slopes and gravels (Fernald 1950).

All the native populations of Wafer-ash in New York are from the shores of Lake Erie or nearby inland locations in Erie, Cattaraugus, and Chautauqua counties.

Ptelea trifoliata spp. trifoliata is found in Quebec, Ontario, and most of the US states east of the Mississippi, west to Minnesota and Nebraska, and south to Texas and Mexico.

Wafer-ash is a native, alternately branching shrub or small tree (up to 7.6 m tall) with a broad crown. Its bark is reddish brown to gray-brown, with short horizontal lenticels and warty corky ridges and an unpleasant odor and bitter taste. The leaves have long petioles, and are shiny dark green above and paler below. They are palmately compound with 3 sessile to nearly-sessile leaflets that are 5.4 to 10.2 cm long. The fruits are 2-seeded, dry, papery, widely winged circular (orbicular) to kidney-shaped (reniform) samaras 15 to 25 mm wide. They are also net-veined (reticulate) and have the odor of hops.

Wafer-ash is a native, alternately branching shrub or small tree that can reach 6 to 7.6 m tall with a broad crown. Its bark is reddish brown to gray-brown, with short horizontal lenticels and warty corky ridges that become slightly scaly, with an unpleasant odor and bitter taste. The leaves are long-petiolated with an overall length of 10.2 to 17.8 cm, shiny dark green above and paler below. They are palmately compound with 3 sessile to nearly sessile leaflets that are 5.4 to 10.2 cm long. The fruits (samaras) are 2-seeded, dry wafer-like papery, widely winged circular (orbicular) to kidney-shaped (reniform), and 15 to 25 mm wide, net-veined (reticulate) with the odor of hops.

To positively identify wafer-ash use of the leaves and mature fruit are best but identification with only vegetative material is possible.

When wafer-ash is fruiting, it looks very distinctive. One might smaller confuse smaller vegetative water-ash with woody poison-ivy (Toxicodendron radicans). The terminal leaflet of poison ivy is on a long stalk, while those of Ptelea are nearly sessile. Bladdernut (Staphylea trifoliata) is a large shrub to small tree that may look superficially similar to wafer-ash given that it typically has 3 leaflets. But it is oppositely branched, its leaflets are pinnately compound with serrate margins, and its fruits are inflated capsules in contrast to wafer-ash's winged samaras.

Flowering starts in early June and continues through late June. Fruiting typically begins in early July and fruits may persist until the first frost. Twigs, barks, buds and leaves may be distinguished all year.

The time of year you would expect to find Wafer-ash vegetative, flowering, and fruiting in New York. 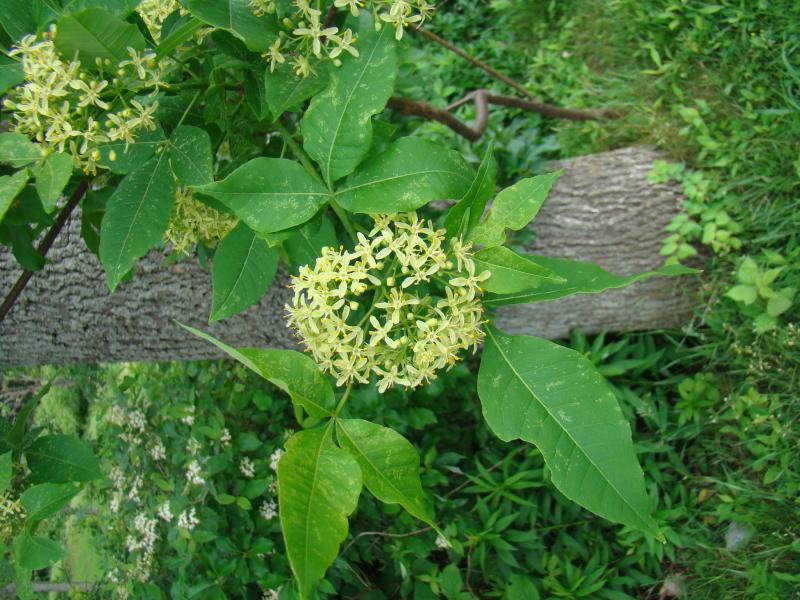 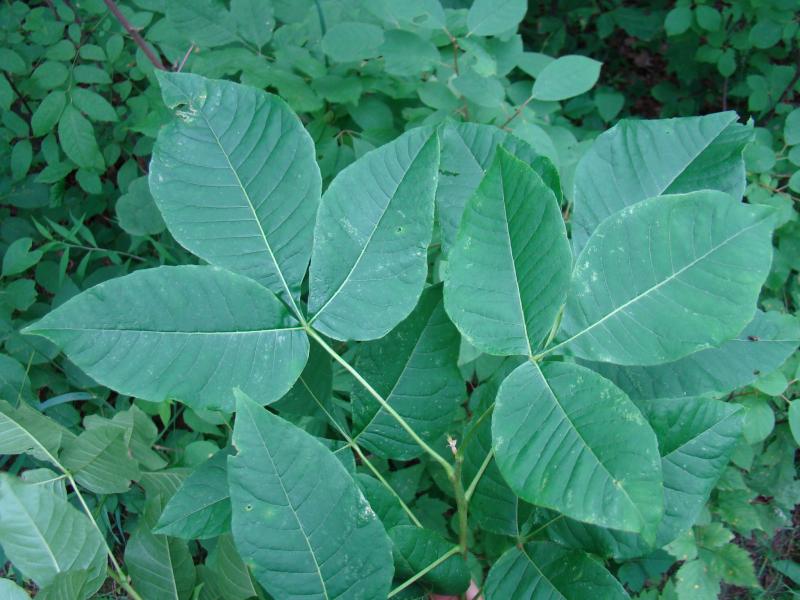 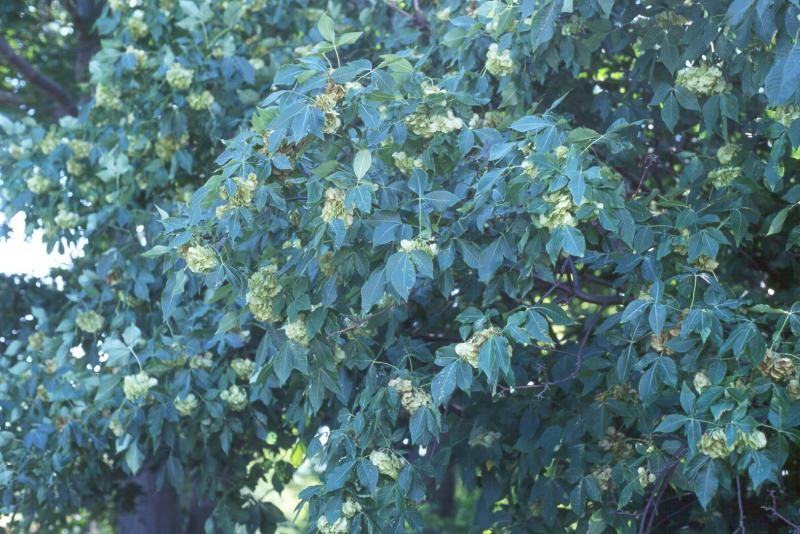 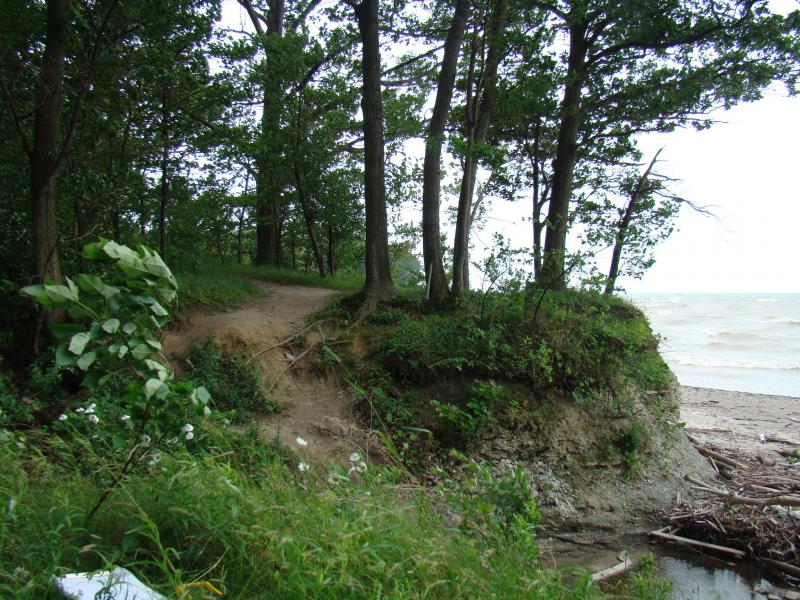