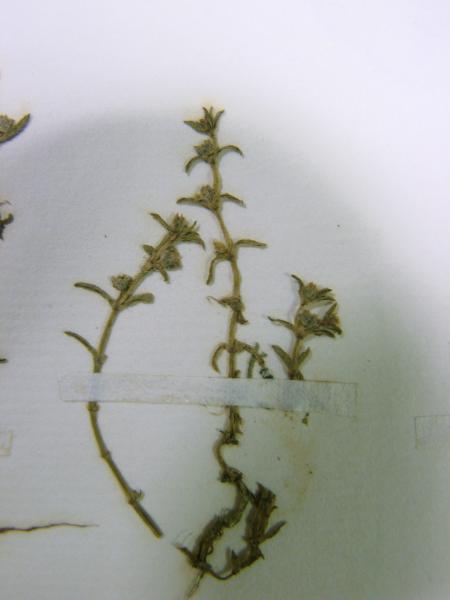 Water pigmyweed is everywhere and nowhere. It is a very widespread species in the colder regions of Europe and the Western Hemisphere but it is often overlooked because it is so small, has inconspicuous flowers and lives in rarely explored aquatic habitats. In New York it is even harder to see because it occurs in freshwater tidal areas where it is only visible for a few hours each day.

There are two large populations and one very small population which may be extirpated. There are four historical populations which need to be surveyed in more detail but they probably no longer exist.

One large population seems to be doing well but more survey work is needed at the remaining two populations to evaluate their current trend. Populations are difficult to survey because of the tidal nature of their habitat and populations could fluctuate dramatically.

Overuse of riverside and pond shore habitats as well as invasion of these habitats by Phragmites presents a significant threat to the survival of this species in New York.

Shoreline habitats need to be protected from invasion by Phragmites and other wetland invasive species while also protecting them from overuse by boaters and trampling.

Research is needed to determine if current populations can be augmented by propagation and replanting.

In New York this species has been found in tidal mud flats, marshes, and rocky shores along the lower Hudson River, and along the banks of an intertidal river on Long Island (New York Natural Heritage Program 2007). Margins of pools and on fresh to tidal shores (Fernald 1970). Muddy shores near the coast, usually in the intertidal zone (Gleason and Cronquist 1991).

Water pygmyweed is found in New York only on Long Island and the Lower Hudson Valley, historically to as far north as Ulster County.

Water Pigymyweed has a widespread but scattered distribution in North America (and is found in Eurasia as well). It occurs in Alaska and all the Canadian Provinces apart from Nunavut, Alberta, Manitoba, and Saskatchewan. In the U.S. its distribution includes the northeastern states from New England as far south as Maryland, the Gulf Coast and lower Mississippi Valley, disjunct to Minnesota, and along the Pacific Coast and some of the Rocky Mountain states.

Water pigmyweed is a small and low-growing (2-10 cm), succulent, annual herb. The leaves are opposite, linear, and less than 1 cm long. The flowers have 4 (or sometimes 3) white petals about 1 mm long. The fruits form round, bluish-green clusters in the axils of the leaves.

When collected in fruit or flower, no similar species are extant in New York. Micranthemum micranthemoides, which is presumed to be extirpated in New York, has solitary flowers in the axils of some of the middle leaves and the leaves are not succulent.

This annual herb species emerges and flowers in June, and the flowers may persist into October.

The time of year you would expect to find Water Pigmyweed vegetative, flowering, and fruiting in New York. 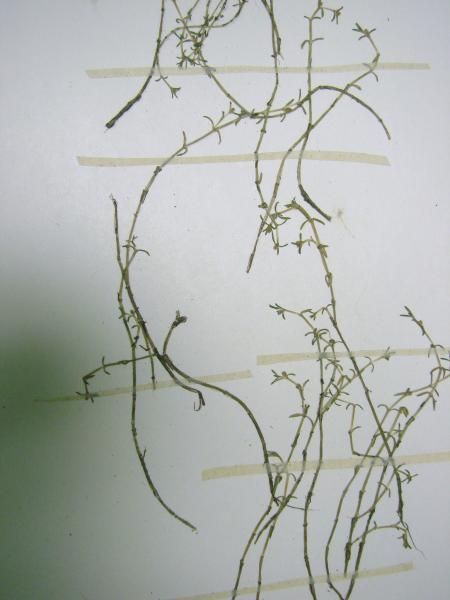 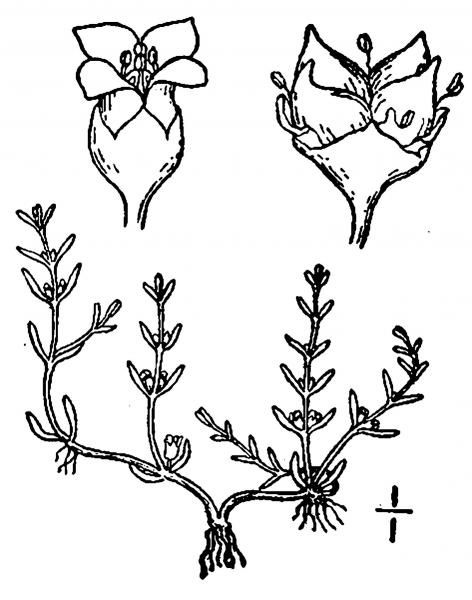