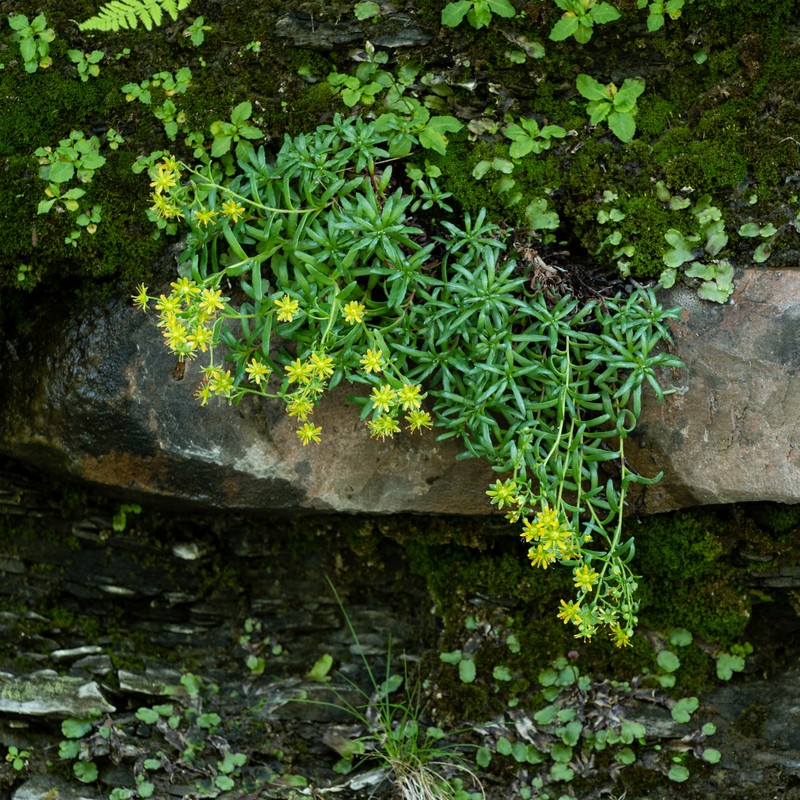 Yellow mountain-saxifrage almost always grows in the company of butterwort and birds-eye primrose. All three of them prefer the cold, wet, shale cliff environment. The genus name Saxifraga is a combination of the words saxum, a stone, and frangere, to break, referring to the granular bulblets of European plants which were supposed to dissolve kidney stones. The species name comes from its resemblance to the succulent plants of the genus Aizoon of the old world.

There are nine known populations of this plant. Most of these populations are on well-protected cliffs, but some cliffs may be subject to natural or artificial sloughing. This plant has a limited range, and an even greater limited habitat. As a plant at the southern limit of its range, it has always likely been rare in New York.

The short-term trend of this plant seems stable. This plant is difficult to survey and population counts from year-to-year are usually not recorded. Changes would be noted only if the area where the plants occur was drastically altered, but this has not occurred in the recent past.

All but one of the historical sites for this plant have been rediscovered and no sites have been considered extirpated. The habitat for this plant is not common but it is isolated and inaccessible enough that the plants are expected to remain here for many decades.

There are a few threats to these plants since the sites are inaccessible and not open to disturbance. Changes in the amount of groundwater available to the sites could affect them in the future. So far no exotic invasive plants have been seen affecting these sites.

Sites should be monitored for changes in groundwater availability and for any new invasive plants that might be affecting them. There are a handful of invasive species that may cause competition problems.

The impact of sloughing or scaping the cliff faces where this plant is found is not fully understood. There was one cliff face where this plant was found that was scraped for safety reasons. The population was presumed extirpated, only to reappear in a few years. There is interest in understanding this more.

A plant of seepage areas on open limey-shale cliffs or in the mist of a nearby waterfall. These sites have been lumped under the cliff community designation, but they may be best described as vertical marly fens. The sites are usually surrounded by birch, hemlock, and maple. (New York Natural Heritage Program 2005). On calcareous gravels or cool and damp soils (Fernald 1970).

This plant is limited to central New York, ranging from the Tug Hill Region west to the Genessee River Gorge. This plant is usually associated with the spray zone of waterfalls and within seepage areas of cliffs made up of fosilliferous shale.

This plant is circumboreal. Within North America, it may be found south to Vermont, western New York, northern Michigan, and British Columbia.

Yellow mountain saxifrage grows in a mat of fleshy green stems with many, short, narrow, fleshy leaves growing from the bottom to the top of the stems. The edges of the leaves have scattered stiff hairs. The half inch wide flowers arise in branched clusters at the tops of the stems and are composed of five, narrow, bright yellow petals alternating with light green, slightly shorter sepals that are overlaid with the bright yellow filaments of the stamens. The yellow-green ovaries are topped by two separate styles. The sepals are persistent around the sides of the beaked capsules.

This matted plant is found in seepage areas of cliffs and spray zones of waterfalls. It has numerous basal outshoots that are 3-20 cm long. The linear and fleshy leaves are 0.5-2.5 cm long, and have a minute pore below the short mucronate tip. There are typically 1-20 flowers at the tip of most branches. These flowers are yellow and often have orange or red dots.

This plant is easiest to identify in flower, but may also be identified vegetatively. A photograph and description of the habitat should suffice to allow someone to verify the identification.

The combination of habitat and morphological characters make this a unique member of the Saxifragaceae.

This plant begins to flower in late May, with flowers persisting throughout the summer months. Fruits form shortly after the flowers and usually disperse before the first frosts. The unique nature and habitat of this plant allows for surveys throughout the growing season.

The time of year you would expect to find Yellow Mountain Saxifrage vegetative, flowering, and fruiting in New York. 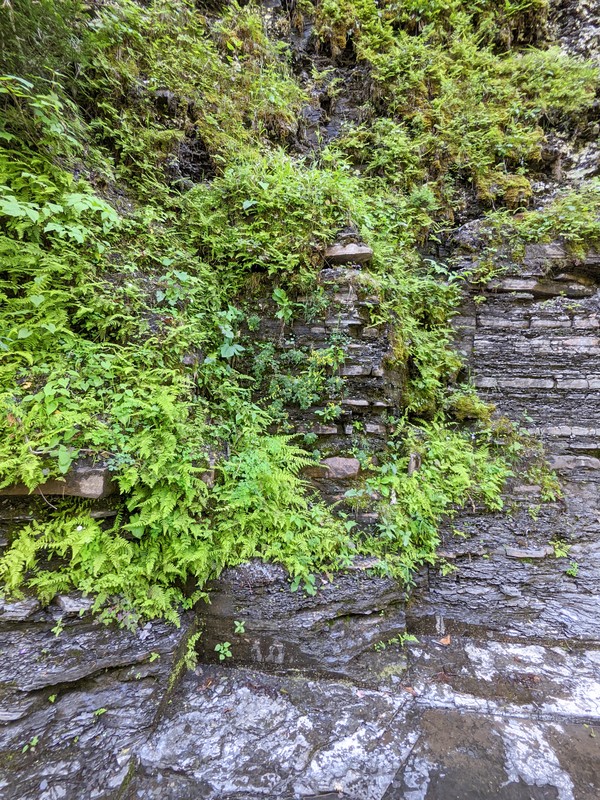 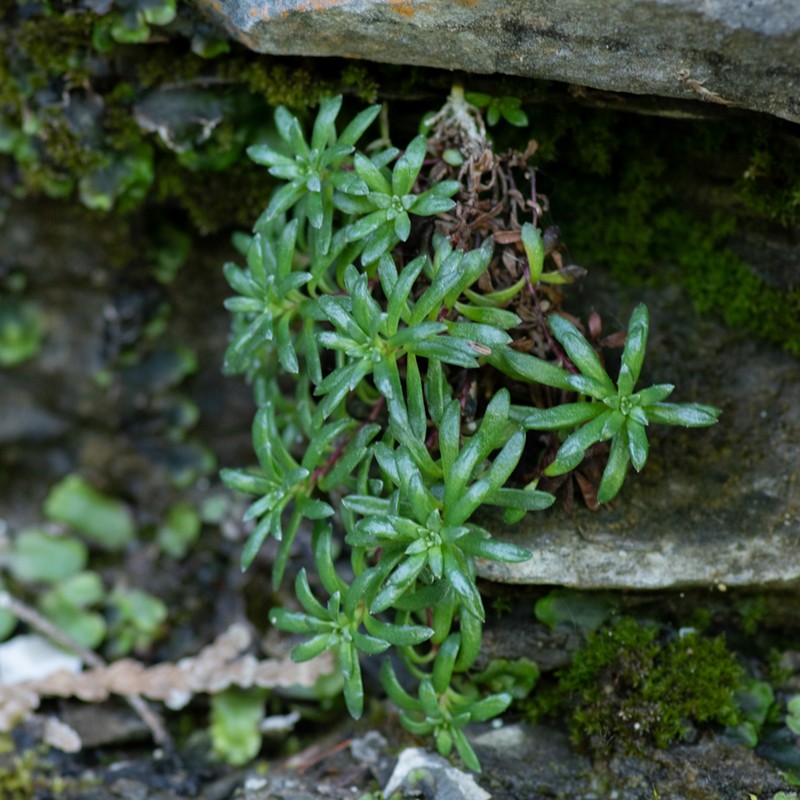 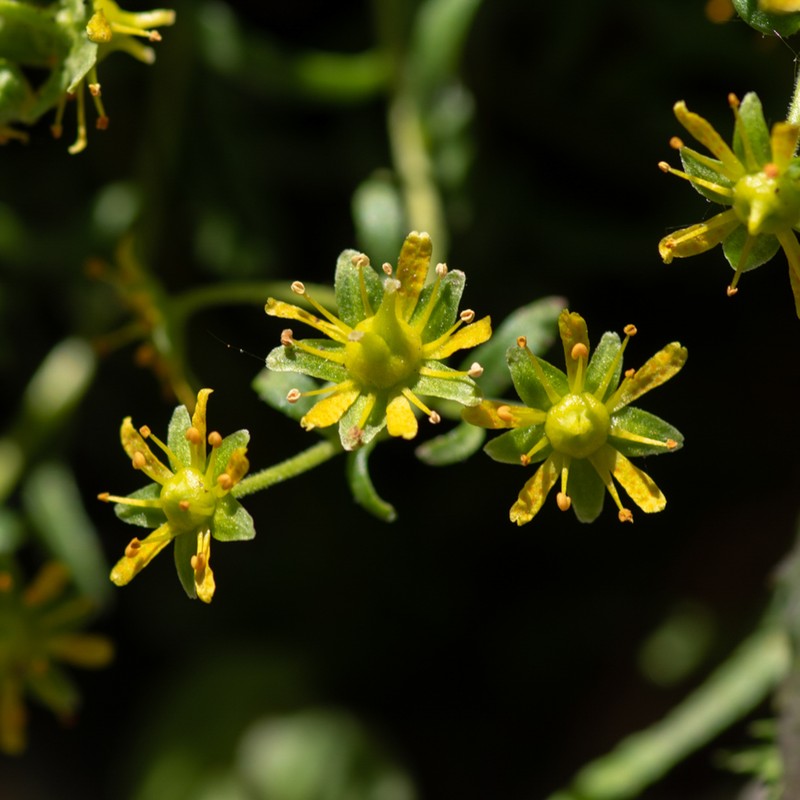 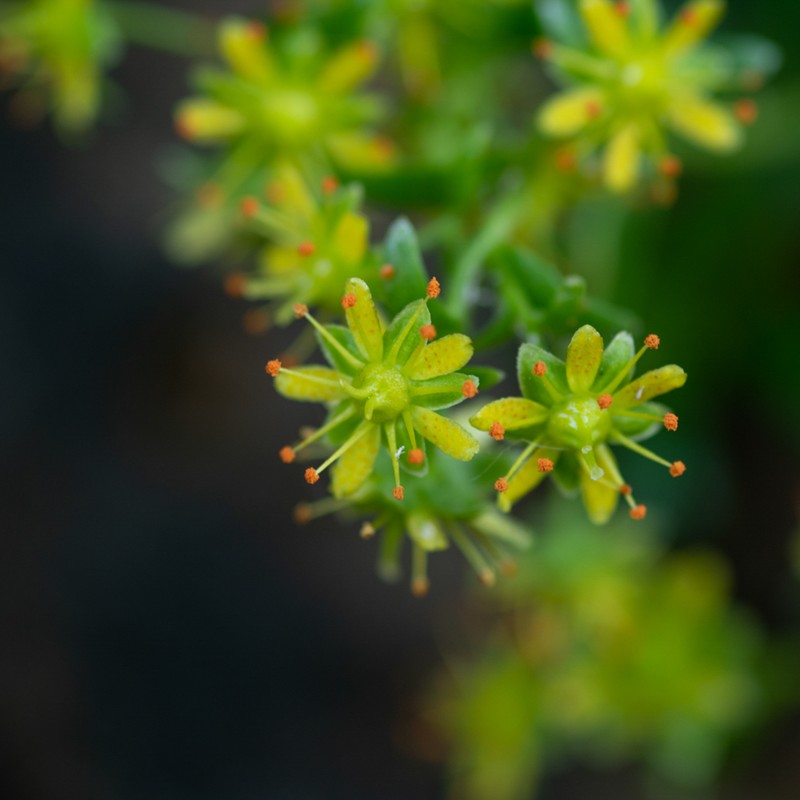 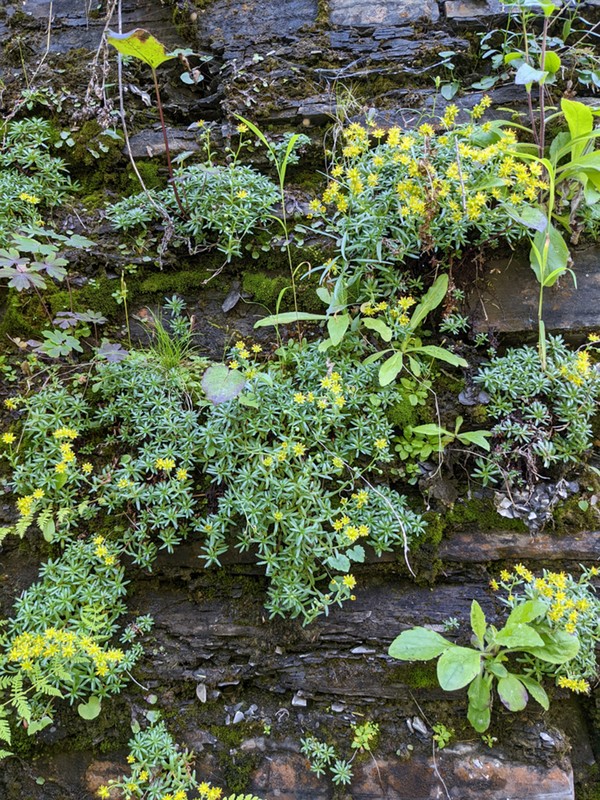 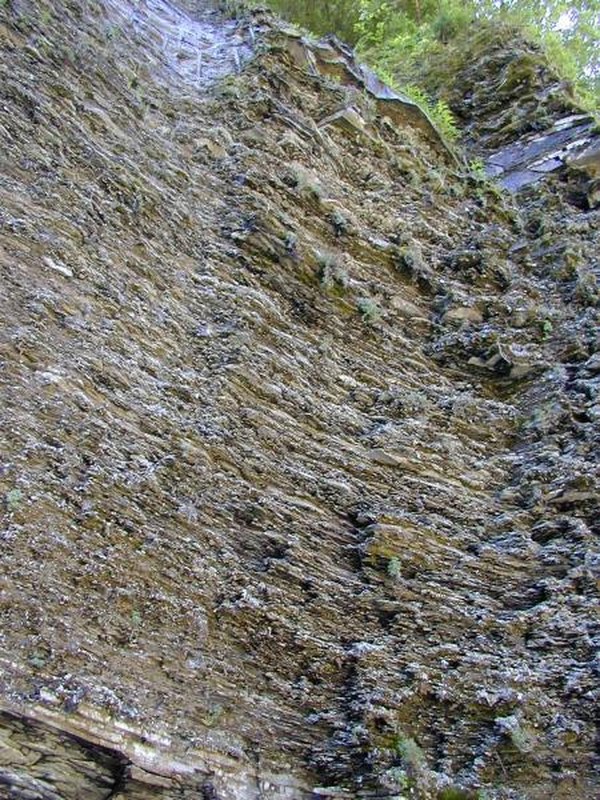