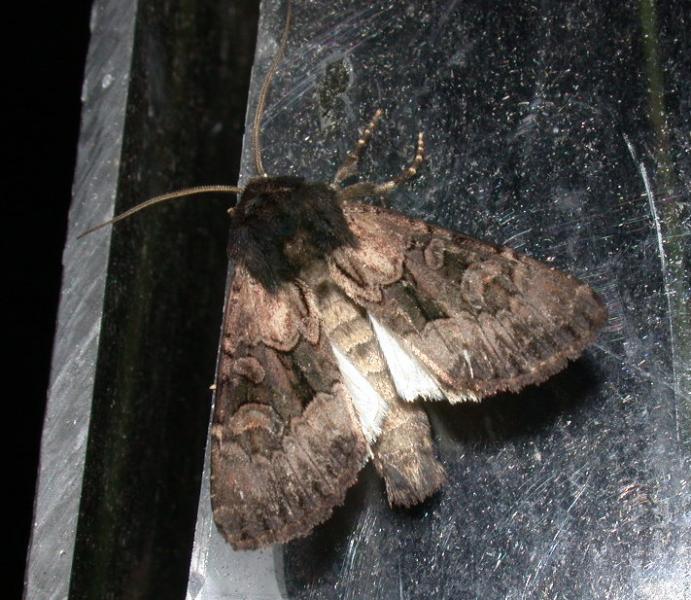 This moth is thought to be a good colonizer since it is likely to occupy all suitable habitat patches within a few kilometers of a known location at least some of the time.

Forbes (1954) reported that this moth was rare and local except along the coast. Currently, four populations are known to exist in the state.

The long-term trend for this species in New York State is unknown. The moth was described by Forbes (1954) as rare and local except along the coast.

This moth is documented in the dwarf pine barrens of Long Island where fire is necessary to maintain the habitat. Suppressing fire in naturally fire-maintained habitats such as pitch pine-scrub oak barrens and allowing habitat succession may eliminate habitat for this moth that feeds on grasses. However, this moth also occurs in other habitats on Long Island, and thus it is not a barrens specialist. In other areas, over grazing by livestock may be a threat; otherwise, livestock grazing may help maintain habitat. Elimination and fragmentation of habitat by commercial and residential development are additional threats.

Areas where this moth has been found need to be evaluated to avoid additional encroachment or fragmentation by development. Periodic controlled burns, mechanical management, or grazing is needed to maintain several natural communities where it occurs. Minimizing lighting to maintain dark sky conditions would also be beneficial.

This moth is found in dry, often sandy, areas that contain grasses.

This moth seems to be confined to the coast of Long Island.

Distribution data for United States and Canadian provinces is known to be incomplete or has not been reviewed for this species. The species is known to occur in central and eastern North America in Connecticut, Indiana, Massachusetts, Michigan, New Hampshire, New York, Pennsylvania, Rhode Island, and Wisconsin (NatureServe 2010).

This moth has a patterned brown forewing and mostly white hind wing. Its wingspan is approximately 35-40 mm.

This species feeds on grasses.

The best time to see this species is during its flight season, in September and early October.

The time of year you would expect to find Burgess's Apamea present and reproducing in New York.