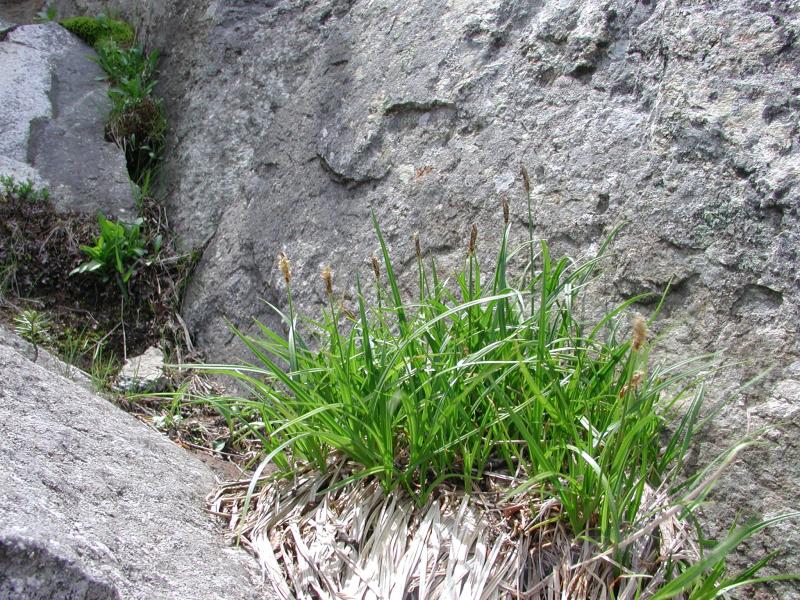 There are six known populations, but two are quite small. Most of these populations are subject to various types of recreational impacts, but mainly trampling from hikers. There are only two historical sites that need further follow-up with additional habitat elsewhere within the Adirondacks. Within eastern North America, New York is this species' southern limit.

No populations appear to have been extirpated in the recent past but precise trends are unclear. In some cases, the populations are very small and therefore, probably have declined. It is unclear if this decline is in recent years.

This is one of those plants that has likely been rare for many decades. Therea were only two populations known in the early 1900s. These populations have not been surveyed recently and may still be extant. Most of the extant populations have been known for at least 50 years. Some of these are quite small, are restricted to alpine areas, and may be declining. The decline of these local populations may be due to a variety of factors including recreational activities and climate change.

The stewardship summit program involves having stewards on the Adirondack high peak summits. These stewards facilitate the protection of fragile summit ecosystems and their flora through education. This program should be continued. Some populations need to be protected from rock climbing activities. This can be accomplished through education and where needed restricting access to vulnerable sites.

Surveys of sites only known by historical records should be conducted. For sites where populations are small, surveys should carefully note the area of the population as well as the number of plants present.

This sedge is at the southern edge of its range in New York. It is known from a few scattered locations in the Adirondack high peaks and from two populations just south of Lake Champlain.

Carex scirpoidea ssp. scirpoidea is a tufted grass-like plant. Leaves are strap-like and 2.5 mm wide. Stems are 5-40 cm tall and have one flower/fruit cluster (spike) at their apices. Spikes are composed of either entirely male or entirely female flowers and are narrowly cylindrical. Stems from individual plants usually have only male spikes or only female spikes. Female flowers develop into fruits (perigynia) which are 1.8-3 mm long (Dunlop 2002).

Carex scirpoidea ssp. scirpoidea is a cespitose, dioecious, perennial. Culms are 5-35(-40) cm long and are equal to or exceed the leaves. Lower leaf sheaths are bladeless and purplish. Leaf blades are up to 2.5 mm wide. Bracts are leaf-like to rarely scale like. Spikes are solitary and linear-cylindric. The pistillate spikes are 1.0-4.0 cm long and the staminate are 1.0-2.0 cm long. Pistillate scales are red-brown to purple and the perigynia are (1.8-)2.0-2.5(-3.0) mm long (Robertson 1984, Dunlop 2002).

Carex scirpoidea ssp. scirpoidea is a very distinctive Carex and should not be confused with other species. This species can be separated from all other Carex species by its unisexual habit, single spiked culms, pistillate spikes up to 4.0 cm long, and non-involute leaves (Gleason and Cronquist 1991, Dunlop 2002). Carex scirpoidea ssp. convoluta may occur in the alvar regions of New York. It can be distinguished by its pistillate culm leaves narrowly V-shaped and less than 1.5 mm wide vs. pistillate culm leaves widely V-shaped and greater than 1.5 mm wide for ssp. scirpoidea (Dunlop 2002).

Elevational differences should be taken into account when assessing when to survey for this species. This species is in flower or fruit from May till early September depending on elevation. Towards the end of this season the perigynia may be shedding and the spikes are a little less obvious. Therefore, the best time to survey for this species is between June and August. Although, the earlier part of this time period may not be appropriate for higher elevation populations.

The time of year you would expect to find Canadian Single-spike Sedge fruiting in New York. 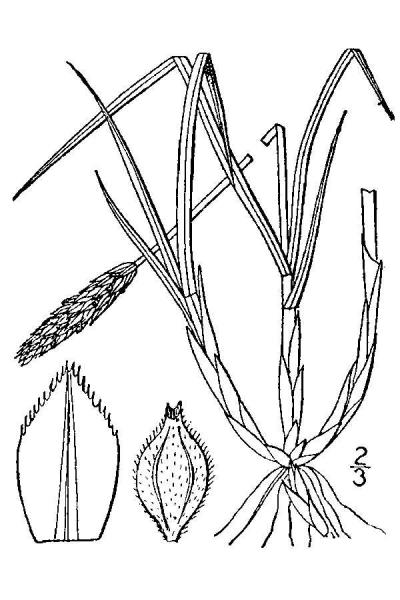