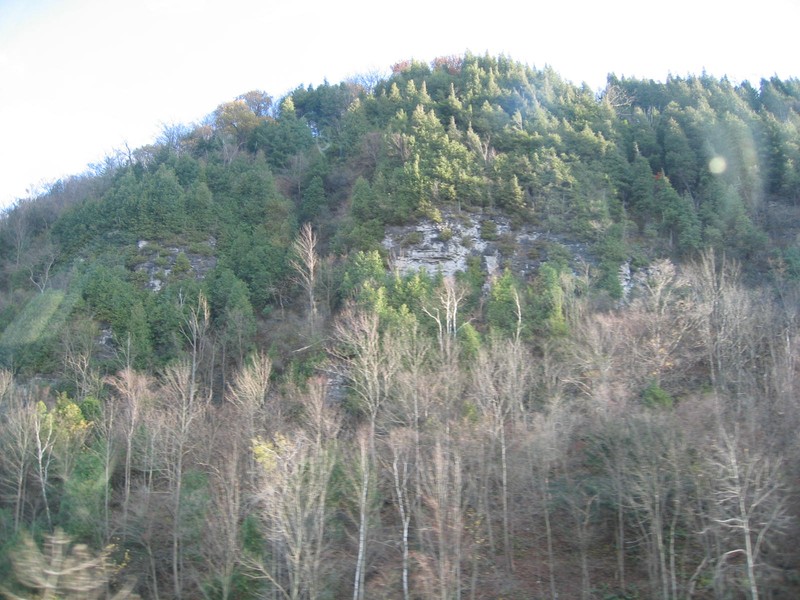 Cliff and summit communities can harbor some of the oldest trees in the state. Because these areas are inaccessible, the vegetation at these sites is often left undisturbed. In addition, the trees grow under stressful conditions, including drought, high wind, and low nutrient availability, often making them stunted, knobby, and undesirable for commercial lumber. The small size of these trees can be deceiving. Studies of the Niagara Escarpment, which extends from New York into Ontario, Canada, have found northern white cedar trees (Thuja occidentalis) that are 500 to 1000 years old.

There are probably less than 50 occurrences statewide. Very few documented occurrences have good viability and only a few are protected on public land or private conservation land. This community has a somewhat limited statewide distribution (correlated to circumnuetral to high pH bedrock geology). Most examples are relatively small. This community has probably declined moderately from historical numbers and most occurrences are likely threatened by fire suppression.

The number and acreage of northern white cedar rocky summits in New York have probably declined slightly in recent decades due to antenna tower construction, recreational disturbances, and invasive species.

The number and acreage of northern white cedar rocky summits in New York have probably declined moderately from historical numbers as a result of fire suppression, summit clearing for development, and mining of mineral resources.

The threats to northern white cedar rocky summits are not well documented. Threats are presumed to be similar to other summit communities. In general, summit communities are threatened by development (especially plans for cellular telephone and radio towers, wind farms, and similar structures) and trampling by recreational visitors (e.g., hikers and climbers). Given the stunted and gnarly growth form of summit trees, the community is only minimally threatened for timber resources. Summits on unprotected land may targeted for mining of mineral resources. Clearing in the adjacent forest may be a threat that provides corridors for invasive plants. A few northern white cedar rocky summits are threatened by non-native plants, such as European buckthorn (Rhamnus cathartica) and Helleborine orchid (Epipactis helleborine).

Management activities should include the development and implementation of prescribed burn plans at appropriate sites. Fragmenting features such as roads, abandoned tower clearings, and unnecessary trails should be reduced or minimized, and high-impact activities such as mountain biking and hang-gliding should be restricted to trails and least sensitive areas. Prevent the dumping of trash and off-trail trampling at heavily visited summits.

Soils are very thin within and around this community, and the effect of clearing and construction on soil retention and erosion must be considered prior to any development activities. The open structure of this community is maintained by fire and presents a fire hazard to existing and proposed development. Unprotected structures located within or near this community are more susceptible to damage from fire.

Survey for occurrences statewide to advance documentation and classification of northern white cedar rocky summits, since very few occurrencs are currently documented. Continue searching for large sites in good condition (A- to AB-ranked).

This community is sparsely scattered in upstate New York north of the Hudson Highlands, where bedrock is calcareous. It is thought to be more common in the northern part of this range, and possibly limited to the Northern Appalachians and Great Lakes Ecoregions.

This community is possibly limited to the Northeast U.S. and Great Lakes basin. This range is estimated to span north to Ontario, west to Minnesota, south to Central Michigan and Central New York, and east to New Brunswick.

A community that occurs on cool, dry, rocky ridgetops and summits where the bedrock is calcareous (such as limestone or dolomite), and the soils are more or less calcareous. The vegetation may be sparse or patchy, with numerous rock outcrops. The species have predominantly boreal distributions. This community is often surrounded by other calcareous communities, such as limestone woodland, calcareous talus slope woodland, and calcareous cliff community. Northern white cedar (Thuja occidentalis) is a characteristic tree.

Known examples of this community have been found at elevations between 130 feet and 1,575 feet. 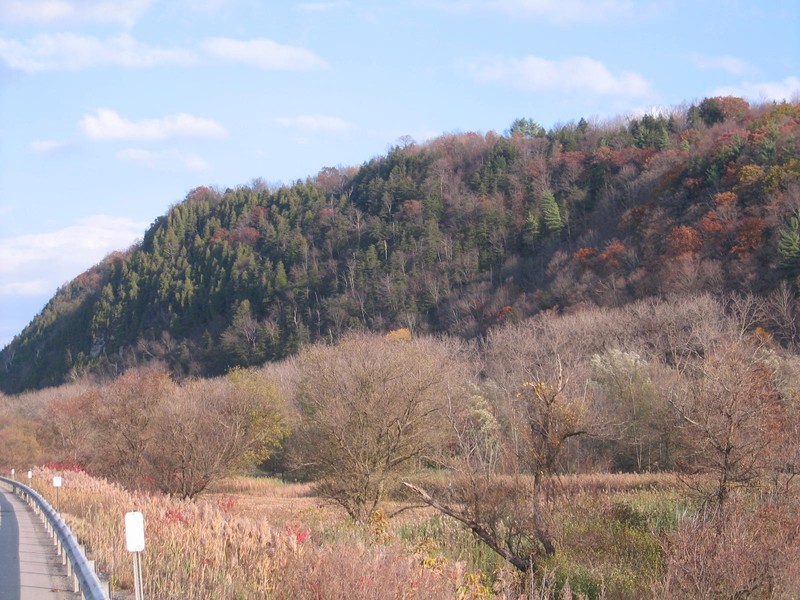 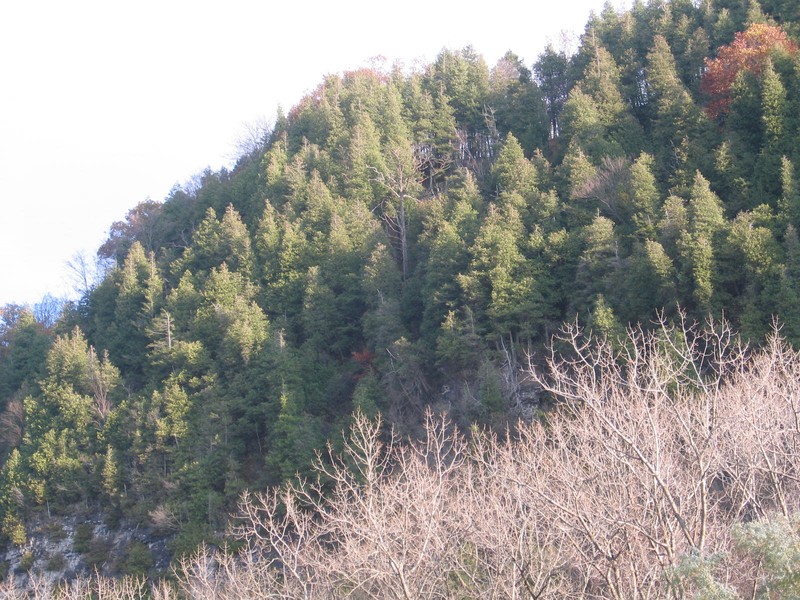 This figure helps visualize the structure and "look" or "feel" of a typical Northern White Cedar Rocky Summit. Each bar represents the amount of "coverage" for all the species growing at that height. Because layers overlap (shrubs may grow under trees, for example), the shaded regions can add up to more than 100%.