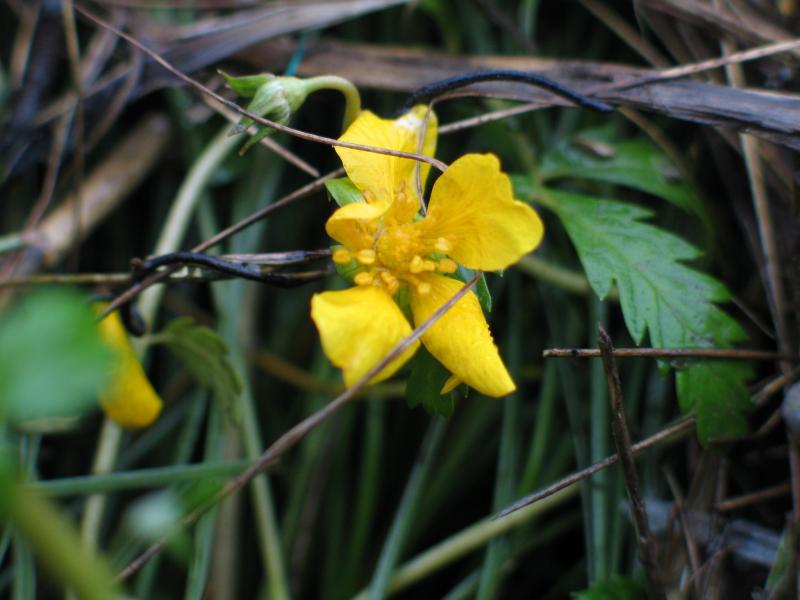 Argentina comes from the Latin word for silver. It refers to the silvery hairs that cover the leaves of the species.The country of Argentina derives its name from the silver that was shipped down the silver river (Rio de la Plata) from the Potosi silver mines in Bolivia (Wikipedia contributors).

There is not enough recent information to evaluate short-term trends.

There are about as many existing populations as they were historical populations so species has remained stable over time. Future trends may be downward as Phragmites populations expand.

This plant occurs in salt marshes often invaded by Phragmites.

Habitat studies should be performed to discover why plants prefer some salt marshes over others and why they may be distributed in only a small portion of the marsh.

This salt marsh plant occurs on the eastern end of Long Island with a few historical records on the western end that are now considered extirpated.

This is an arctic species of northern Canada and Alaska that extends down the east coast of the US from Maine to Long Island.

Coastal silverweed is a creeping perennial herb species. It spreads by long stolons which root at the nodes, producing new leafy stems. The leaves are pinnately compound, with leaflets up to 4 cm long with long, sharp teeth and undersides covered with dense silvery tomentose hairs. The stolons, pedicels, and axes of the leaves are covered with long, silky hairs. The flowers are 1.5 to 2.5 cm across, with 5 yellow petals, and are solitary on erect pedicels from the leaf axils or the nodes of the stolons. The fruits are clusters of achenes 1.5 to 2.0 mm long and flattened laterally (Gleason and Cronquist 1991, Haines 1998).

Coastal Silverweed is best determined when in fruit, but flowering or vegetative specimens may also be identified.

Argentina egedii ssp. groenlandica is closely related to Argentina anserina. A. anserina differs by having the undersides of the leaves covered with long silky hairs (covering up the short gray-silvery tomentose hairs) and achenes about equally as thick as wide and deeply grooved on one side, while A. edgedii ssp. groenlandica has silky hairs on the veins only (underside of the leaves still tomentose) and flattened achenes rounded or with a shallow groove (Gleason and Cronquist 1991).
A. egedii ssp. groenlandica is the only subspecies in New York. Potentilla argentea (Silvery Cinquefoil) is a related species which also has leaves silvery tomentose on the underside, but its leaves are palmately compound.

Coastal Silverweed flowers from mid-June to mid-August and fruits during August and September.

The time of year you would expect to find Coastal Silverweed flowering and fruiting in New York. 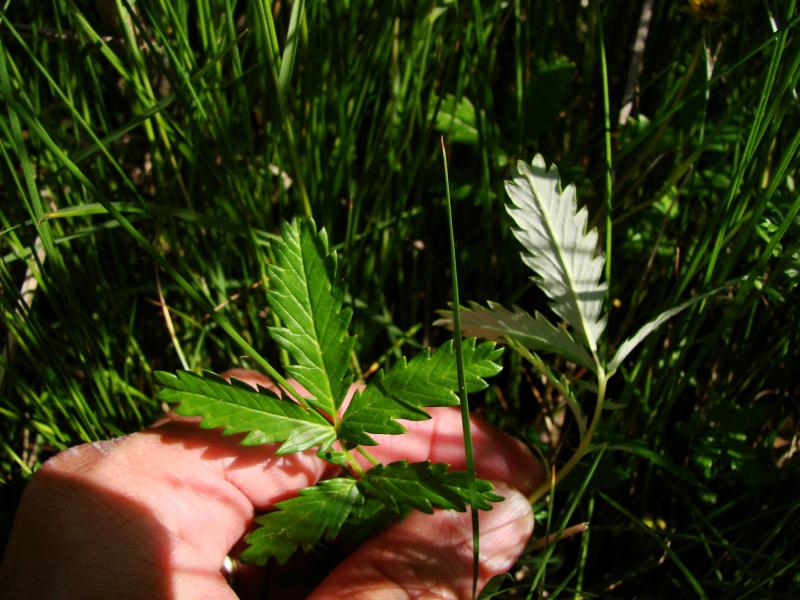 Subspecies egedii is a northern sp. that does not occur in NY. Our plants are ssp. groenlandicum.

Information for this guide was last updated on: February 22, 2012