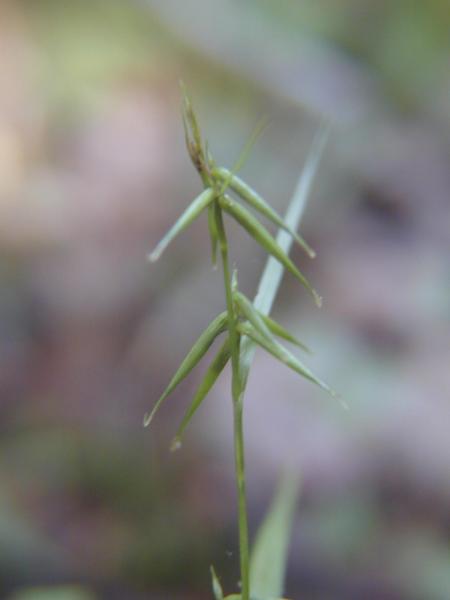 There are four known populations and more than twenty historical locations, all restricted to Long Island and Staten Island. A number of the historical locations are either considered extirpated or have been surveyed without finding this plant. Only one site has more than a hundred culms. This site is actually quite large, possibly over a thousand culms, and it is the only site on protected land where management practices take the needs of this plant into account. This is a very unique looking sedge, making it difficult to overlook. Few to no new populations are expected.

There are only four populations that have been seen in recent years. One of these populations is quite large. The extent of the other populations is unknown or fairly small. No data is available on short-term trends for this species in New York. Therefore, short term trends are unknown.

Three populations are believed to have been extirpated sometime in the 1900's due to urbanization. A few other populations have been searched for without success. There are an additional about 15 populations that are only known from historical records. It is unknown if these populations are still extant. Carex collinsii is a very habitat specific plant. The habitat it occurs in is very limited in distribution. Overall, exact long-term trends are unknown but clearly show at least some decline.

Currently, no extant population appears to be directly threatened. Still, all known extant populations occur on Long Island which is undergoing a lot of development pressure. Some of these populations are protected but others are not. Additionally, adjacent development may negatively impact the hydrological regimes that are important for the habitat where Carex collinsii occurs.

Currently no management is needed for C. collinsii.

In New York, Carex collinsii is only known from Long Island and Staten Island and is very close to the north edge of the species' range.

Carex collinsii is mainly known from the coastal plain of the eastern United States but there are a few scattered inland populations as well. It occurs from Rhode Island, Connecticut, and New York south to Georgia (Mackenzie 1931-1935, Standley 2002).

Carex collinsii is cespitose and short-rhizomatous. Basal leaf sheaths are purple-brown and the blades are 5 mm wide. Culms are 15-75 mm tall and the bracts are leaf-like and shorter than the inflorescences. There are 4-5 lateral pistillate or androgynous spikes. These lateral spikes are 6-10 flowered. The terminal spike is staminate and 5-10 mm long. Perigynia are subulate, green, red-brown spotted, 15 mm long, 1.2 mm wide, and taper gradually to an elongated beak. The perigynia beak is terminated by two teeth which are up to 1 mm long and reflex at maturity (Mackenzie 1931-1935, Standley 2002).

It is easiest to identify C. collinsii when it has immature to mature perigynia.

Carex collinsii perhaps most resembles C. folliculata or C. michauxiana although it is quite distinct from these two species. It can be separated from these two by the perigynium beak teeth which are reflexed at maturity and the purple-brown basal leaf sheaths. In comparison, Carex folliculata and C. michauxiana have perigynium beak teeth straight and brown basal leaf sheaths.

Carex collinsii starts to produce immature perigynia in late June. These mature and persist into mid August or a little later. The perigynia start to shed during the later part of this season. Therefore, the best time to survey for this species is July through early August.

The time of year you would expect to find Collins' Sedge fruiting in New York. 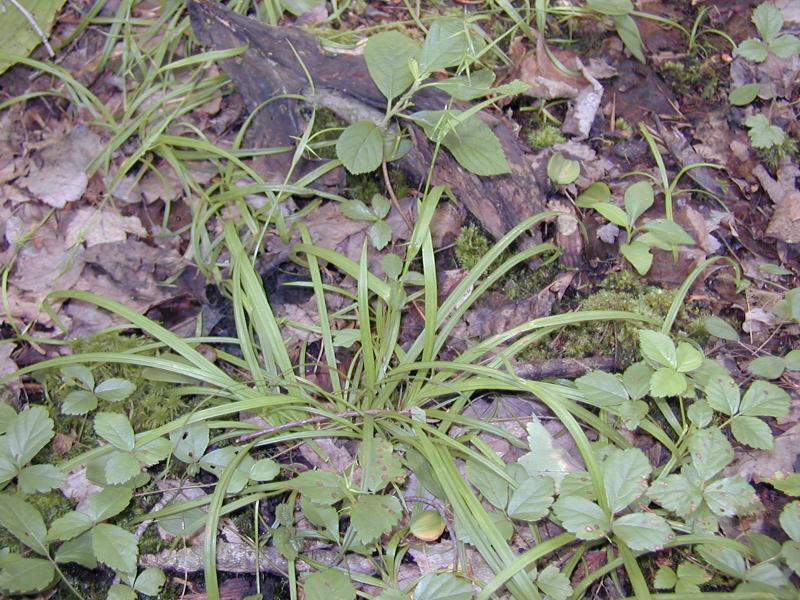 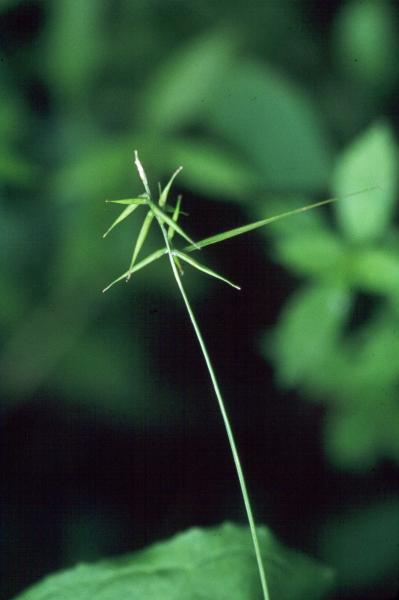 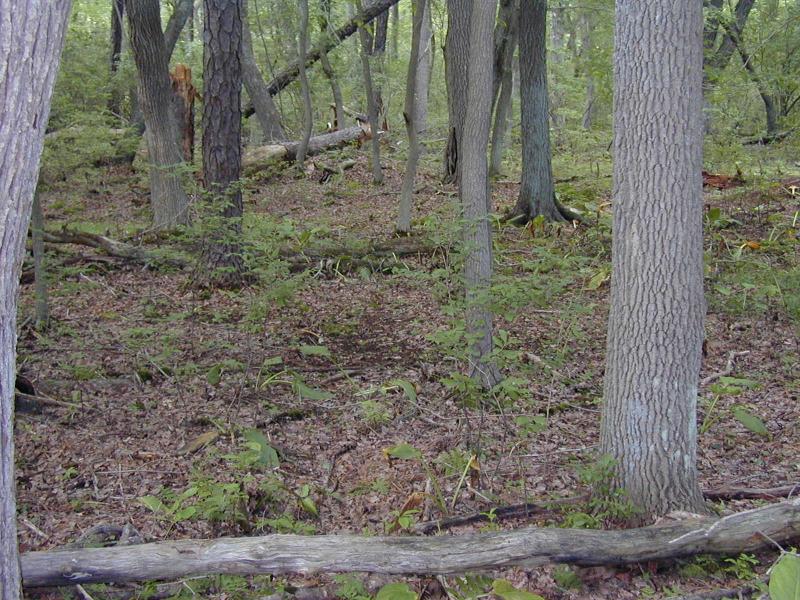 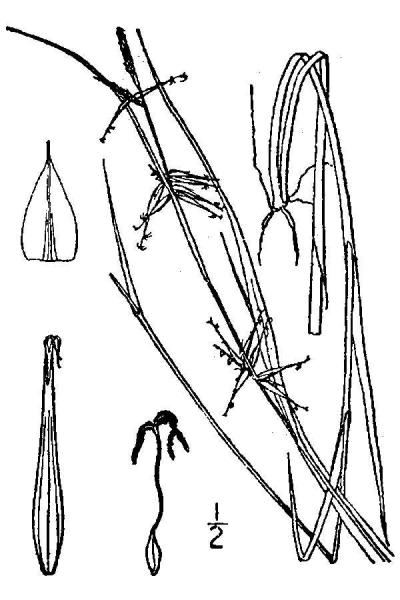 Carex collinsii is in the monotypic section Collinsiae and no intersectional hybrids are known. This section is perhaps closely related to Carex microglochin and has been placed by some authors in sections Folliculatae and Lupulinae (Standley 2002).