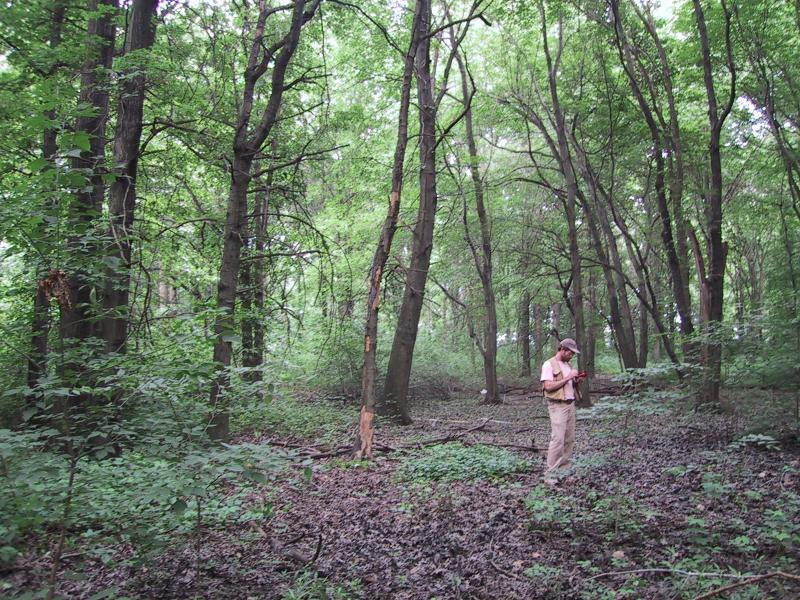 Sweetgum (Liquidambar styraciflua) is aptly named - the resin from the tree was used as a chewing gum by several Native American tribes. The Cherokee, Choctaw, Koasati, and Rappahannock would knock a piece of bark from the sweetgum tree, causing resin to flow from the tree. The sap hardened after a week and was collected for chewing gum.

There are an estimated 10 to 30 extant occurrences statewide. A few documented occurrences have good viability, but none of these are in excellent condition. A few are protected on public land or private conservation land. This community has a very limited statewide distribution that is primarily concentrated on Staten Island where there are several small, good quality examples. The current trend of this community is probably stable for occurrences on public land and private conservation land, or declining slightly elsewhere due to moderate threats that include alteration of the natural hydrology, development, and invasive species.

The number and acreage of red maple-sweetgum swamps in New York have probably declined slightly, or remained stable, in recent decades as a result of wetland protection regulations. Since World War II, urbanization has emerged as the predominant force impacting wetlands in most parts of the region (Golet et al. 1993).

The number and acreage of red maple-sweetgum swamps in New York have probably declined substantially from historical numbers likely correlated with agricultural and other development. The principal causes of wetland loss in the Northeast prior to mid-1800s include conversion of wetlands to agriculture, the construction of impoundments for hydropower and water supply, and the cutting of swamp timber for lumber, fence posts, and fuel wood (Golet et al. 1993). Extensive historical extirpation of red maple-sweetgum swamps has been cited by Stevens (1992). More wetlands are being drained and filled for development as undeveloped uplands in the metropolitan New York City area have become very scarce. Reportedly, no old-growth examples remain north of Richmond County (Stevens 1992).

Where practical, establish and maintain a natural wetland buffer to reduce storm-water, pollution, and nutrient run-off, while simultaneously capturing sediments before they reach the wetland. Buffer width should take into account the erodibility of the surrounding soils, slope steepness, and current land use. Wetlands protected under Article 24 are known as New York State "regulated" wetlands. The regulated area includes the wetlands themselves, as well as a protective buffer or "adjacent area" extending 100 feet landward of the wetland boundary (NYS DEC 1995). If possible, minimize the number and size of impervious surfaces in the surrounding landscape. Avoid habitat alteration within the wetland and surrounding landscape. For example, roads and trails should be routed around wetlands, and should not pass through the buffer area. If the wetland must be crossed, then bridges and boardwalks are preferred over filling. Restore past impacts, such as removing obsolete impoundments and ditches in order to restore the natural hydrology. Prevent the spread of invasive exotic species into the wetland through appropriate direct management, and by minimizing potential dispersal corridors, such as roads.

Continue searching for large sites in good condition (A- to AB-ranked).

Research the hydrologic regime of red maple-sweetgum swamps and determine what unique soil characteristics support this community. Assess examples (e.g., Arshamonaque) that are dominated by swamp white oak (Quercus bicolor), swamp cottonwood (Populus heterophylla), and pin oak (Quercus palustris) that have little or no red maple or sweetgum and determine if this is a new community type.

This community is apparently concentrated in the western half of Staten Island (Richmond County) with a few examples extending north to the Hudson Highlands in Westchester and Rockland counties. Red maple-sweetgum swamps were probably historically present in very small patches farther east in Queens, Kings, and Nassau Counties. It was also likely to have been present historically in Bronx and New York Counties.

Known examples of this community have been found at elevations between 8 feet and 190 feet.

The community vegetation is at its peak during midsummer; at this time ferns, sedges, and herbs can be readily observed and identified. Striking seasonal leaf color can be enjoyed in the fall. 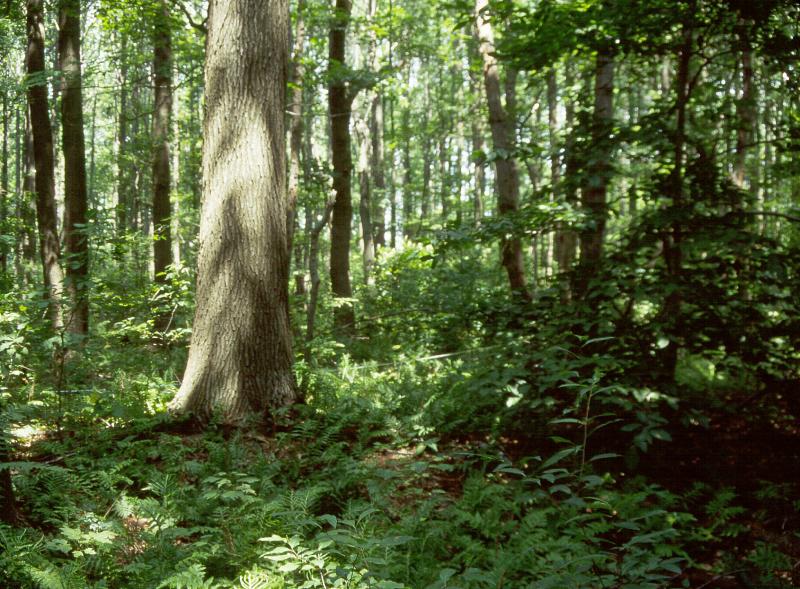 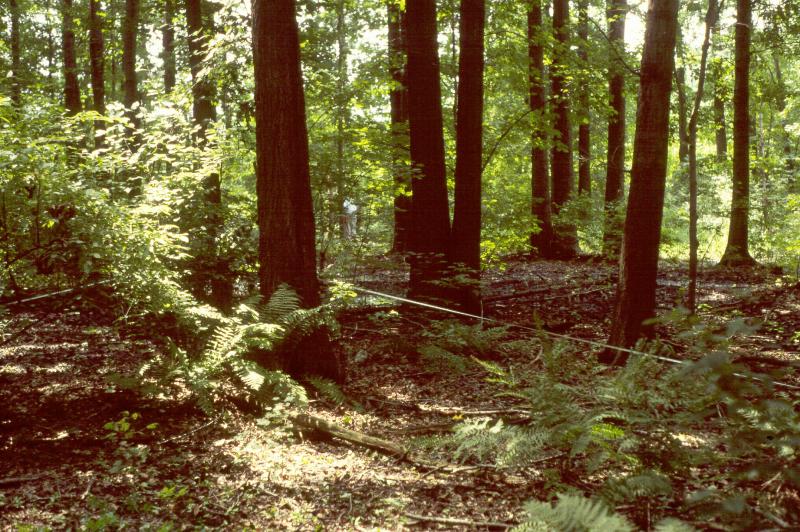 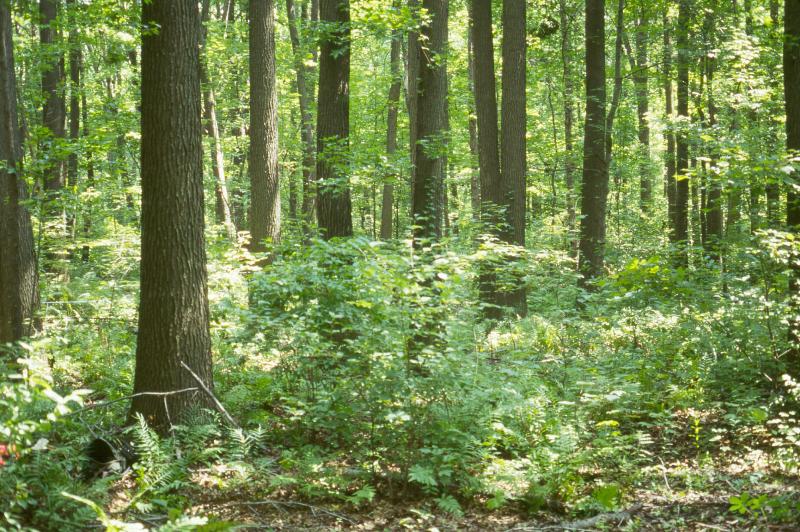 This figure helps visualize the structure and "look" or "feel" of a typical Red Maple-Sweetgum Swamp. Each bar represents the amount of "coverage" for all the species growing at that height. Because layers overlap (shrubs may grow under trees, for example), the shaded regions can add up to more than 100%.