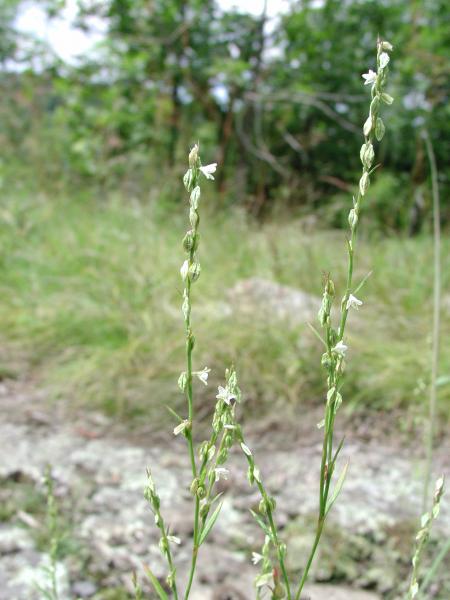 The genus name "Polygonum" is derived from the Greek for "poly", meaning many, and "gonu", meaning knee -- a reference to the many swollen joints, or nodes, along the stems of the plants (FNA 2005). Douglas' Knotweed is named for David Douglas, a Scottish plant collector of the early 19th century, who explored the northeast, Canada, California, and Hawaii for the Horticultural Society of London (Charters 2008).

There are only 5 verified occurrences in the state, 3 of which are ranked "good" with more than 100 individuals. There are 17 historical records, most of which have never been checked.

The few verified occurrences of this species appear to have stable populations.

The long-term trends for this species are unclear; there are many historical records which need to be checked.

No immediate threats are apparent at the known sites for this species. The thin soil and in some cases steep slopes at the sites could make the plants vulnerable to erosion.

There are historical records widely scattered in northern and eastern New York from Jefferson, and St. Lawrence Counties in the north, and a few in Ulster and Westchester Counties. The only verified occurrences are from Clinton, Essex, Warren, and Washington counties in the northeast.

Polygonum douglasii is found in Canada and in most of the western and northern plains states, and east to Michigan, New York, and northern New England, and slightly disjunct to Maryland.

Polygonum douglasii is a slender annual herb growing from 20 to 60 cm tall, with numerous ascending branches. A characteristic of all Polygonum species is that the leaves have stipules thattheir stipules are united to form a sheath around the stem (called an "ocrea") at each node. In this species the ocrea is 6 to 12 mm long, and has a jagged top edge. The leaves are linear to lance-shaped, 2 to 5 cm long and only 2 to 8 mm wide, and have an awl-shaped tip. The flowers have white petals 3 to 4 mm long and cleft nearly to their bases, and are in groups of 1 to 3 per ochrea. The flowers and subsequently the fruit (shiny black achenes 1 to 3mm long) become strongly reflexed or bent back towards the ground (Gleason and Cronquist 1991).

Polygonum tenue has shorter (1 to 3 cm) leaves which are folded from the midvein, and only 1 flower per ochrea.

The flowers appear in June or July, and the fruits may persist through October.

The time of year you would expect to find Douglas' Knotweed flowering and fruiting in New York. 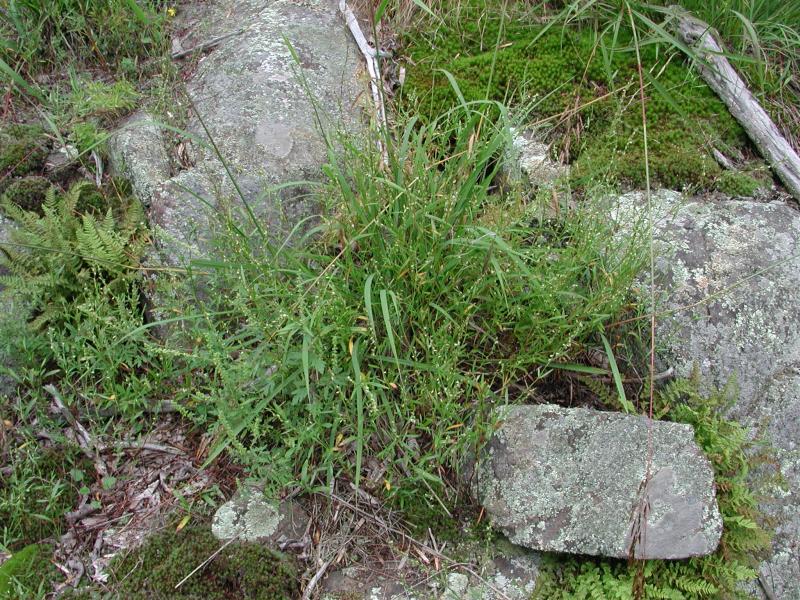 We follow the treatment within Flora of North America where all former subspecies of Polygonum douglasii have been raised to full species.