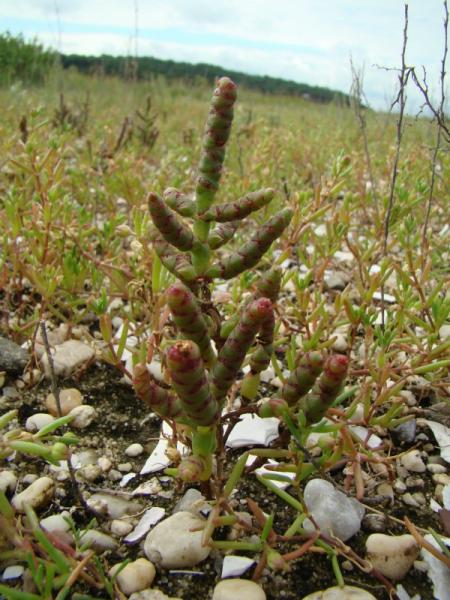 New York botanist John Torrey named this salt marsh plant after its discoverer Jacob Bigelow, a Harvard professor of medicine and botany who published one of the first two American botanical books with color illustrations. For the illustrations he used etched stone instead of metal plates, an unusual technique at the time (Norman 2006).

There are 12 existing populations but half of these have less than 100 plants each. There are 22 records from the late 1800s through the 1970s that have not been rediscovered.

Most of our populations have only been visited one time, so short term trends are unclear, although three of the larger populations seem to be stable.

There are almost twice as many historical records as there are current records, so this species seems to have declined over the past 100 years, although many historical sites have not been resurveyed.

Hydrologic changes from ditching and road traffic, as well as invasion of common reed (Phragmites australis) is a threat to some of the salt marshes where this species occurs.

Common Reed should be controlled in the salt marshes where it exists and steps taken to prevent new incursions. Natural buffers should be established around salt marshes to decrease pollution runoff and other direct human disturbances.

Research is needed to determine how this species interacts with other species of Salicornia and what limits its population size within these large marshes.

This salt marsh plant is currently known from Suffolk County, Long Island with historical records from Nassau and Queens counties on Long Island and from Staten Island and the Bronx. It has been extirpated from the inland salt marshes near Syracuse.

This saltmarsh wildflower grows along the Atlantic and Gulf coasts from Southern Maine and New York, where it is rare, south to Florida, and west to Louisiana and the entire coast of Texas. There are also scattered populations in New Mexico and on the southern coast of California.

Dwarf Glasswort is an annual, fleshy, erect herb with thick jointed stems (up to 6 mm wide), growing up to 60 centimeters in height (but is often much shorter). Its leaves are opposite, sessile, and fleshy, enclosing the stems, the tips scale-like and mucronate (pointed). The flowers are arranged in triangular groups of 3, emerging from fleshy bracts near the tip of each stem. Each fruit (a utricle) holds a single seed 1 to 1.5 mm long (Gleason and Cronquist 1991). The entire plant, beginning with the tips, may turn red as it ages, especially in autumn.

The key characters for identification are the leaf tips and thick stems, so this species can be identified in either vegetative or reproductive form.

The only other species of Salicornia known from New York is Salicornia depressa. It has obtuse or subacute leaf and bract tips, contrasting with the acute and mucronate leaf tips of S. bigelovii, and its stems are half as thick as S. bigelovii (FNA 2003). Sarcocornia, a closely related genus, has a similar form with fleshy, scale-like leaves. Sarcocornia perennis, the only New York species, differs from Salicornia species in being a perennial, in having many rhizomatous, mat-forming, vegetative stems, and in having its flowers arranged in a row rather than in a triangle.

The plants emerge in July and may persist until October.

The time of year you would expect to find Bigelow's Glasswort vegetative, flowering, and fruiting in New York. 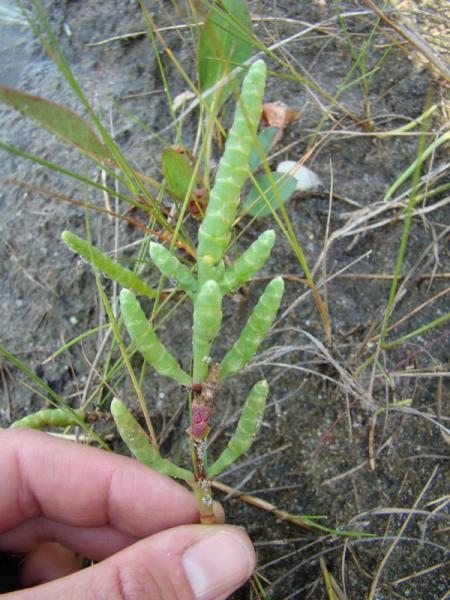 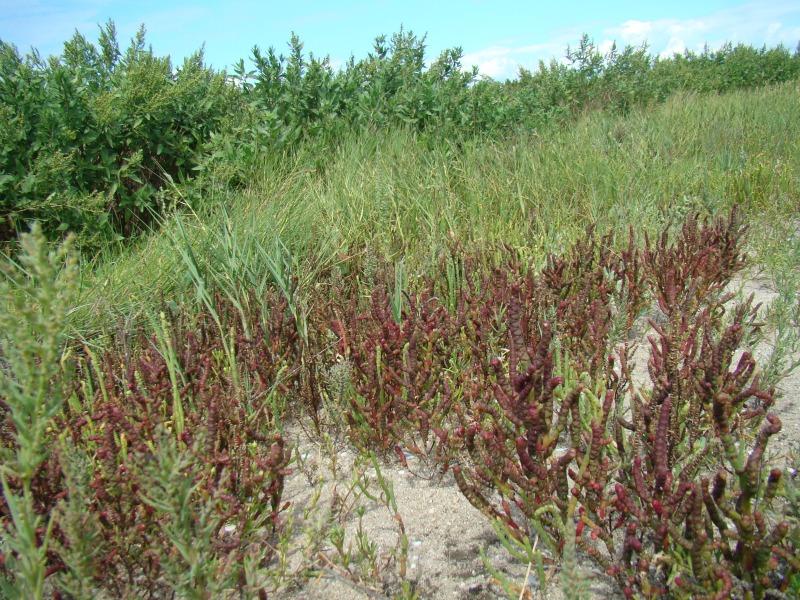 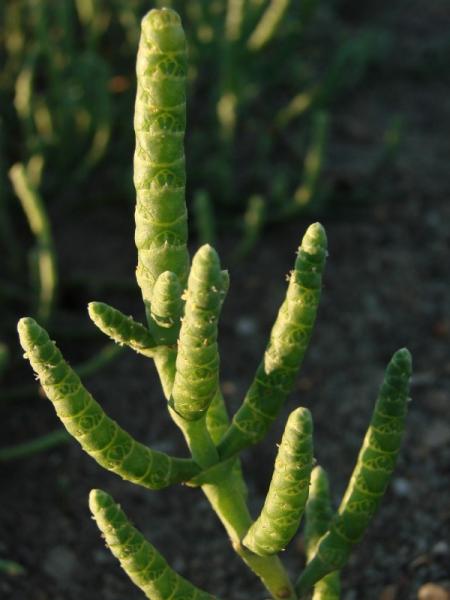 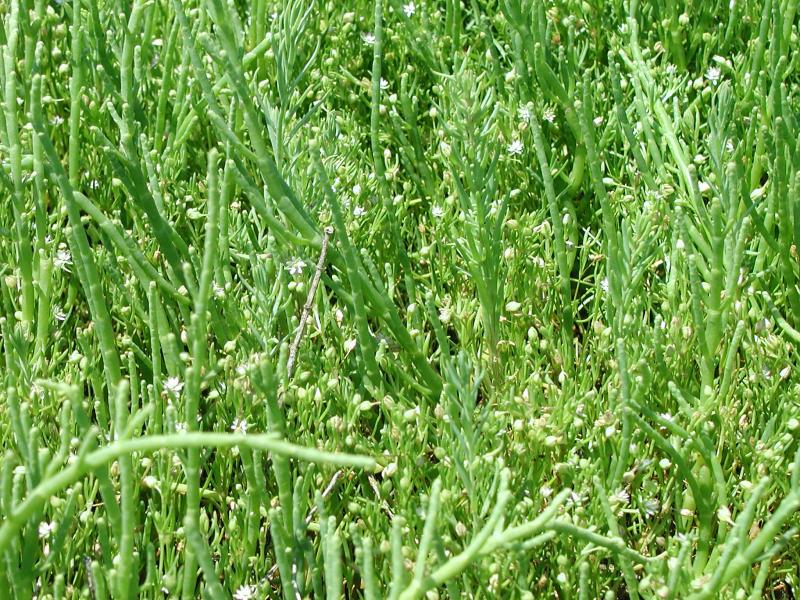