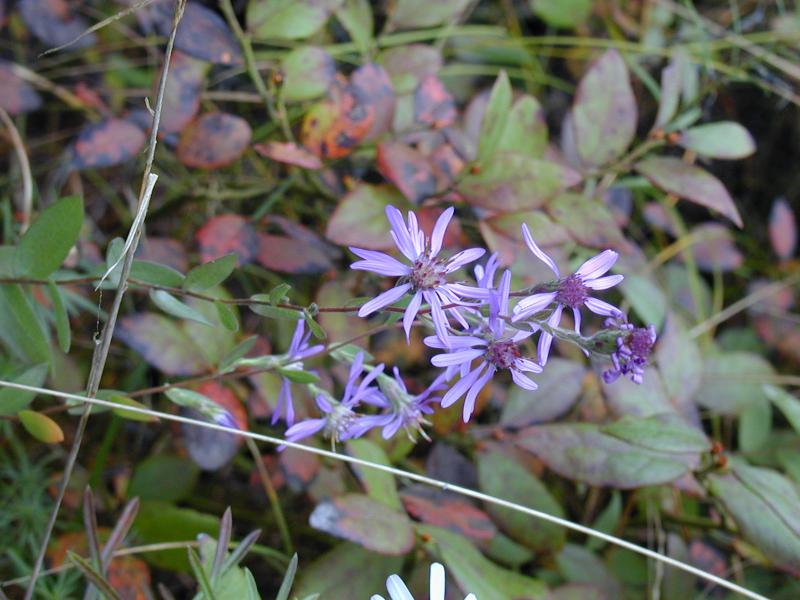 State Conservation Status Rank
SH
Historical (Possibly extirpated) in New York - Missing from New York; known only from historical records (more than 30 years ago), but still some possibility of rediscovery upon further searching.
Global Conservation Status Rank
G5T5
Secure globally - Both the species as a whole and the subspecies/variety are common in the world; widespread and abundant (but may be rare in some parts of its range).

We are unsure of why this once common aster is so rare now. Plenty of suitable habitat apparantly remains, although many of its former sites on western Long Island and New York City have been developed.

There is only one known population on the verge of being extirpated. There are approximately 30 historical occurrences, but despite extensive searches only one occurrence has been seen. No other records of this conspicuous aster have been reported recently. There are probably only a few other occurrences in New York.

The short-term trend is strongly negative. The only existing population has severly declined over the last 25 years and may be extirpated.

The long-term trend is strongly negative. There are about 30 historical occurrences, some probably quite large and in the larger grasslands, but despite extensive searches only one occurrence has been seen in the last 25 years. This is one of the most dramatic declines of any rare plant in New York State.

Lack of disturbance to maintain the open grassland habitat has led to succession that has reduced plant numbers.

This aster is found on the Coastal Plain and Piedmont Plateau in the Southeast US from Louisiana north to Kentucky and Virginia. It extends up the Atlantic Coast where it is rare from Maryland to Long Island and eastern Massachusetts.

Silvery aster is a slender, upright perennial herb, growing in clumps and reaching from 30 to 100 cm tall. The lower and basal leaves are withered by flowering time. The upper leaves are entire, oblong to lanceolate with mucronate tips and 9 to 15 mm long. They are covered with short grayish-green (or silvery) hairs and usually closely appressed to the stem. As with all asters, the infloresences are arranged radially into "heads" of many separate ray and disc flowers, superficially resembling a single flower, and the arrangement of these heads is termed a capitulesence. Silvery Aster may consist of only a single head or may have a narrow panicle, with 1 to 3 heads per branch. The peduncles are densely hairy, with the upper bracts reduced and grading into the phyllaries (involucral bracts). The ray flowers are rose purple and 3 to 10 mm long, and the achenes 2.5 to 3.5 mm long and covered with silky hairs (FNA 2006, Gleason and Cronquist 1991).

The best time to identify Silvery Aster is during flowering.

Symphyotrichum novi-belgii has longer and broader leaves, not covered in silvery hairs, and its petal-like ray flowers are 10-19 mm long (versus 3-10 mm long for S. concolor var. concolor) (FNA 2006).

The time of year you would expect to find Eastern Silvery Aster flowering and fruiting in New York. 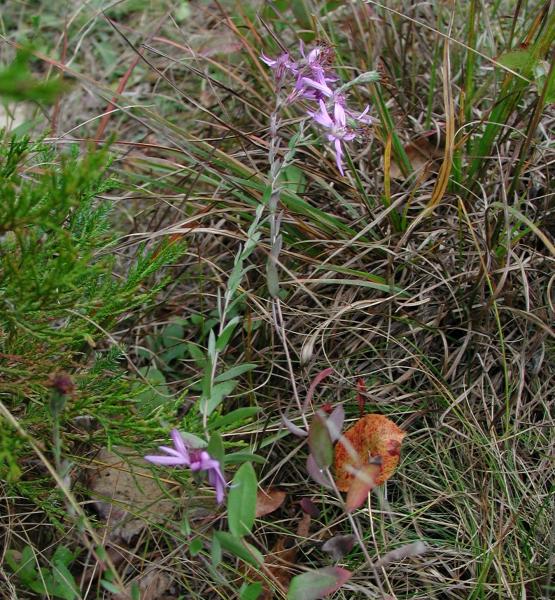 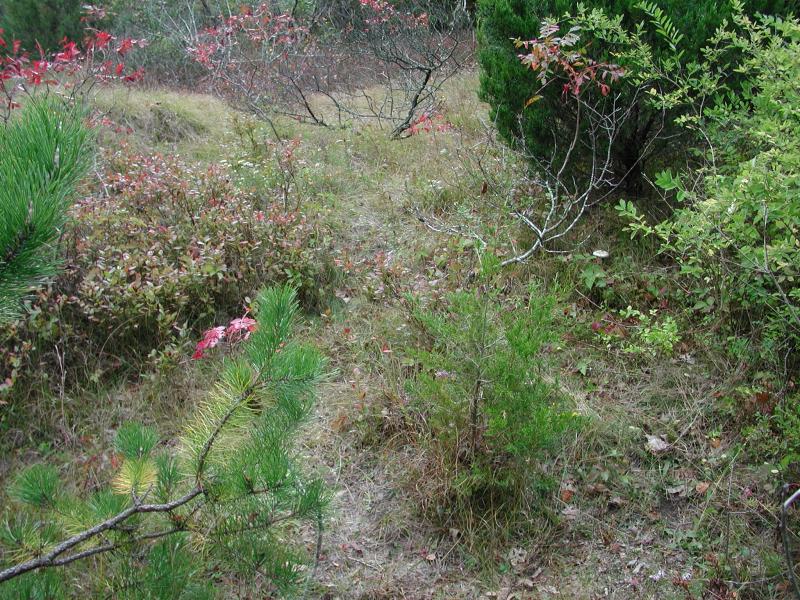 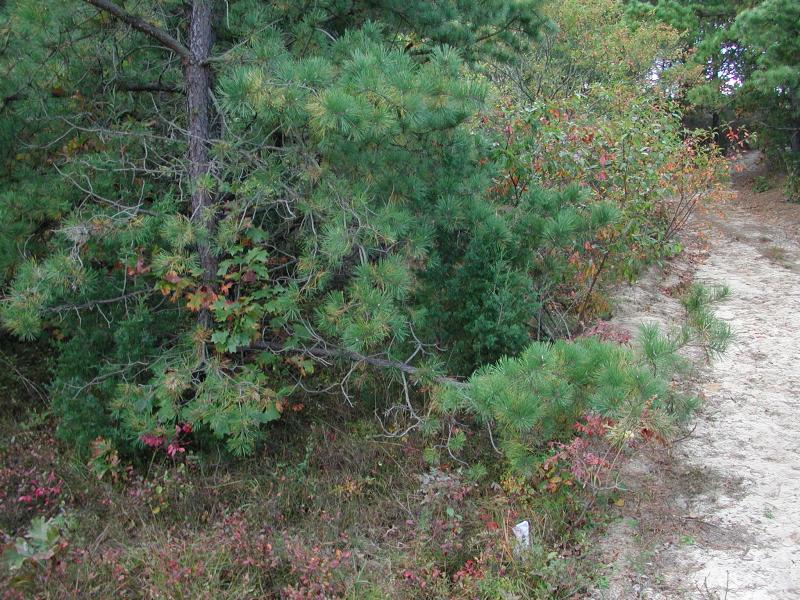