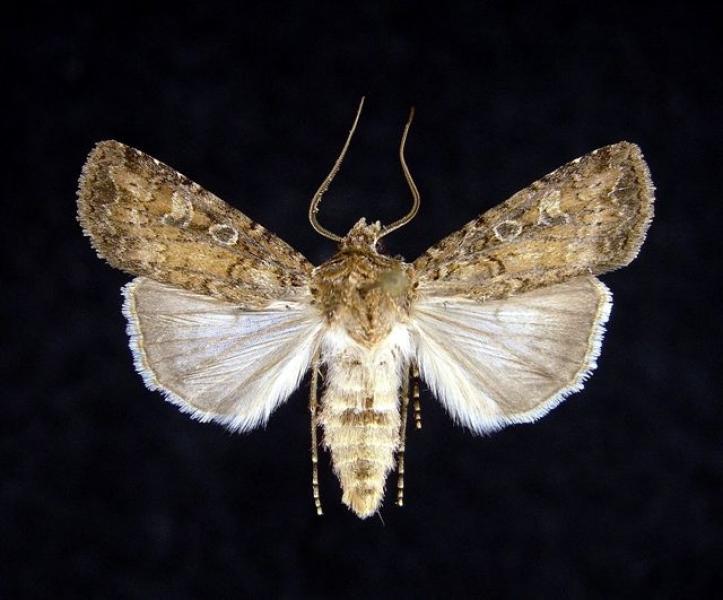 Many noctuines that have one generation per year and that occupy habitats that are particularly dry during the summer (for example, grasslands and dunes), such as the fawn brown dart, fly in the late summer or fall (Wagner et al. 2008).

Five populations of the fawn brown dart have been documented in New York State since 1987. The species has a very limited distribution in the East, although it is much more common westward. In New York State, it is expected to occur on Long Island, along the Great Lakes, and in sandy areas in the Adirondacks. Additional surveys are needed to better understand its status and distribution.

The short-term trend for the fawn brown dart may be declining. At one site that was surveyed in 1993 and 2005, one individual was captured in 1993, but no individuals were captured in 2005. The other four documented populations have been surveyed only once.

The long-term trend for the fawn brown dart may be declining. There are historical records of the species from Orient, Riverhead and "northern New York." Surveys should be conducted to determine if populations are still present in these areas.

Elimination and fragmentation of habitat by commercial and residential development are threats to the fawn brown dart. In addition, fire suppression and allowing succession may eliminate some suitable habitat for the species in the Dwarf Pine Barrens. The species is also vulnerable to mosquito spraying.

The fawn brown dart inhabits dunes and other sparsely vegetated sandy areas such as pine barrens. In New York State, it has been found in several habitats including maritime grasslands, Great Lakes dunes, dwarf pine plains, and maritime heathlands.

The fawn brown dart is documented from Long Island and Jefferson County. It is expected to occur on Long Island, along the Great Lakes, and in sandy areas in the Adirondacks.

The fawn brown dart is widespread across the northern states and southern Canada, from Massachusetts in the east to the interior of British Columbia in the west, south to New Mexico and Arizona (Anweiler 2003).

The fawn brown dart is a mottled, copper-brown moth. The forewings consist of mottled pale copper, dark grey, and darker brown areas. The wingspan is approximately 34-38 mm. The small, round orbicular spot is pale with a dark middle; the spot is conspicuous against the dark background. Most, but not all, of the reniform spot has a pale outline. Males have dirty white or light cream hind wings that are darker along the veins and outer margin. Females have darker hind wings than males. Characteristics of male genitalia include that the right harpe is half the length of the right saccular extension, and the left saccular extension is 0.9 times shorter than the right extension. Characteristics of female genitalia include that the ovipositor lobes are rounded at the tip and have fine hairs (Anweiler 2003). A key is provided in Lafontaine (1987).

The forewing coloration and genitalia characteristics are useful for identification (Anweiler 2003).

The adult is the best stage for identification.

Little is known about the life history of the fawn brown dart. There is one generation each year. Larvae overwinter, and mature caterpillars are present from late spring into the summer (Anweiler 2003; Wagner et al. 2008).

It is thought that the larvae feed on a variety of low-growing plants (Wagner et al. 2008).

The best time to see the fawn brown dart is during its flight season. In New York State, it has been captured flying from mid-August until early September.

The time of year you would expect to find Fawn Brown Dart present and reproducing in New York.