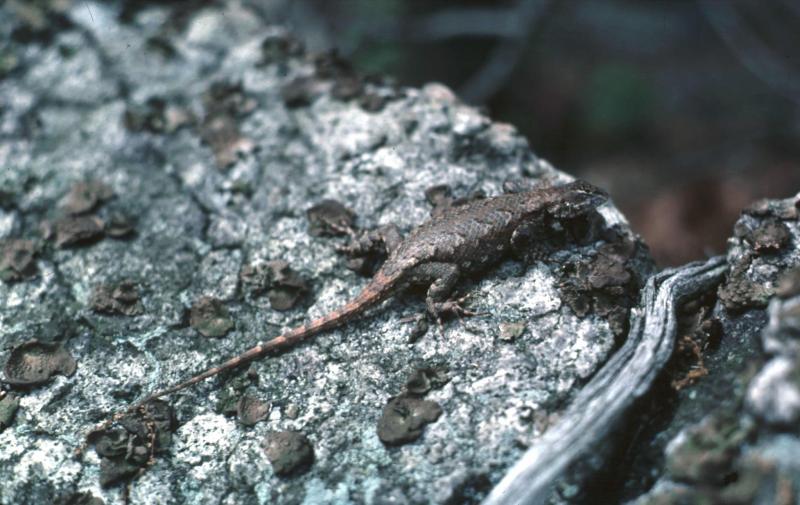 Fence lizards are named for their habit of basking on rail fences. In other parts of their range, they are known as pine lizards because of their occurrence in open pine woods (Conant and Collins 1998).

Five extant, naturally occurring, populations are known and there is one introduced population on Staten Island that has persisted since 1942 when 29 individuals were released. When appropriate separation distances are taken into consideration, the five naturally occurring populations would be combined into two occurrences. There are three occurrences when the introduced population is considered. There is some evidence of decline in one location and two additional locations where this species was recorded in the 1920's, 1930's, and 1950's are now believed to be extirpated for unknown reasons.

The five extant populations appear to be stable, although there may be some evidence of decline in recent years at one location.

Of the seven naturally occurring populations known, two have become extirpated for unknown reasons. Although most of the remaining populations have been known for decades, there is insufficient population data to indicate trends for these locations.

While the habitat occupied by this species is not largely threatened by development, mining, or other uses there is some evidence that the species, like other uncommon reptiles, is subject to some degree of illegal collecting.

Standardized survey protocols should be developed. Age and sex ratios, longevity, age at sexual maturity, survivorship of young, predator-prey relationships, and habitat suitability should be determined.

Naturally occurring fence lizard populations are confined to the Hudson Highlands region of the state. These areas are characterized by steep slopes with extensive open rocky areas that are surrounded by mixed-deciduous, oak-dominated, forests. The introduced population on Staten Island has been documented in sandy openings and pine woods within post oak-blackjack oak barren communities.

All extant, naturally occurring, locations are found in the Hudson Highlands along a narrow corridor in two counties along the east side of the Hudson River. An introduced population exists on Staten Island.

The range of the northern subspecies (Sceloporus undulatus hyacinthinus) extends primarily from southern New Jersey to central Georgia and west to Louisiana and eastern Kansas and eastern Texas. Isolated colonies are present in southeastern New York, northeastern Pennsylvania, and there is an isolated record from Missouri (Conant and Collins 1998). The southern subspecies (Sceloporus undulatus undulatus) occurs further south to eastern Louisiana and central Florida and the range of the two subspecies overlap in central Alabama and Georgia.

The northern fence lizard (Sceloporus undulatus hyacinthinus) is a small gray or brown spiny lizard measuring 4 to 7.25 inches(10 to 18.4 cm) in length. The belly and sides of males is hyacinth to greenish-blue in color and is bordered by black towards the center of the belly. Males also have a broad bluish area at the base of the throat and this bluish area is also surrounded by black that is often split into two parts. Dorsal crosslines on males are indistinct or absent. Females have a series of dark, undulating crosslines across the back. Females also have a yellow, orange, or reddish coloration at the base of the tail and have a whitish belly with scattered black flecks. Females have small amounts of pale blue coloration at the sides of the belly and throat. The young are patterned similarly to females, but are darker and duller and average 1.6 to 2.25 inches (4.1 to 5.7 cm) at hatching (Conant and Collins 1998).

The gray-brown coloration, presence of wavy lines across the back, and rough-textured skin due to the keeled scales are useful in separating this species from other New York State lizards.

Adults, juveniles, and hatchlings are all similar in appearance and are fairly easy to identify.

Fence lizards are often observed resting on rocks, logs, and stumps in open habitat. When surprised, they will often quickly retreat into rock crevices or under other cover. This species is also known for retreating to a nearby tree, climbing a short distance, and remaining motionless on the opposite side of the tree. If approached again, this behavior is repeated (Conant and Collins 1998).

Fence lizards are generally active from late April until early October and are believed to be inactive during the hottest part of the day in the summer. The species hibernates in burrows, rotting logs, and rock crevices.

The time of year you would expect to find Fence Lizard present and active in New York. 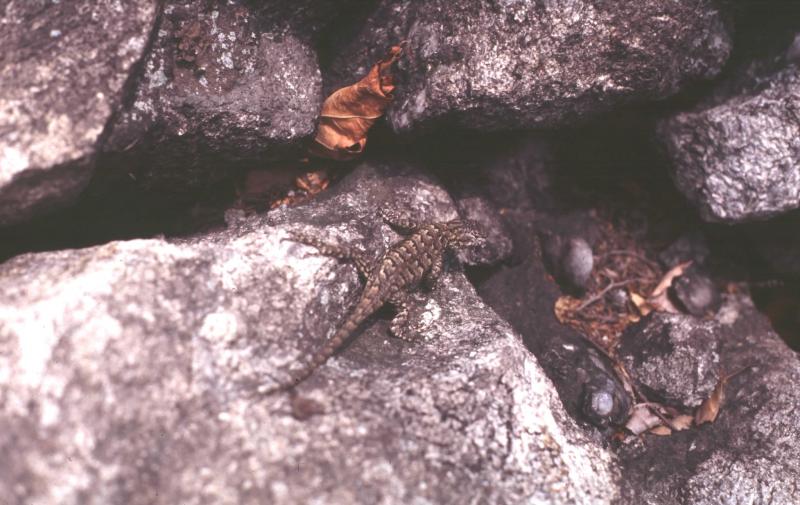 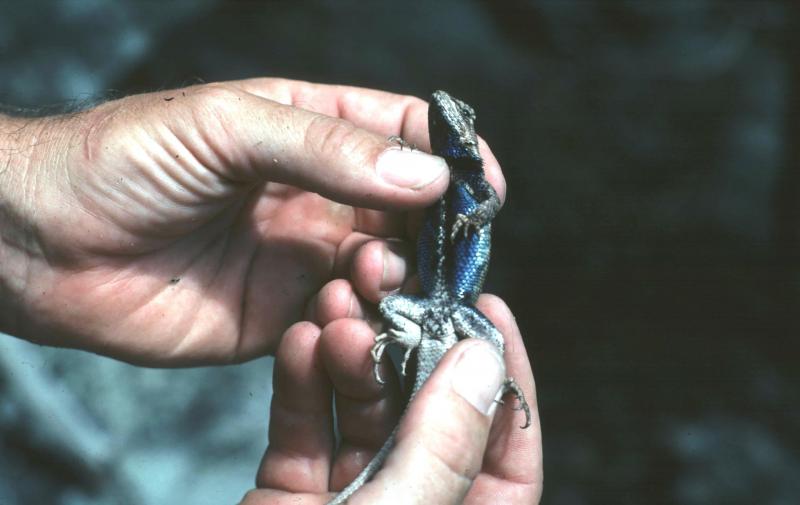 Hammerson, G. A. 1982b. Amphibians and reptiles in Colorado. Colorado Division of Wildlife, Denver. vii + 131 pp.

Information for this guide was last updated on: April 4, 2006