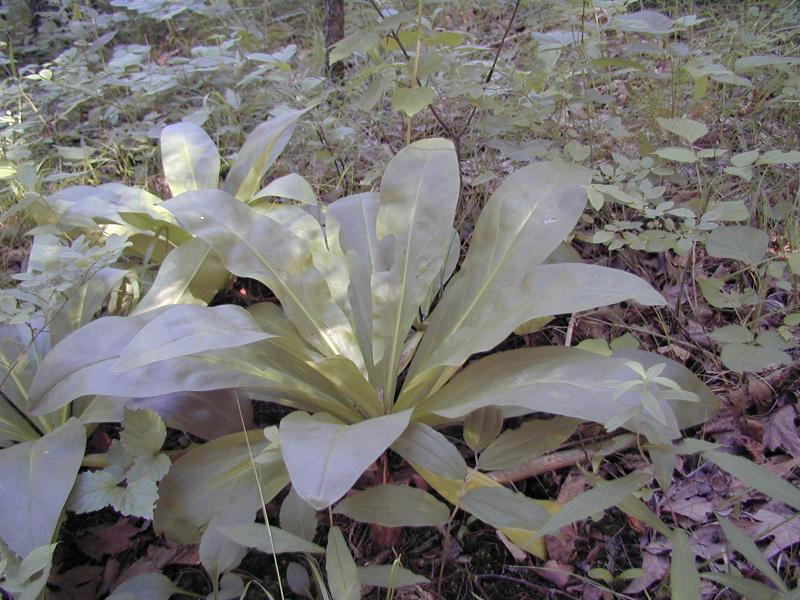 The lifecycle of green gentian is known as monocarpic. It lives for up to 30 years as a cluster of basal leaves then produces one large flower stalk and dies. So this is a plant that dies shortly after its first "pollination encounter" (Committee on The Status of Endangered Wildlife In Canada 2006). It's flowering stalk is one of the largest of any wildflower species in New York. In the past, its roots were used to prepare medicines for stomach troubles (Hatfield 2004).

Currently there are 17 populations in western New York, the majority of them in Letchworth State Park. There are only 4 historical occurrences so many more populations are not expected to be found. Presently the populations are stable but threats from logging and invasive plants may reduce their abundance.

Some populations at Letchworth State Park have been reduced in recent years but most of the populations in the state are stable at this time.

Those populations on unprotected land may be threatened by logging in the future if it is unrestricted. Invasive plant species in some of the populations may affect their future viability but the ability of Frasera to outcompete invasive plants is unknown.

Those populations on unprotected land may be threatened by logging in the future if it is unrestricted. Invasive plant species in some of the populations may affect their future viability but the ability of Frasera to outcompete invasive plants is unknown.

The surrounding forest must be protected and logging must be restricted to prevent the introduction of exotic species. Any exotic invasive plants should be eliminated in the area where Frasera grows.

Research could be done to investigate the ability of Frasera to outcompete invasive plants.

This plant is limited to western New York, particularly on bluffs and ridges adjacent to large streams. There is some speculation the Native Americans brought this plant into New York from places further west. At this point though, there is little information to support this speculative hypothesis.

Green gentian is a monocarpic perennial plant that may live as basal leaves up to 30 years or more. The large basal leaves can grow up to 1 1/2 feet and are lance-shaped and wider towards the tip. The stem leaves are in whorls of four and are progressively smaller towards the top. The flowering stem can grow from 3-6 feet tall and is topped by a large inflorescence with many branches containing 50-100 flowers and fruits. The showy flowers have four greenish-yellow petals that are purple-dotted and about 1/2 to 3/4" long. Below the middle on each petal is a large elliptic gland surrounded by a long fringe. The large fruits, almost an inch long, are elliptic and flattened.

A long-lived perennial plant that flowers one time and then dies. For most of its life, it only produces a basal rosette of oblong leaves that are up to a half-meter long. The leaves somewhat resemble tobacoo leaves lying flat on the ground. The flowering stalk may stand 2 meters tall with dried stalks persisting for a few seasons. The flowers appear in a loose pyramidal panicle. These are 2-3 cm broad, greenish-yellow, and marked with small brown to purple dots. The fruits are flat, elliptical, and 1.5-2 cm long.

This plant may be identified vegetatively and can easily be confirmed with a digital photo. This is one our our easiest rare plants to identify vegetatively.

This is a very unique looking plant that should not be confused with anything in our flora.

As a plant that only flowers once in its lifetime, seeing flowering plants can be difficult. Entire populations are often only present as vegetative plants. Fortunately, this plant can be identified easily from the vegetative basal rosettes. As such, surveys may be conducted at any point during the growing season. Successful surveys are even possible during the non-growing season if someone is familar with the tall flowering stalks and if the population recently flowered. When this plant flowers, flowers are typically present from early June to mid-July.

The time of year you would expect to find Green Gentian vegetative, flowering, and fruiting in New York. 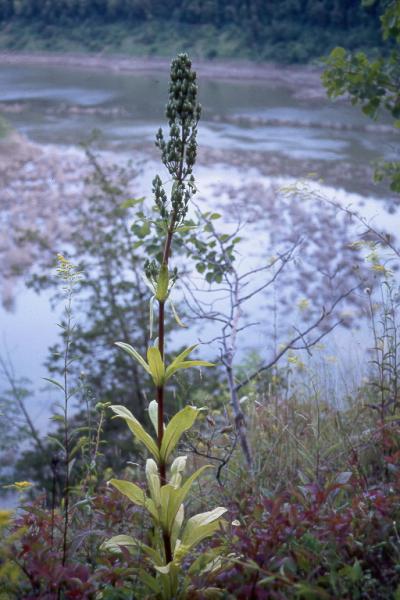 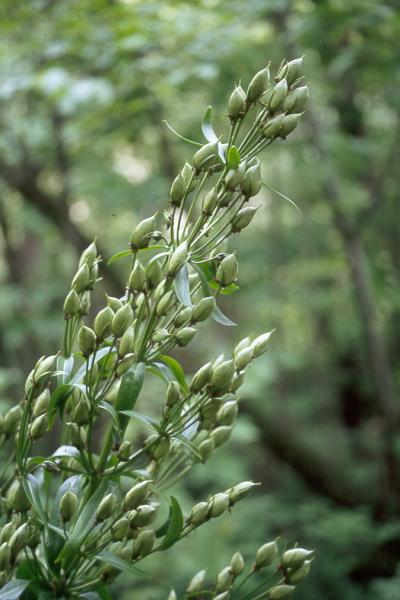 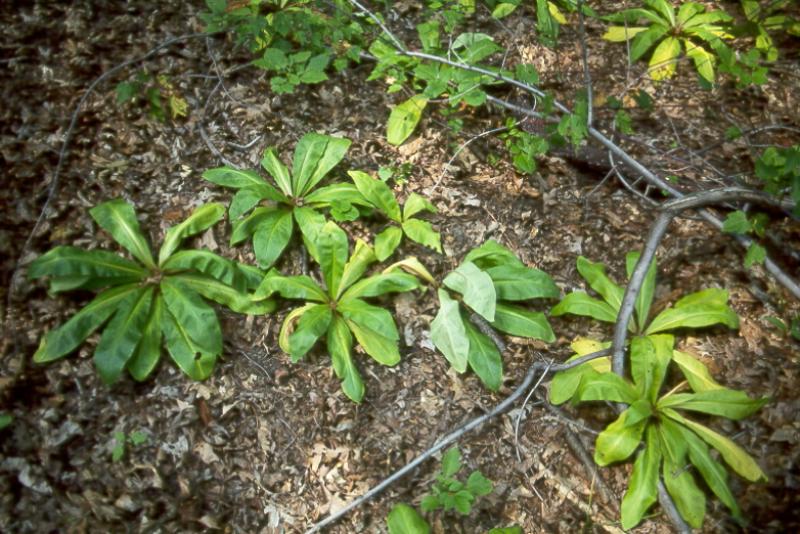 Information for this guide was last updated on: April 17, 2006