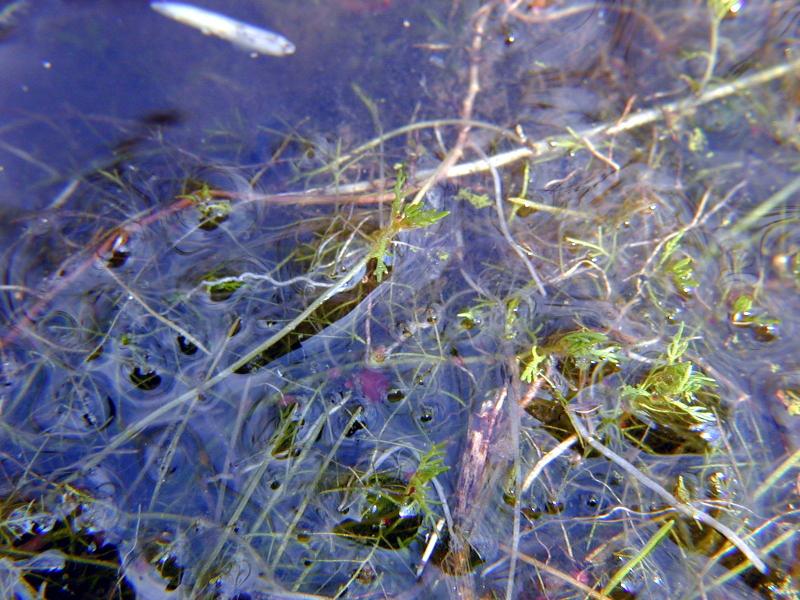 This is one of only two species of Myriophyllum in the state that has both alternate and whorled leaves. The other one is Myriophyllum farwellii, also rare. It's common name comes from the feathery appearance of its leaves and the genus name means numberless (Myrio) leaves (phyllum) referring to the many divided leaves (Fernald 1970).

There are only four existing populations and one of these may have been extirpated from the incursion of seawater. There are seven historical populations from the first half of the 20th century in heavily developed areas and most of these are probably extirpated.

There has been a slight decline in existing populations as one site has probably been extirpated by the incursion of saltwater.

Freshwater ponds close to the ocean may be affected by saltwater infiltration during storm events.

Protect its pond and river habitat by preventing the alteration of water quality.

In New York this species has been discovered in and along the shores of small ponds and ditches as well as large lakes (Lake George) and the Hudson River. It apparently can tolerate sandy, rocky, or clayey substrates (New York Natural Heritage Program 2007). Peaty or muddy shores or in shallow waters (Fernald 1970).

Most of our occurrences for Green Parrot's-feather are on Long Island, but it has also been found in Lake George (the Adirondacks), and in the Hudson River as far north as Washington County.

Green Parrot's feather is found in most of the southern and central U.S. states, from Florida to New Mexico in the south. It reaches its northern limit in the Dakotas, Saskatchewan and British Columbia in the west, New York and Massachusetts in the east. It is a species of conservation concern throughout much of the northern part of its range.

This is an aquatic, perennial plant of shallow water, sometimes also found growing along shorelines. The leaves develop in different form depending on whether they are above or below water. The submerged leaves are at least partly alternate, pinnate and featherlike, and 1-3 cm long. In the terrestrial form, and the above water (emersed) portion of aquatic plants, the leaves are in whorls. The flowers are not in separate spikes but arise individually along the stem just above each leaf, on emersed stems. The small, (2 mm) hard fruits are 4-parted and deeply lobed, with longitundinal ridges.

Myriophyllum farwellii, the only other species of Myriophyllum in New York with alternate leaves, has flowers borne in the axils of submersed leaves.

The fruits mature in early July, and may persist on the stems into October.

The time of year you would expect to find Cut-leaved Water Milfoil flowering and fruiting in New York. 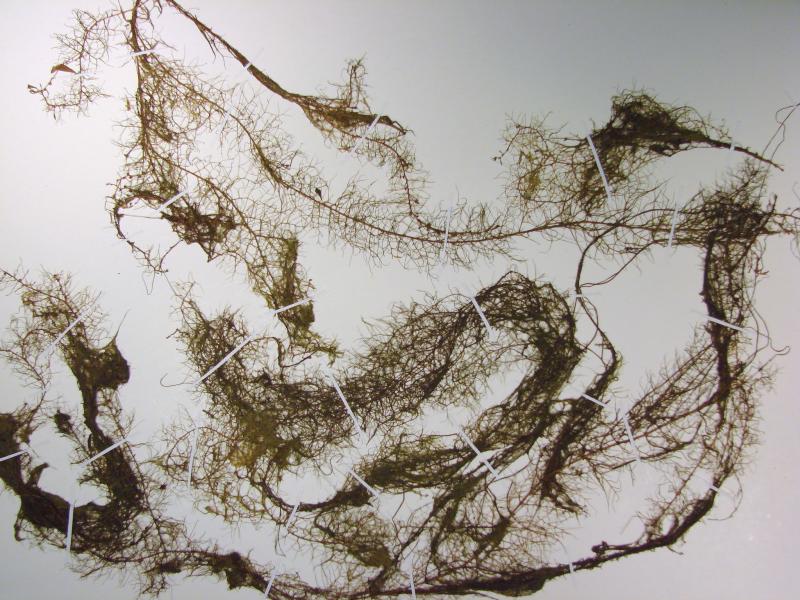 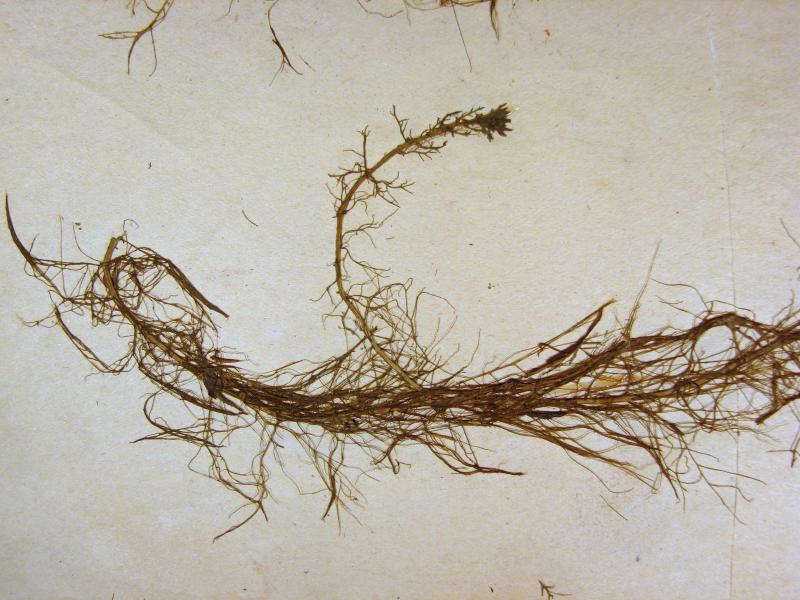 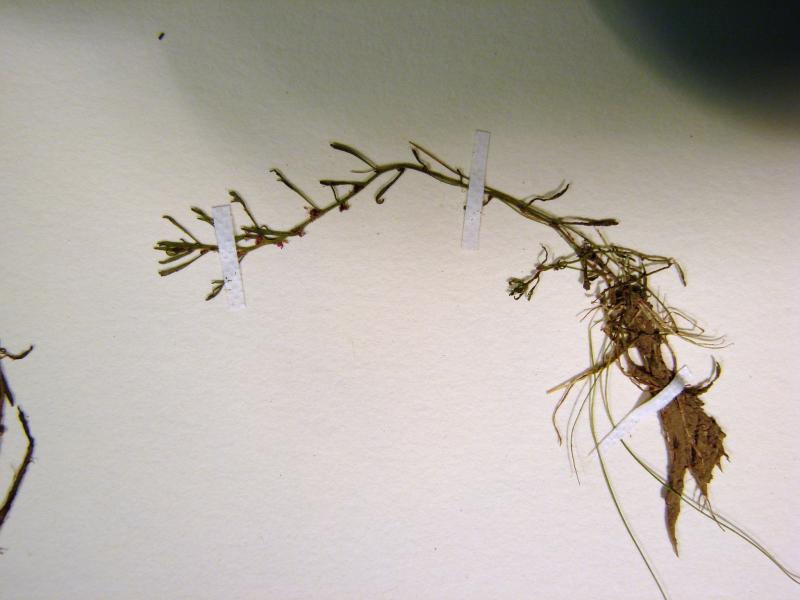 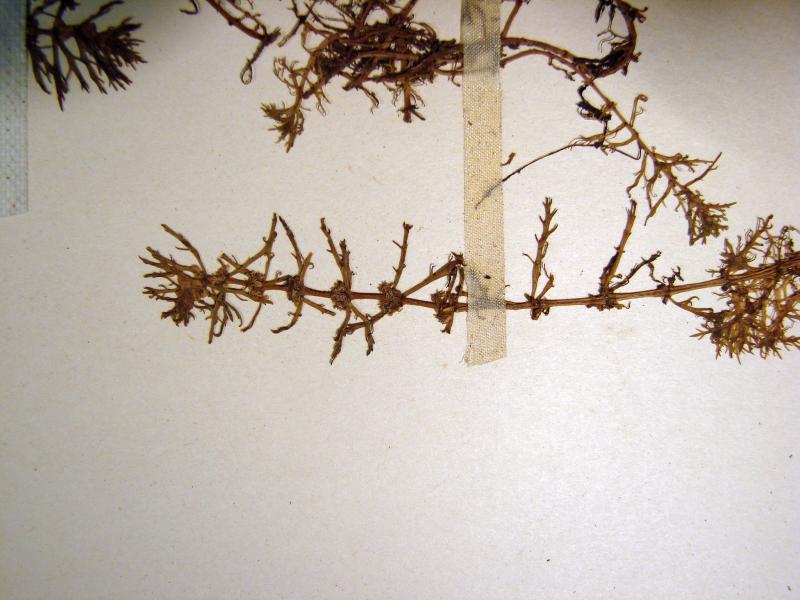 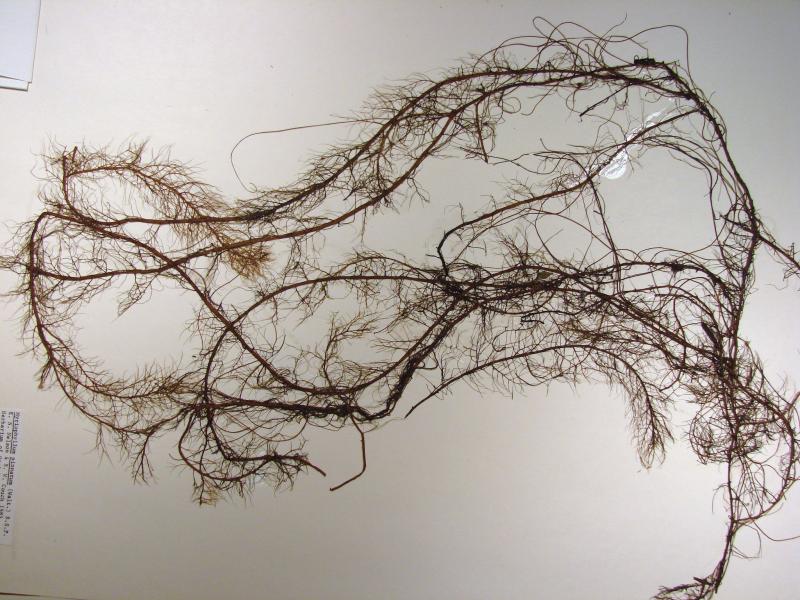 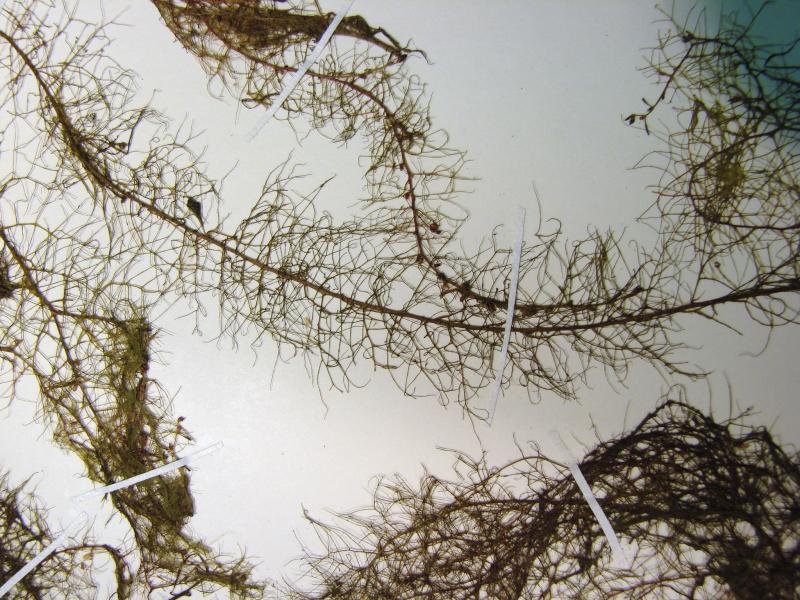 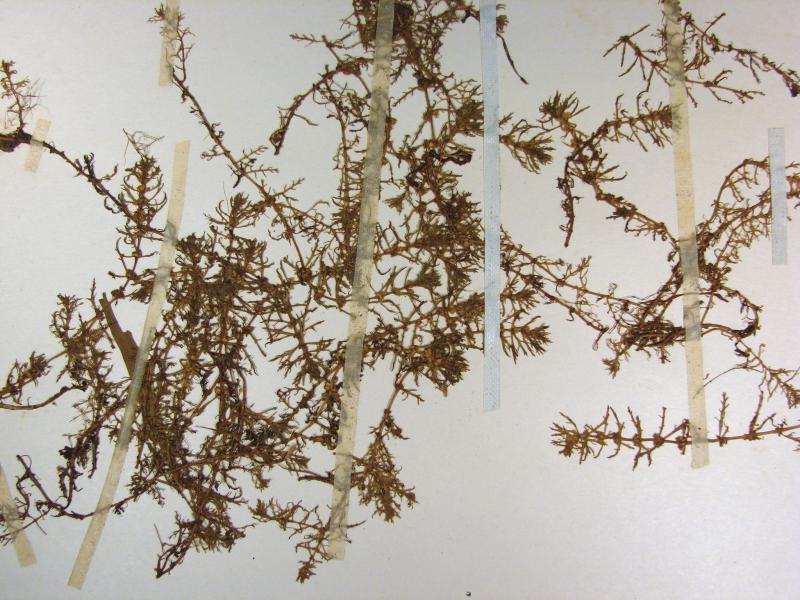 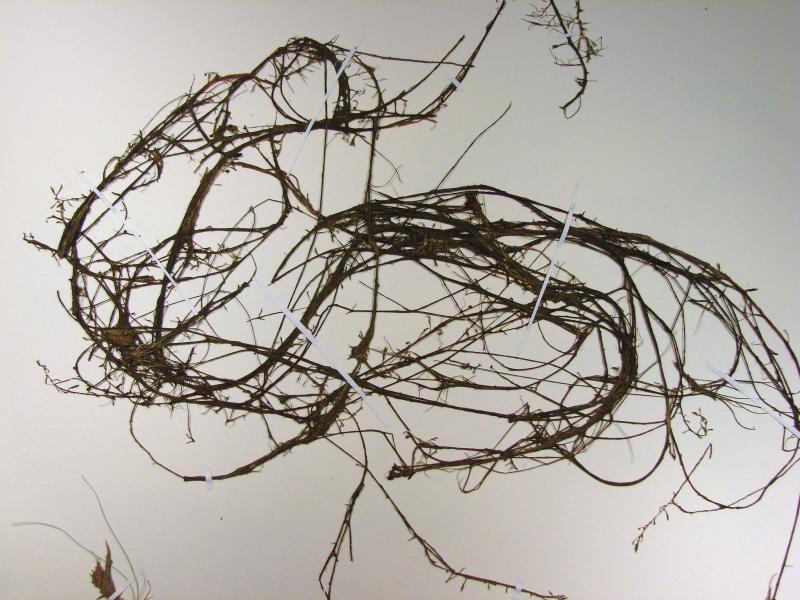