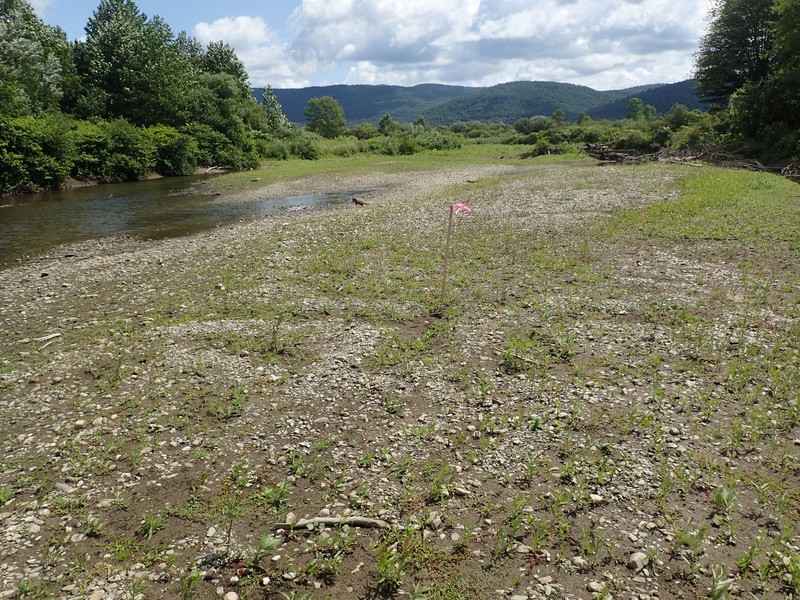 Riverside sand and gravel bars provide favorable habitat for certain rare plants, such as swordleaf rush (Juncus ensifolius), dwarf bulrush (Lipocarpha micrantha), Carey's smartweed (Persicaria careyi), and low sand cherry (Prunus pumila var. depressa). However, these habitats are subject to multiple natural and human disturbances, making them particularly vulnerable to invasion by exotic plant species, such as Japanese knotweed (Reynoutria japonica var. japonica) and purple loosestrife (Lythrum salicaria). Ice scour and spring flooding from snow melt are natural processes that contribute to the dynamic nature of the plant communities and the substrate of riverside sand and gravel bars. In addition, artificial water-level fluctuation through the regulation of dams and reservoirs can influence these communities and the organisms that inhabit them.

There are probably several hundred occurrences statewide. A few documented occurrences have good viability and several are protected on public land or private conservation land. This community is limited to the rivers and streams with sand or gravel substrate in the state, and there are only a few high quality examples. The current trend of this community is probably stable for occurrences on public land, or declining slightly elsewhere due to moderate threats that include alteration to hydrology, shoreline development, instream gravel mining, and invasive species.

The number and acreage of riverside sand/gravel bars in New York have probably declined slightly in recent decades as a result of shoreline development, alteration to the hydrology, instream gravel mining, and invasive species.

The number and acreage of riverside sand/gravel bars in New York have probably declined moderately from historical numbers likely correlated to the alteration of natural hydrology from impoundments, shoreline hardening, and instream gravel mining.

Where practical, establish and maintain a natural riparian buffer to filter storm-water, pollution, and nutrient run-off from surrounding uplands and to capture sediments before they reach the riverside sand/gravel bar. Avoid habitat alteration along the shoreline and surrounding landscape. Minimize potential dispersal corridors for exotic species, such as roads and bridges. Maintain or restore the natural flood and ice scour regime.

Survey for occurrences statewide to advance documentation and classification of riverside sand/gravel bars. Continue searching for large sites in good condition (A- to AB-ranked).

Research composition of riverside sand/gravel bars statewide in order to characterize variations and to clearly separate this community from cobble shore and cobble shore wet meadow.

A meadow community that occurs on sand and gravel bars deposited within, or adjacent to, a river channel. The community can manifest in a variety of ways depending on rates of deposition and erosion of the sand or gravel substrate. Physiognomic variants include very sparse vegetation, tall or short herbs, dwarf shrubland, shrubland, or sparse woodland (Edinger et al. 2002).

Riverside sand/gravel bars can be found along streams throughout New York State. This community is identified by shoreline environments consisting of exposed, well-drained bars composed of sand and gravel (particles smaller than 10 cm in diameter). While the ratio of sand to gravel certainly varies from one occurrence to the next, a common proportion is roughly 70% sand to 30% gravel.

Known examples of this community have been found at elevations between 98 feet and 1,500 feet.

While this community can be indentified anytime during the snow-free seasons, it is most enjoyable to visit during the growing season, from late May through summer, when plants are flowering and water temperatures are conducive to wading. 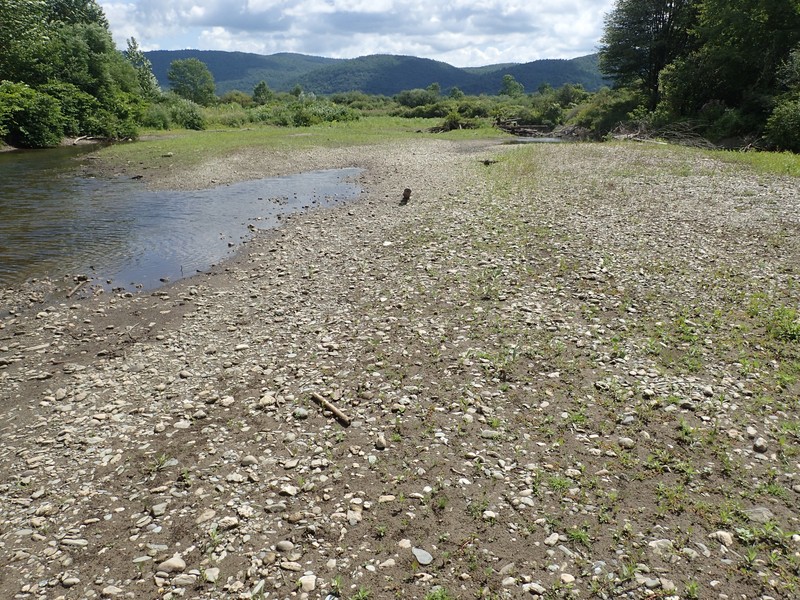 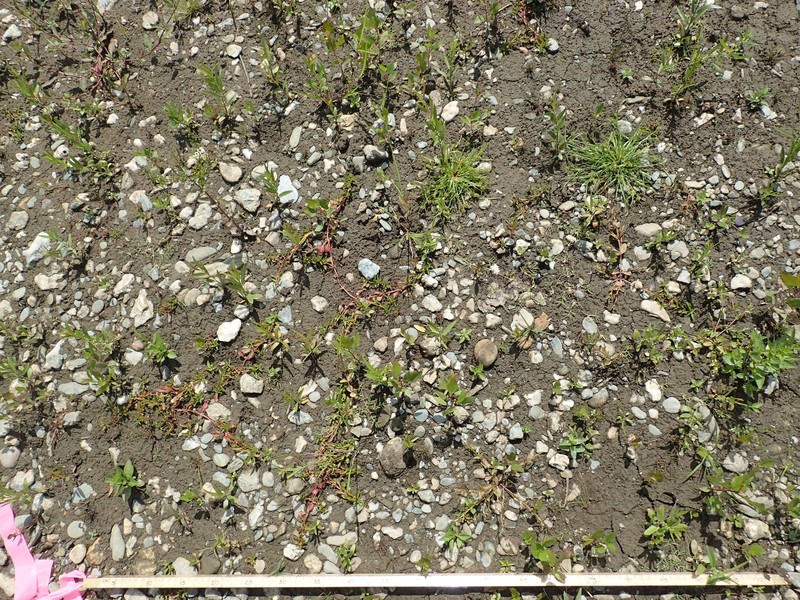 This figure helps visualize the structure and "look" or "feel" of a typical Riverside Sand/Gravel Bar. Each bar represents the amount of "coverage" for all the species growing at that height. Because layers overlap (shrubs may grow under trees, for example), the shaded regions can add up to more than 100%.

Information for this guide was last updated on: May 4, 2020