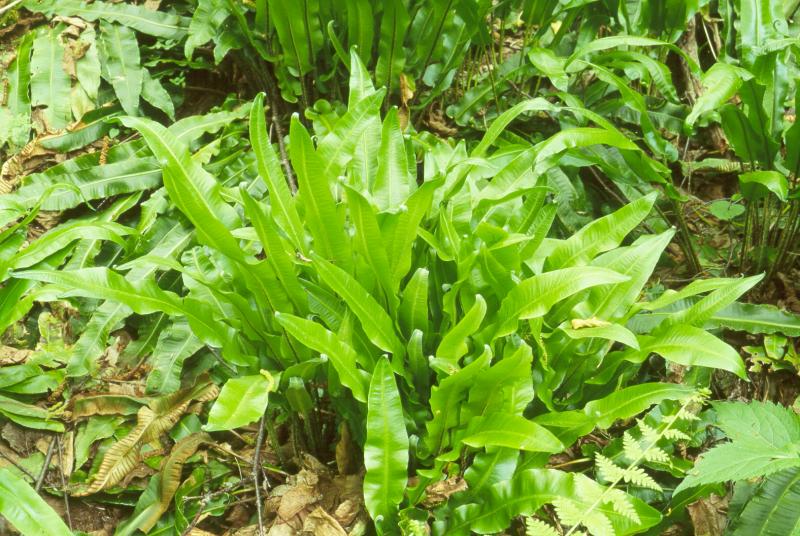 State Protection
Threatened
Listed as Threatened by New York State: likely to become Endangered in the foreseeable future. For animals, taking, importation, transportation, or possession is prohibited, except under license or permit. For plants, removal or damage without the consent of the landowner is prohibited.
Federal Protection
Threatened
Listed as Threatened under the Federal Endangered Species Act

The American Hart's-tongue fern is listed by the US Fish & Wildlife Service as federally threatened. This is one of only a handful of New York plants protected under the Endangered Species Act. Approximately 90% of the known plants in the US are found right here in New York.

Since the legal protection of this species was put in place, the number of populations in New York has remained stable. Within these populations there may be a slight decrease in numbers of individuals due to competition from invasives. At this time, this decrease appears to be negligible, but as these invasive species continue to spread, their impact is likely to be more evident.

Prior to protection, a number of large populations were lost. These were mainly impacted by mining operations. Today, new mining operations are not likely in areas where this fern is known.

The most significant threat is swallow-wort (Cynanchum rossicum) and other invasive species. In the past, mining operations were a threat but new mines are not likely in areas where this plant is known.

If population sizes are to be maintained, more effort is needed to reduce the impact of invasive species. Swallow-wort (Cynanchum rossicum) removal should be a priority management activity, especially if this is just becoming a problem within a population.

This fern is typically found in glacial plunge basins on dolomite and other calcareous rocks. These basins typically have a high number of bryophyte species and are often cooler and moister than the surrounding upland areas. The ferns are often found on unstable talus or rock crevices below the basin cliffs (New York Natural Heritage Program 1999). On calcareous rocks in sinkholes, at cave entrances, and on cool, moist talus, always in deep shade (Flora of North America 1993). On limestone rocks and in sink-holes (Gleason and Cronquist 1991). Crevices and cool slopes or sink-holes of dolomite and other calcareous rocks (Fernald 1970).

Native populations of this fern are restricted to glacial plunge basins in the Syracuse area. Records indicate that wild plantings have been made in various areas of the state. The status of these plantings is not currently known.

Hart's-tongue fern is a perennial, evergreen fern growing from a shortish, stout, ascending caudex-like rhizome. Fronds are 5-17 inches (10-34 cm) long and auriculate at the base.

This fern typically has fronds that are 10-34 (average 23) cm long. Sori on the fertile fronds are usually limited to the upper half of the frond. The longer indusia are narrowly oblong, 0.3-2.2 (average 1.2) cm long. The scales of the stipe are all narrow and with tips that curl.

This fern may be identified at any point in the year, as long as snow cover does not bury the plants. Based on its unique features, only the leaf frond is needed for proper identification. Due to its rare nature and federal protection, DO NOT COLLECT. A photo may be used to verify the identification.

The European variety (var. scolopendrium) is a larger more robust plant with sori present from the frond tip to more than halfway beyond the frond middle. The fronds are 10-60 (average 30) cm long, with the fruiting portion of the fertile fronds occupying one-third to the full length (average 73%) of the frond. The longest indusia of each frond are linear, 0.17-3.3 (average 1.7) cm long. The stipes have lance-shaped scales that gradually taper to a slender tip. These scales are of mixed widths.

This unique fern may be identified at any point during the year, as long as the leaves are not covered by snow. If you are trying to find new populations, the best time is in mid-fall after a few frosts have eliminated most other herbaceous plants and before too much snow accumulates. Early spring after the snow melts and before most herbaceous plants reappear is also a good time.

The time of year you would expect to find Hart's-tongue Fern vegetative and fruiting in New York. 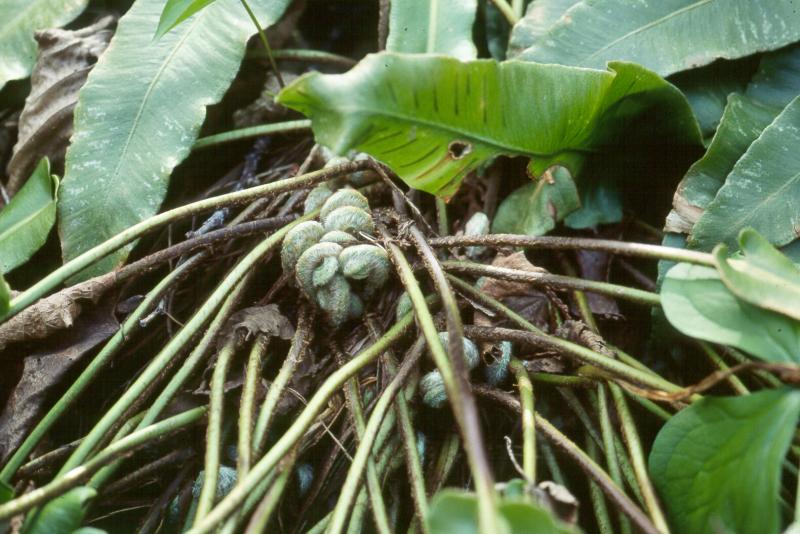 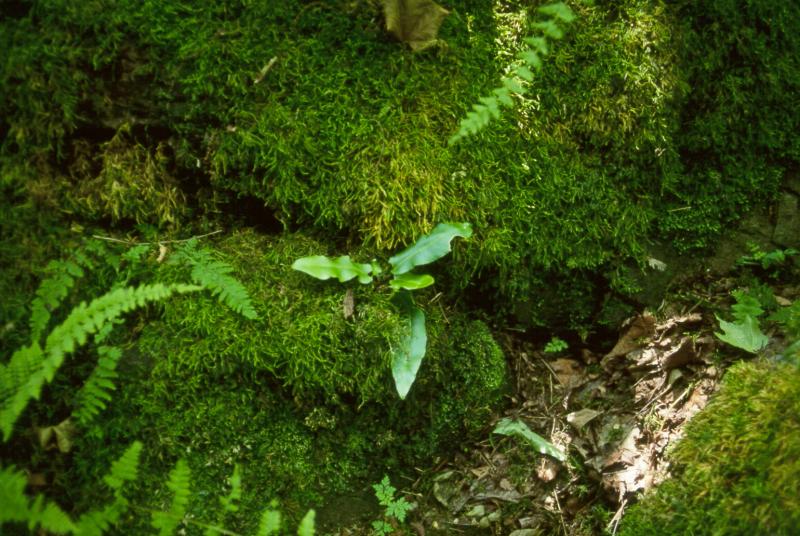 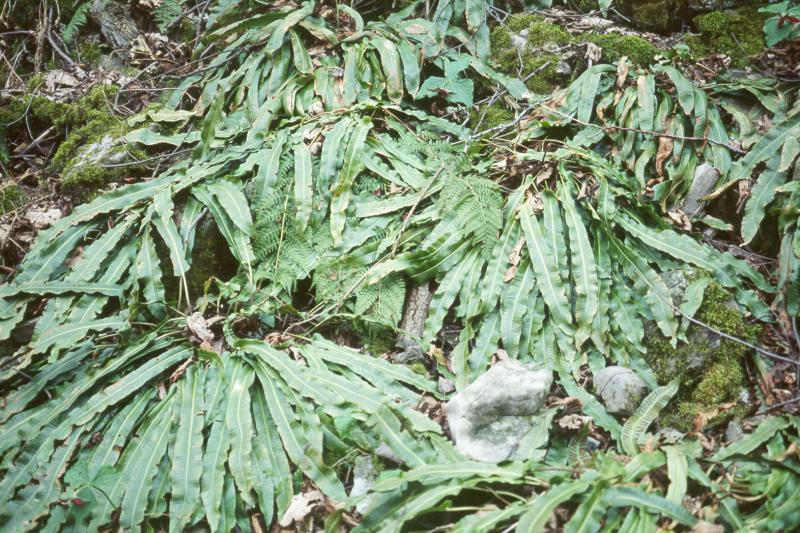 Information for this guide was last updated on: March 2, 2005