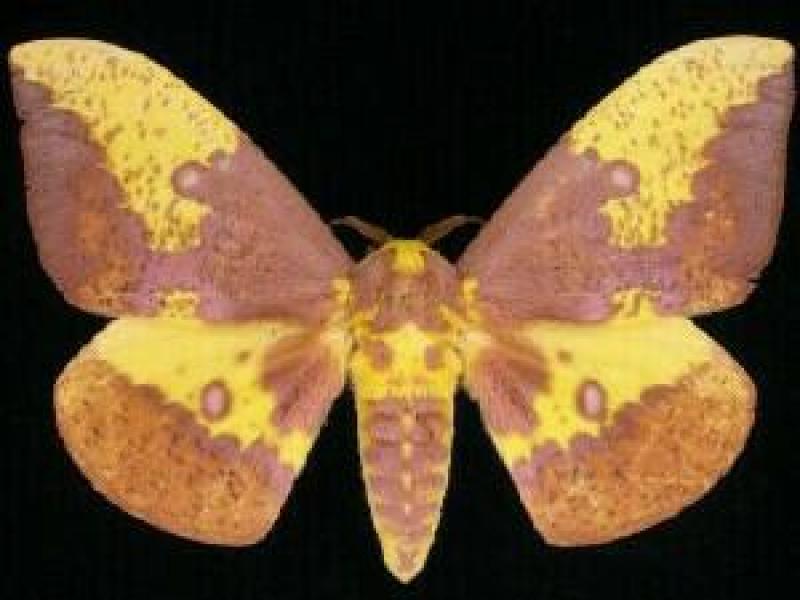 State Conservation Status Rank
SU
Unrankable - Currently unrankable due to lack of information or due to substantially conflicting information about status or trends.
Global Conservation Status Rank
G5T5
Secure globally - Both the species as a whole and the subspecies/variety are common in the world; widespread and abundant (but may be rare in some parts of its range).

Additional surveys are needed before assigning a state rank. As of 2012, there are five extant occurrences in New York State. Occurrences are known to be in the northern portion of the state and on Long Island, but not in between.

Populations declined in the mid-twentieth century most likely because of increased use of pesticides, metal halide bulbs, and the introduction of parasitoids, such as Compsilura concinnata (tachinid fly) that was introduced in 1906 (Goldstein 2010; Hedbor 2006, Schweitzer et al. 2006).

This species is believed to be severely impacted by pesticides and parasitoids, such as Compsilura concinnata tachinid fly (Goldstein 2010; Hedbor 2006).

Insecticide use should be avoided when possible if rare species are present. When insecticide use cannot be avoided, careful planning along with consistent rare species monitoring, can result in successful eradication of the target species without eliminating rare species. A biocontrol alternative is Bacillus thuringiensis (Btk) for some target species, such as gypsy moths. However, sensitivity to Btk varies among native species and this option should be fully researched for treatment timing and regimes and weighed with other options to have the least impact on native lepidopteran populations. Gypsy moth management should be well planned to minimize impacts to rare species when they are present. However, gypsy moths can also cause severe forest defoliation. This can lead to the starvation of larvae. The greatest impact is when defoliation occurs in consecutive years. Often, summer-feeding lepidopterans can be the most affected because they often need to feed on mature oak leaves. When they are forced to only eat the regrowth (young leaves), they tend to be undersized compared to larvae that are feeding on mature leaves (Schwietzer et al. 2011). There are two other gypsy moth biocontrols that are currently unavailable, but appear to be very effective at eliminating gypsy moths with little effect on non-target species: Gypchek (a viral preparation) and Entomophaga maimaiga (a fungus).

Additional research is needed to gain a better understanding of this species' life history and habitat needs.

In the northern portion of its range, this species has been found in calcareous pavement barrens. On Long Island, the precise habitat has not been verified, except that captures were made between maritime grassland and maritime dunes or between a sea level fen and maritime heathland. The following trees have been recorded as foodplants: basswood, birches, cedar, elms, maples, oaks, pines, and walnut.

Imperial moths have been found in the following counties in New York: Suffolk, Jefferson, and Seneca.

Imperial moths can be found from southern Quebec and Maine south to Florida and west to western Ontario, Kansas, and Texas.

Imperial moth is a large moth with a wingspan between 8 and 17.4 cm. It has yellow wings with spotting and shading variations of pink, orange, or purplish brown. Males tend to be more heavily marked than females, especially to the south (Covell 1984). A full grown larva is 75 to 100 mm long. There are two color variations: green and brown. The body has long whitish hairs. The second and third thoracic segments each have two stubby, rough "horns" and a rows of smaller spines along the rest of the body. There are large black and yellow plates on the last abdominal segment. Oval, yellow to cream spiracles are found on the sides. The brown variation has tan to reddish brown horns and spines. The pupa are large, spinose, and very active when handled (Tuskes et al. 1996). Large, yellow eggs are laid on either side of the foodplant singly or in small groups (Hyche 2000, Tuskes et al. 1996).

Imperial moths can be found May through July in the northern portion of its range. There is one brood each year (Covell 1984).

The time of year you would expect to find Imperial Moth present and active in New York.