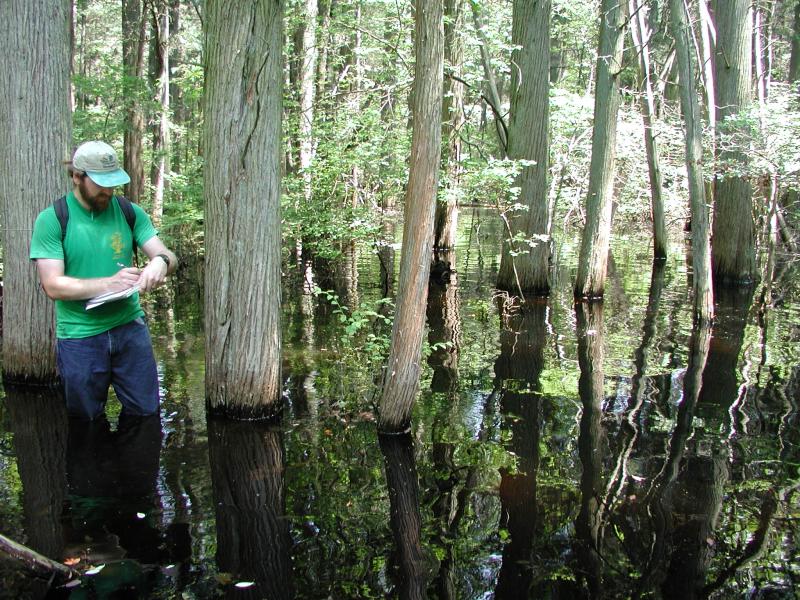 Atlantic white cedar is a tree prized for its high resistance to decay and beautiful white wood. Muck farming in Orange County and logging in other areas have resulted in a loss of about 85% of inland Atlantic white cedar swamps in New York. Some remaining examples are along ridgetops far removed from the coastal plain where Atlantic white cedar is more common. These swamps have also been drained, flooded, dammed, converted to development, and impacted by pollution, road construction, and invasive species.

There are only a few occurrences statewide. A few documented occurrences have good viability and are protected on public land or private conservation land. This community is restricted to the Hudson Highlands and Eastern Allegheny Plateau of southeastern New York in Orange and Putnam counties. There are very few high quality examples left in the state. The current trend of this community is probably declining due to imminent threats related to the alteration to the natural hydrology by beaver and other development pressure. This community has declined substantially from historical numbers likely correlated to logging of cedar and subsequent agricultural development.

The number and acreage of inland Atlantic white cedar swamps in New York have declined in recent decades primarily due to beaver flooding. One site was lost to beaver flooding (converted to shallow emergent marsh/shrub swamp) in the 1990s.

The number and acreage of inland Atlantic white cedar swamps in New York have declined subtantially (about 75%) from historical numbers likely correlated with the initial logging of cedar and subsequent agricultural development.

Flooding by beaver, although a natural process, is the greatest threat to this community. One site was extirpated by beaver in the last ten years. Other threats include excessive logging and invasive non-native plants. In the past, many sites were logged and converted to muck farms. Inland Atlantic white cedar swamps are threatened by development (e.g., agriculture, residential, roads) and its associated run-off (e.g., septic, silt, nutrients), habitat alteration (e.g., excessive logging, pollution, trash dumping), and recreational overuse (e.g., ATVs, trails). Alteration to the natural hydrological regime is also a threat to this community (e.g., ditching, impoundments, and blocked culverts).

This community is currently restricted to the Hudson Highlands and Eastern Allegheny Plateau of southeastern New York in Orange and Putnam counties.

A conifer or mixed swamp that occurs on organic soils (usually peat) in poorly drained depressions and along pond edges in southeastern New York and northern New Jersey. The characteristic tree is Atlantic white cedar (Chamaecyparis thyoides); the canopy cover of Chamaecyparis in these swamps is quite variable, ranging from nearly pure stands to as little as 30% of the canopy.

A basin swamp dominated or co-dominated by Atlantic white cedar (Chamaecyparis thyoides) located inland from the Atlantic Coastal Plain. Several examples are located along the top of a small mountain ridge. 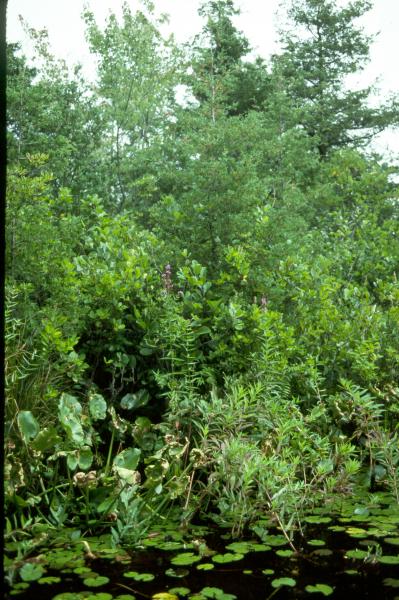 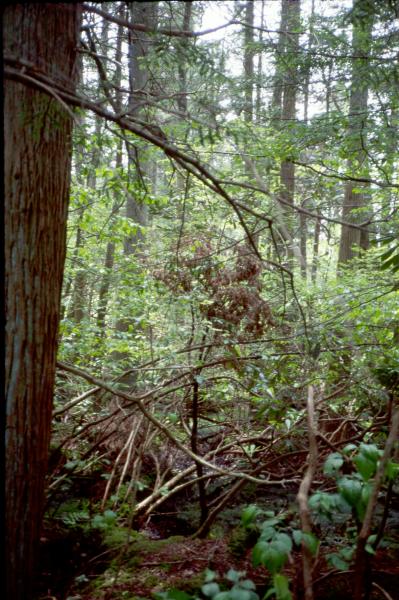 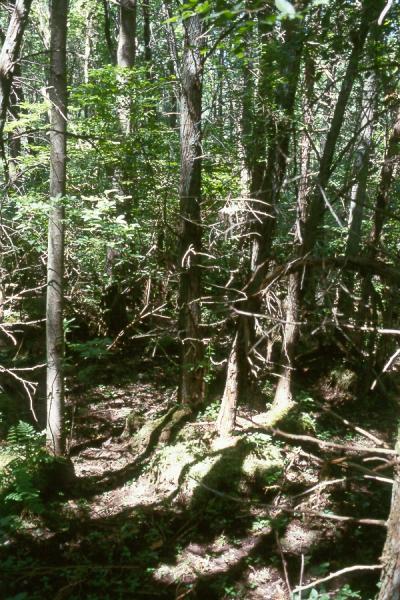 This figure helps visualize the structure and "look" or "feel" of a typical Inland Atlantic White Cedar Swamp. Each bar represents the amount of "coverage" for all the species growing at that height. Because layers overlap (shrubs may grow under trees, for example), the shaded regions can add up to more than 100%.