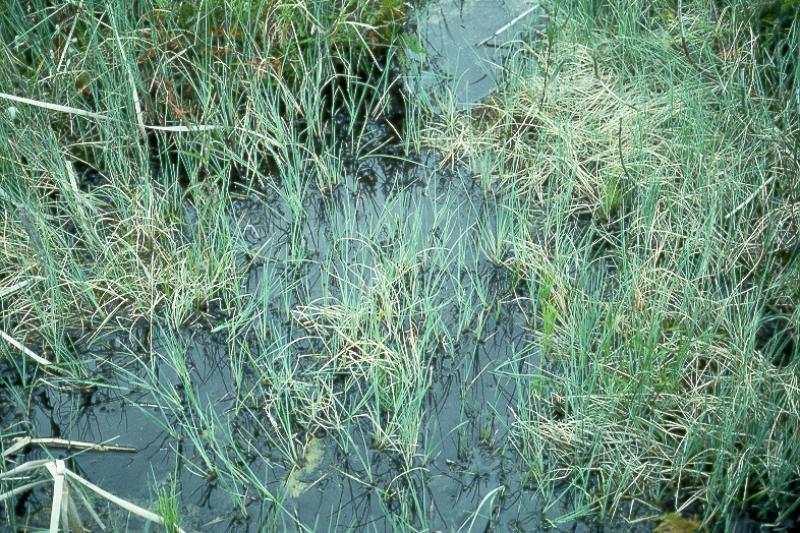 The specific epithet livida is a vague term that refers to the "effect of adding grey and black to the range of hues between blue and red," and was originally used to mean blue or leaden colored (Stearns 2004). This is probably in reference to the glaucous or light blue green color of Carex livida. So the common name, livid sedge, has nothing to do with this being an angry or furious plant.

There are eight known populations and up to ten historical locations. This plant is found in open saturated areas of fens and bogs, a very specific and uncommon habitat type. Populations may be very local (i.e. common to a small area) but very rare across the entire habitat complex. A number of the known sites are within protected landscapes, but it still may be threatened by succession or hydrological changes.

There are six populations which are currently known to be extant. There is no data available on the trends at these populations but at least four of these populations have large numbers of plants present. Therefore, short term trends are not clear but may indicate that this species is currently stable in New York.

Currently there are no threats to any population. Some potential threats include trampling by visitors, change in hydrology (including flooding by beavers), and development of areas adjacent to the wetland habitat where one population of C. livida occurs. There has also been minor filing on the edges of one of the wetlands where C. livida occurs. It is assumed that this filing has had little impact on the nearby C. livida population.

Flooding by beavers should be prevented at populations that may be vulnerable to this activity.

Surveys should be conducted to all historical populations. Monitoring should be done at the one site that is being impacted by visitors trampling.

Carex livida occurs mostly in the northern part of central New York with one population, at least formerly, in the Rochester area and one population in northeastern New York.

Carex livida is a very widespread species occuring in South America, Central America (Panama), North America, Europe, and Asia. It is widely scattered throughout and uncommon or rare in parts of this range. In North America, it occurs from Alaska, Yukon, and British Columbia east to Quebec, Labrador, and New foundland south to New Jersey, New York, Indiana, Wisconsin, Minnesota, Colorado, and California (Rothrock and Reznicek 2002).

Livid sedge is a grass-like perennial. It has long rhizomes and grows in patches. Leaves are a pale bluish-green color, thick, and are 1.5-6.5 mm wide. Stems are 15-55 mm tall and have 2-4 narrowly cylindrical flower/fruit clusters (spikes). The terminal spike is composed of staminate flowers or occasionally has a few female flowers at its apex. Other spikes are at the apex of secondary stems which branch off of the main stem. These spikes are composed of female flowers which mature into fruits (perigynia). Perigynia are pale bluish-green and 3-5 mm long (Mackenzie 1931-1935, Rothrock and Reznicek 2002).

Carex livida is long rhizomatous, colonial, and very glaucous. The leaves are very glaucous, deeply channeled, coriaceous, and 1.5-3.5(-6.5) mm wide. Culms are 15-55 cm tall and have 1-3 lateral pistillate spikes and 1 terminal staminate or rarely gynaecandrous spike. The proximal bract is shorter than to longer than the inflorescence. Pistillate scales are mostly pale brown to dark purple-brown. The perigynia are glaucous, fusiform, 3.0-4.8 mm long and lack or have a minute beak (Mackenzie 1931-1935, Rothrock and Reznicek 2002).

Carex livida can be identified most of the growing season due to its very glaucous leaves. Still, identification is easier when the plants have immature to mature perigynia.

The very glaucous color of this plant distinguishes it from most other wetland plants. Carex aquatilis and C. tetanica can be somewhat glaucous at least part of the year but never as glaucous as C. livida. In addition, C. aquatilis is not closely related and has two stigmas and achenes biconvex in cross section. In comparison, C. livida has three stigmas and achenes trigonous in cross section.

Carex tetanica has a minute bent beak and herbaceous flat leaf blades. In comparison, C. livida has no or only a minute straight beak and coriaceous deeply channeled leaf blades.

The plants start to produce immature perigynia in June and these mature and persist into August and sometimes a little later although, towards the end of this season the perigynia are shedding easily. With enough knowledge and practice C. livida can also be fairly easily identified when vegetative. Therefore, the best time to survey for this species is late June till early August.

The time of year you would expect to find Livid Sedge vegetative and fruiting in New York. 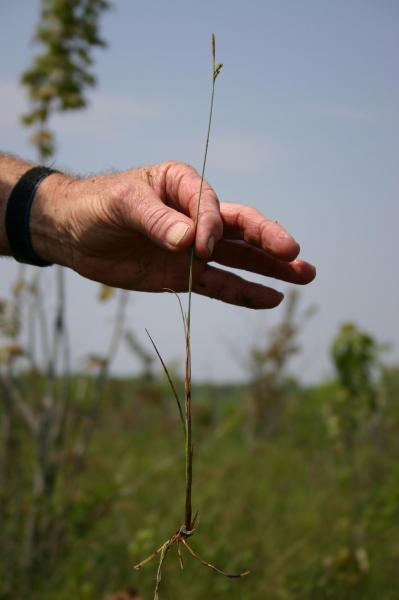 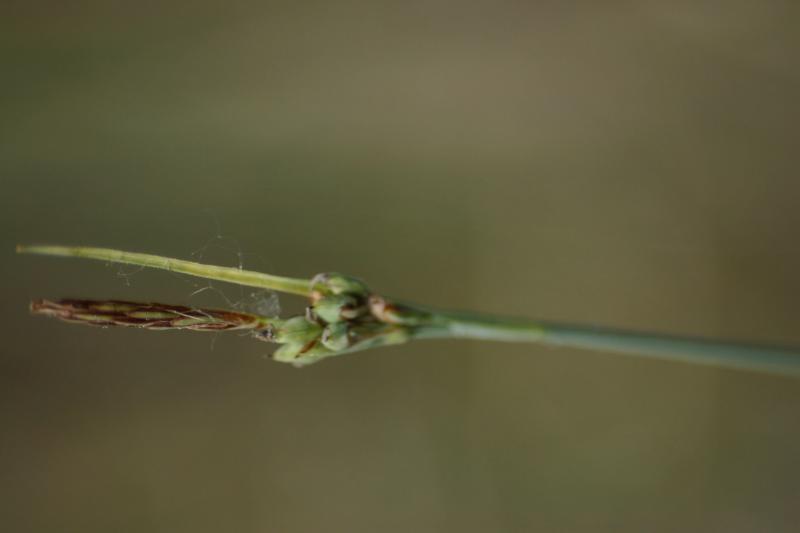 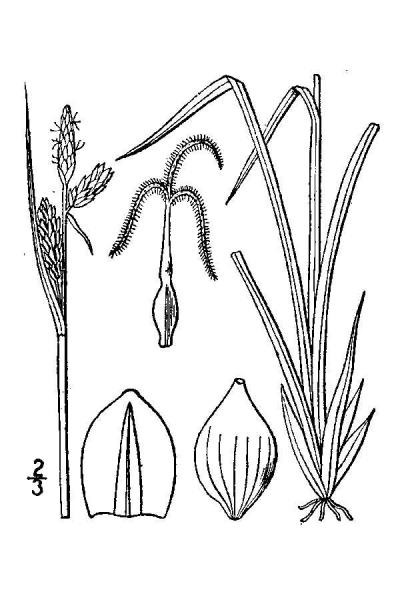 Carex livida is a widely distributed species. Populations from New York were once considered a distinct species or variety. If recognized at the varietal level the name would be C. livida var. radicaulis (Mackenzie 1931-1935, Voss 1972). Mitchell and Tucker (1997) claim that C. livida var. grayana (Dewey) Fern. is misapplied by NY authors when it is really a true synonym (Mackenzie 1931-1935). Carex livida is in section Paniceae (Rothrock and Reznicek 2002).