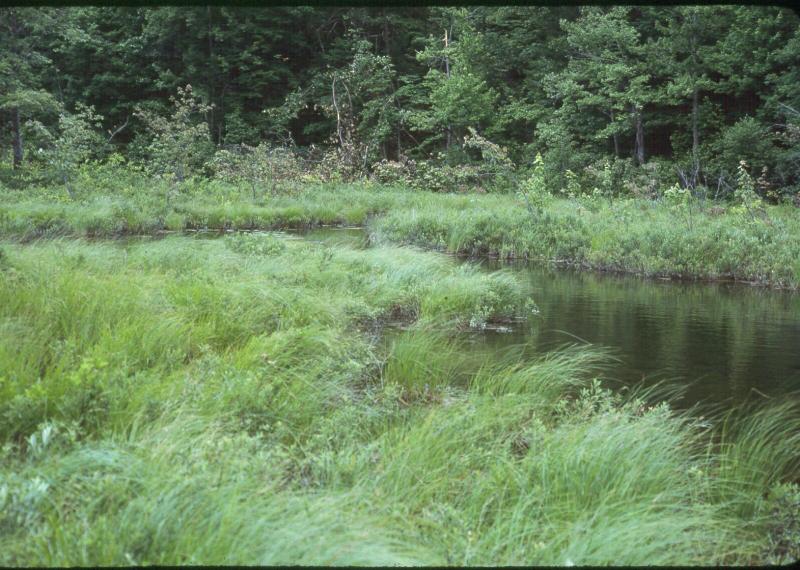 "Rich" in rich graminoid fen refers to the position of this community on the pH and minerotrophic scales. It has a relatively high pH and groundwater nutrient availability. Rich graminoid fens are also high in plant diversity compared to bogs and poor fens, often having dozens of plant species growing within a 10 m x 10 m sample area.

There are only about fifty occurrences statewide, and the total acreage is very small. Some documented occurrences have good viability and a few are protected on public land or private conservation land. This community is limited to the calcareous areas of the state, and includes a few high quality examples. The current trend of this community is probably stable for occurrences on public land, or declining slightly elsewhere due to moderate threats related to development pressure, invasive plants, and alteration to the natural hydrology.

The number and acreage of rich graminoid fens in New York have probably remained stable in recent decades as a result of wetland protection regulations.

The number and acreage of rich graminoid fens in New York have probably declined moderately to substantially from historical numbers, likely correlated with the onset of agricultural and residential development.

Consider how water flows around and into this wetland. As most of the water inputs are from underground, management for the prevention of altered water quality and quantity is particularly difficult for this natural community, but it should be of utmost priority. Projects that occur near this community must consider the proximity of the development to this wetland and the potential for changing how water flows, both aboveground and belowground, into this wetland. Terrestrial buffers around rich graminoid fens provide nesting habitat for resident salamanders, frogs, and turtles, and additional food sources for locally nesting birds, and thus should be retained. Consultation with a hydrologist is important to determine patterns of run-off and underground water sources for the wetland; the construction of impervious surfaces, which rapidly deliver water to the system, should be avoided. Rapid influxes of surface water dilute the limey, mineral-rich waters, decrease the robustness of the native fen species, and increase the likelihood of invasion by non-native species.

Additional inventory efforts in regions with calcareous bedrock and promising wetlands will likely turn up a few additional sites. Re-inventories of known sites will provide important information to help assess short and long term changes. Survey fens that provide habitat for rare species. For example, extant bog turtle sites should be surveyed to determine the type and quality of the natural community if it is unknown.

This community is currently known from the Hudson Valley, the St. Lawrence Valley, and scattered locations within the limestone belt that runs from Albany to Niaraga Falls. Additional occurrences may be located elsewhere in the state where similar environmental conditions are present.

This physically broadly-defined community may be widespread in areas of the United States and worldwide with calcareous peats. Examples with the greatest biotic affinities to New York occurrences are suspected to extend north into Ontario, south to the Central Appalachians of North Carolina and Tennessee, west to Michigan, Wisconsin, and Iowa, east to western New England, and northeast to New Brunswick. Few examples are suspected east of the Appalachian Divide, where the bedrock is mostly acidic.

A strongly minerotrophic peatland in which the substrate is a predominantly graminoid peat that may or may not be underlain by marl. Rich fens are fed by waters that have high concentrations of minerals and high pH values, generally from 6.0 to 7.8. Rich graminoid fens are usually fed by water from highly calcareous springs or seepage. The dominant species in rich graminoid fens are sedges, although grasses and rushes may be common. Shrubs may be present, but collectively they have less than 50% cover. Peat mosses (Sphagnum spp.) are either absent or a minor component, with only the most minerotrophic species present. Other mosses, especially those requiring highly minerotrophic conditions, may be common.

Known examples of this community have been found at elevations between 335 feet and 1,140 feet.

One of the best times to visit this community is when the showy yellow flowers of shrubby cinquefoil (Dasiphora floribunda) are in full bloom, usually from mid July to mid August. Rich graminoid fens are also scenic during late summer, when plant species of the aster family come into bloom. 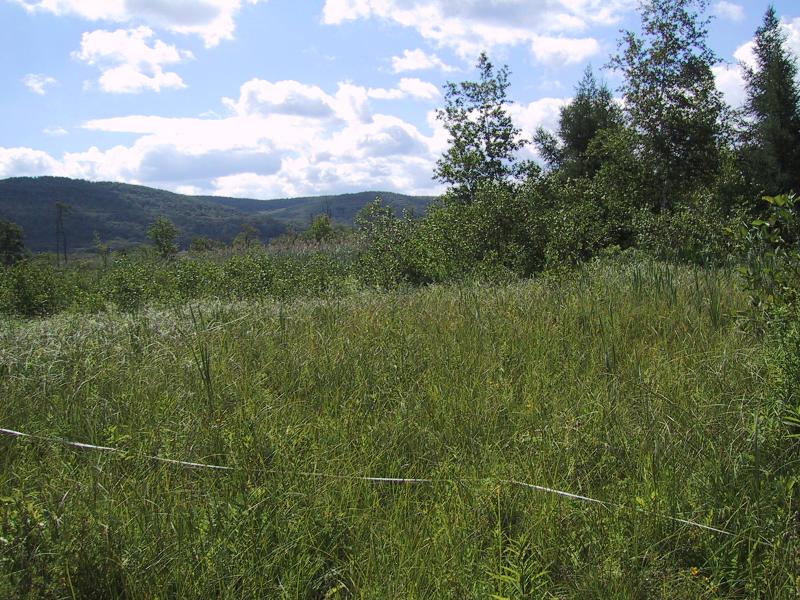 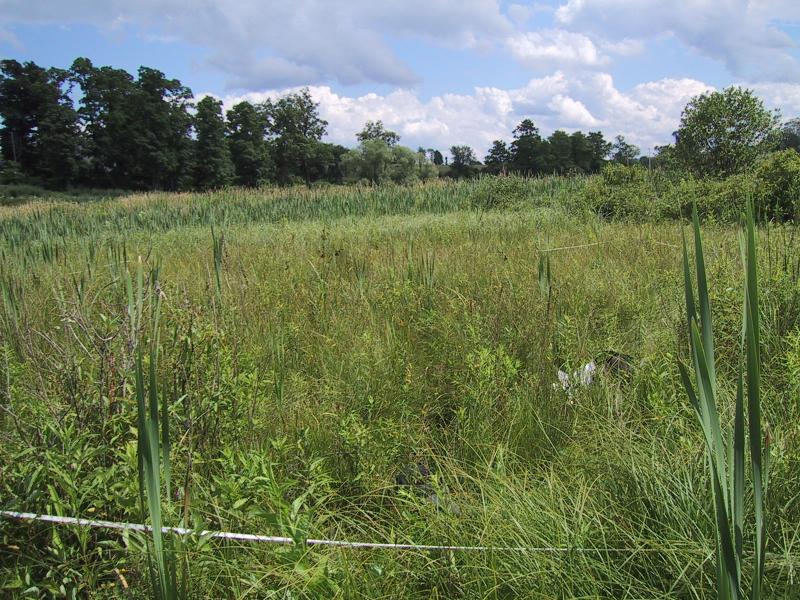 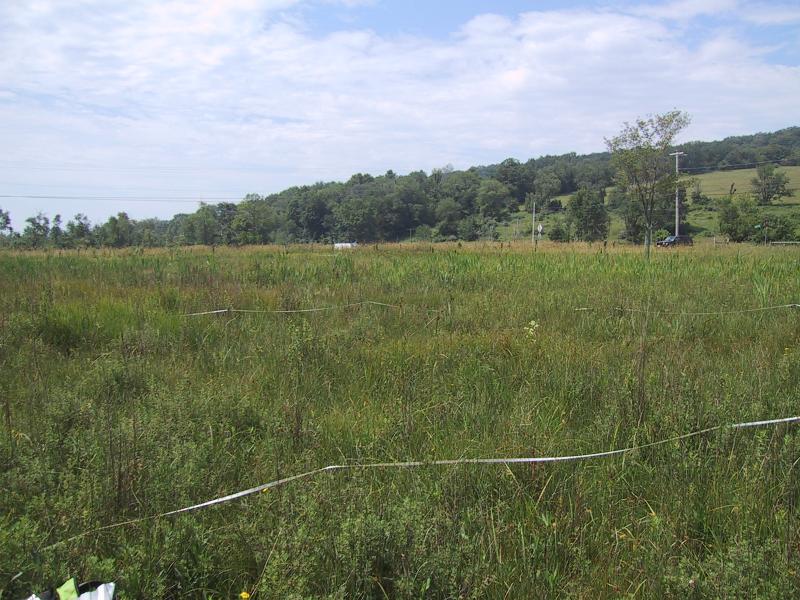 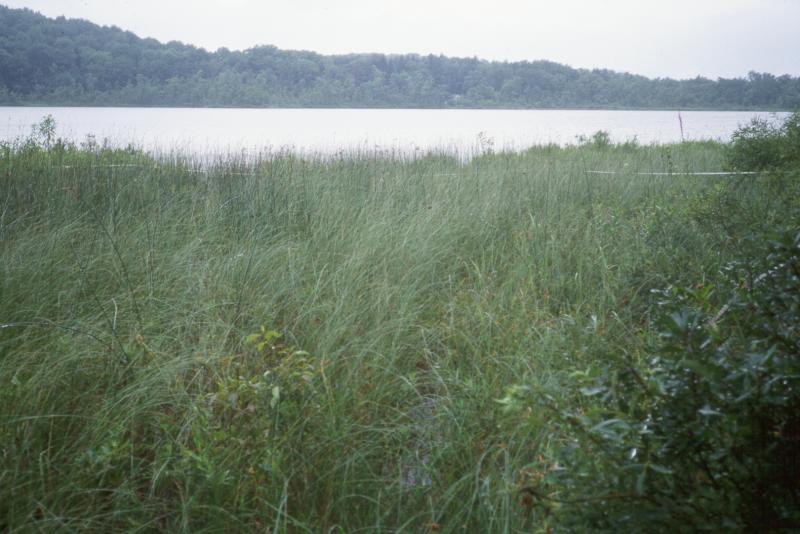 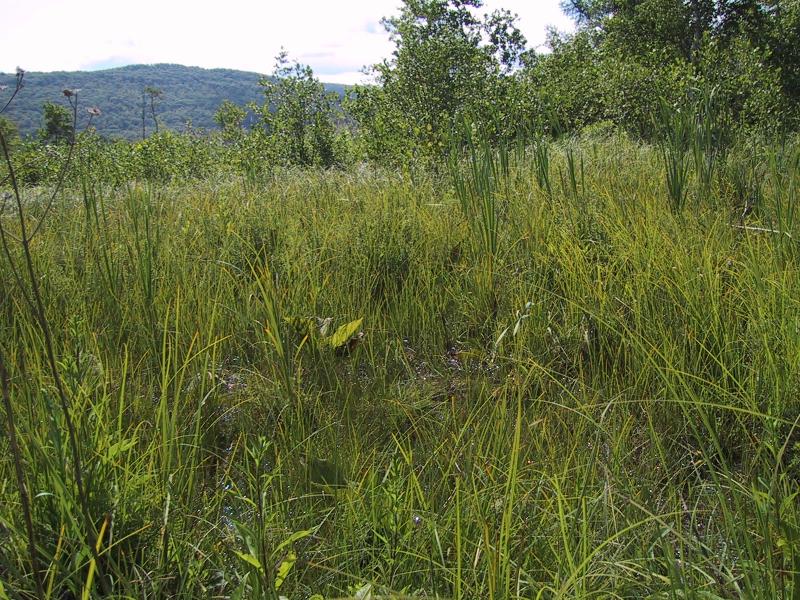 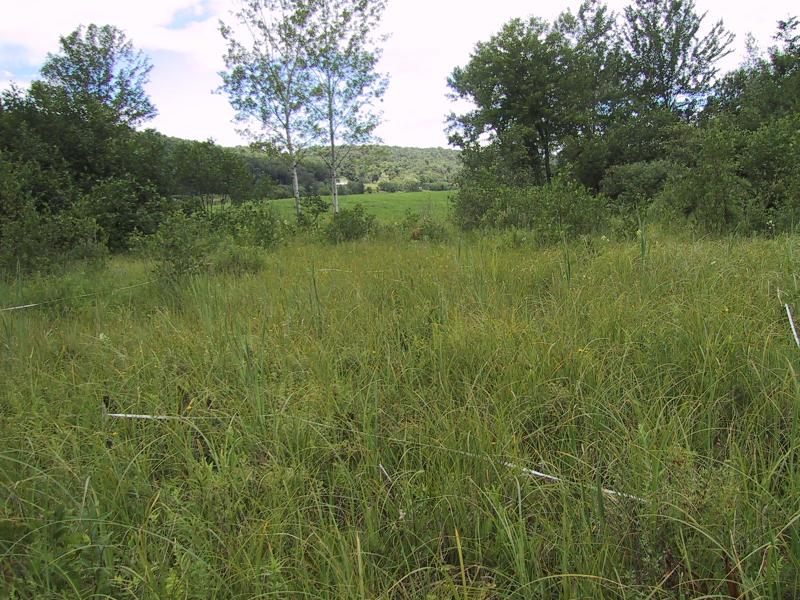 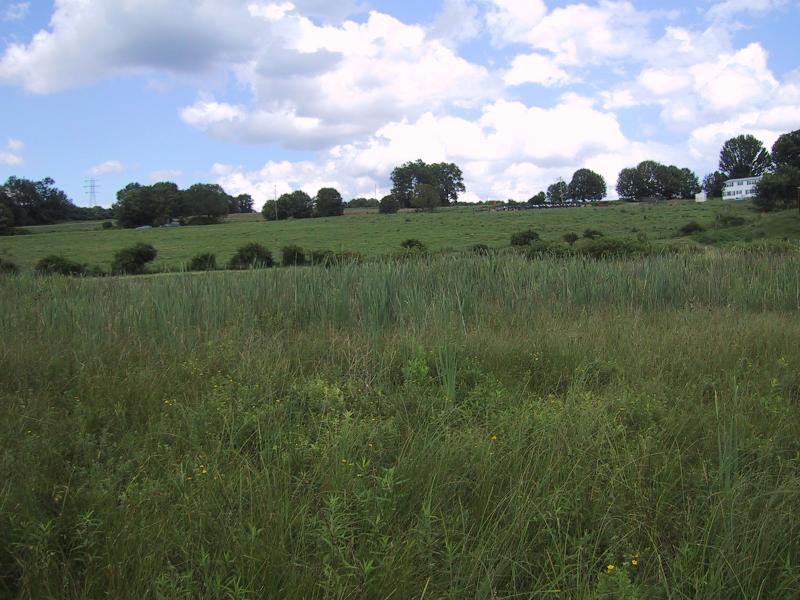 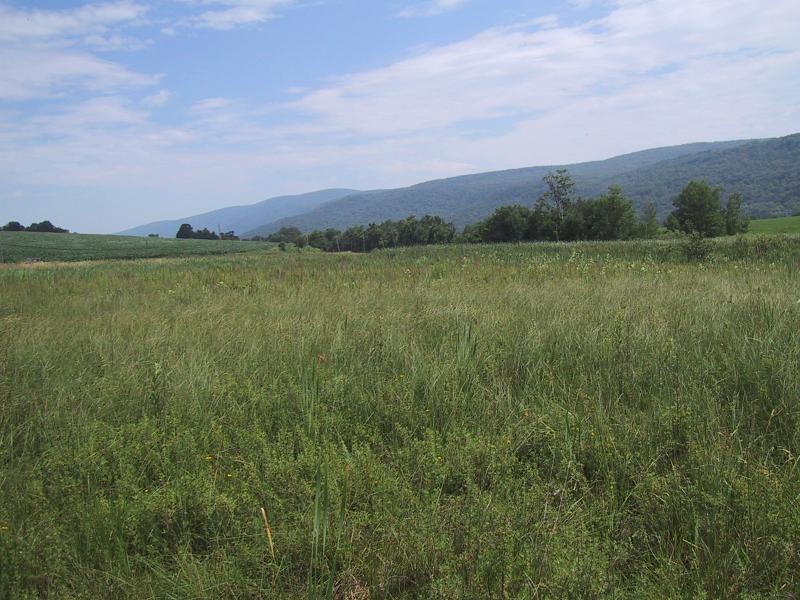 This figure helps visualize the structure and "look" or "feel" of a typical Rich Graminoid Fen. Each bar represents the amount of "coverage" for all the species growing at that height. Because layers overlap (shrubs may grow under trees, for example), the shaded regions can add up to more than 100%.