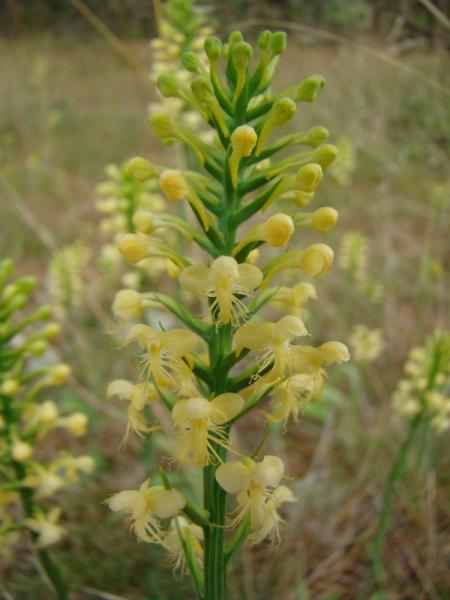 A white-flowered form of this orchid from eastern Long Island has been described as a separate species, Platanthera pallida, but has now been formally recognized as indistinct.

There are seven existing populations in four areas of Long Island. Two populations are ranked good to excellent, but the other four are very small and may not be viable in the long term. This orchid was always rare in New York with only seven historical records but most of them still have natural areas.

This orchid has always been very rare in New York and population numbers have remained about the same over time. Most of the existing populations occur in parks and should remain stable into the foreseeable future.

Annual or biannual counts should be undertaken to get better data on population trends.

This orchid extended from Queens east through Suffolk County on Long Island, but is presently only known from Suffolk County and considered extirpated in Nassau and Queens counties.

It is most common along the Atlantic and Gulf Coastal Plains from Virginia south to Northern Florida and west to East Texas. Farther north it is rare and scattered from the Delmarva Peninsula through New Jersey, Long Island, and Eastern Massachusetts. It extends inland in the Southeast to Arkansas, Tennessee, and Kentucky.

Crested Fringed Orchis have a central stalk from 90 centimeters tall, with two to four alternate, lanceolate leaves up to 21 centimeters long, gradually reduced to bracts above. The many showy, orange (Long Island, NY populations ranging to pale yellow) flowers are borne in a dense spike 2 to 13 cm long, the lower end maturing first. The lip is 4 to 8 millimeters long, and has deeply fringed. The spur is slender and from 4 to 10 millimeters long, about half the length of the ovary (FNA 2002).

These orchids are best identified in flower.

The best time to see these plants is when they are in flower, from late July through September.

The time of year you would expect to find Orange Crested Orchid flowering and fruiting in New York. 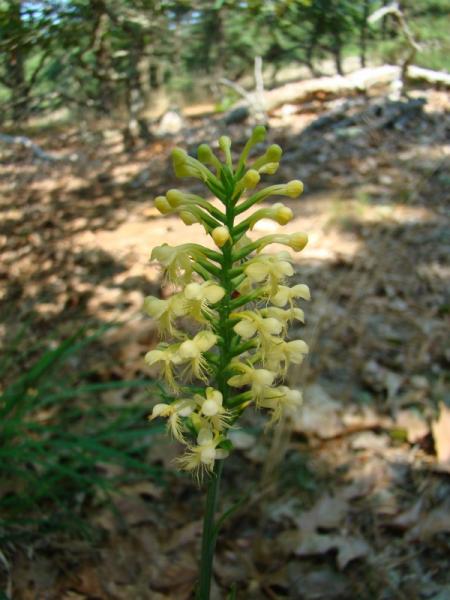 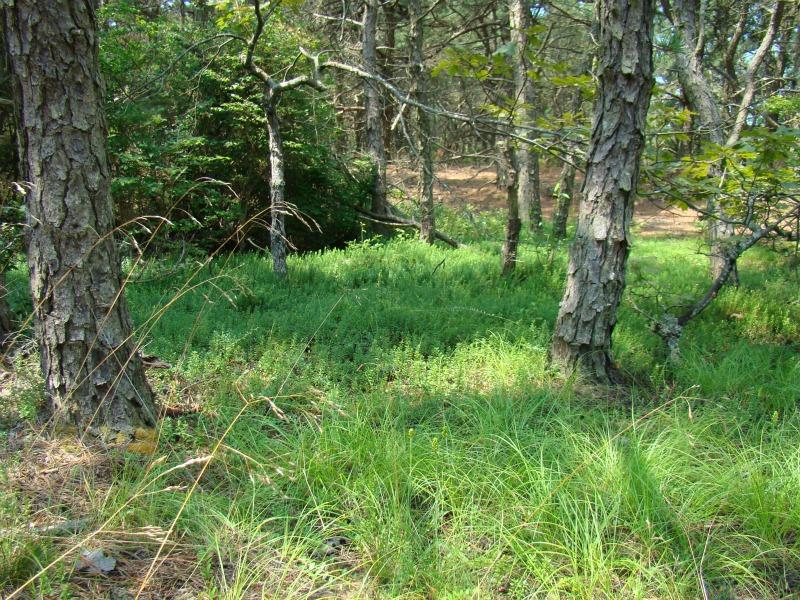 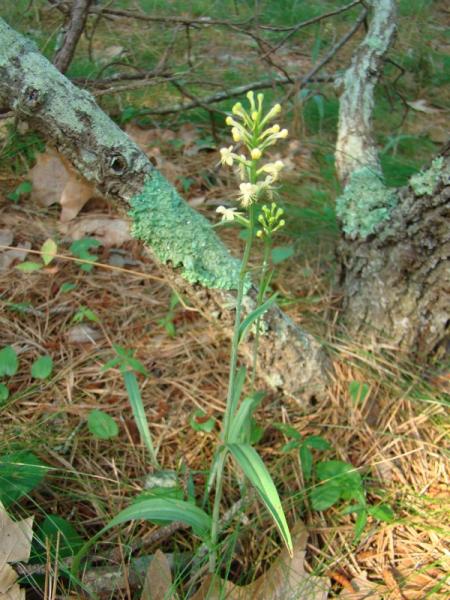