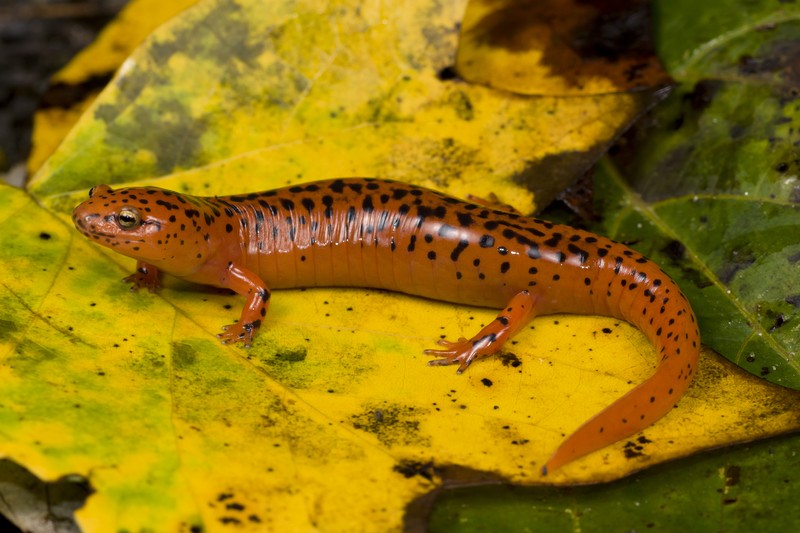 State Protection
Game with no open season
Defined as a Game species (other than birds) by New York State law, but there are no open seasons set and the species may not be hunted or taken at any time in New York.
Federal Protection
Not Listed

The Red Salamander raises and waves its tail while hiding its head when threatened as a defense mechanism (O’Shea and Halliday 2001, Mitchell and Gibbons 2010). The bright coloration of most Red Salamanders, which produce toxic skin secretions, may also serve as a warning to predators (Jensen et al. 2008).

During the New York State Department of Environmental Conservation Amphibian and Reptile Atlas (1990-1999), this species was reported from 38 topographic quadrangles in the lower Hudson Valley, west of the Hudson River, and the southern tier. Population stability is unknown in most areas, but is believed to be decreasing in the Lower Hudson-Long Island Bays watershed.

Human activities around stream habitat can have a negative impact on Red Salamander habitat and populations. Siltation, runoff, stream acidiciation, and stream water temperature increases, caused by timbering, mining, road work, and urbanization, can threaten Red Salamander populations in New York (Mitchell and Gibbons 2010, Campbell Grant et al. 2014, Petranka 1998). Climate change also poses a threat to Red Salamanders, as it may cause water temperature increases and severe flooding that can alter the habitat.

Management needs for the Red Salamander include minimizing pollution and conserving the habitat (Mitchell et al. 2006). Maintain or increase wetland connectivity through appropriate culvert design and reducing road crossings through streams. Silt, pollution, and runoff into wetlands and streams should be reduced or eliminated as well. Forest buffers around streams and wetlands should be created or maintained with native vegetation. Rocks, logs, and debris should be left in wetlands and surrounding forest.

The range of this species in New York needs to be confirmed. Some maps and researchers (IUCN 2014, Folt et al. 2016) reference a population on Long Island as well as in northern New York. Additional studies on how water quality affects populations (Campbell Grant et al. 2014), as well as movement patterns and territory sizes would be useful.

Northern Red Salamanders can be found in or near clear, cool running water, especially spring-fed streams in wooded or open areas (Conant 1975, IUCN 2014). In central New York adults spent most of the year beneath stones, sticks, and logs within 2 to 30 feet from the edge of the water (Axtell and Axtell 1948). They are associated with constantly flowing, cold spring water with stones, debris, and densely growing aquatic plants (Axtell and Axtell 1948). Females attach their eggs to the underside of submerged rocks, and larvae generally live in still pools of springs and streams (IUCN 2014).

Red Salamanders are approximately 11-15 centimeters long and are red or reddish orange and covered in black, irregular spots on the back that often run together (Conant 1975). These salamanders have yellow irises. The larvae are a pale brown with red gills, and sometimes with mottling on the skin (Mitchell and Gibbons 2010).

The reddish coloring with yellow eyes and black spots distinguish this salamander from other species.

Red Salamanders are nocturnal, and mostly spend their days within burrows or under litter or logs on the ground (O’Shea and Halliday 2001, Mitchell and Gibbons 2010). They spend their nights active above ground. Larvae and adults eat a variety of terrestrial and aquatic invertebrates, and other salamanders (Cecala et al. 2007, NatureServe 2020).

Adults are mostly active from April through October (Axtell and Axtell 1948). Females lay a clutch of 50-100 eggs in the fall (Bruce 1972, Semlitsch 1983). Adults overwinter in or around streams.

The time of year you would expect to find Red Salamander present, active, and reproducing in New York. 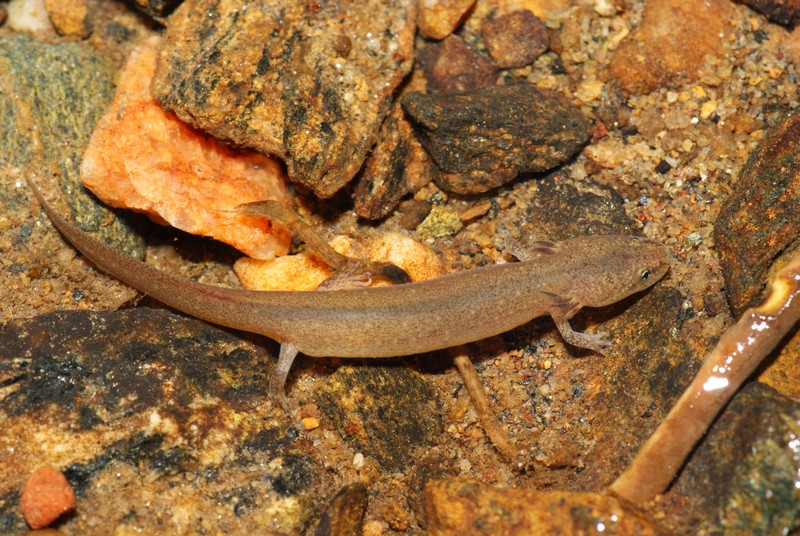 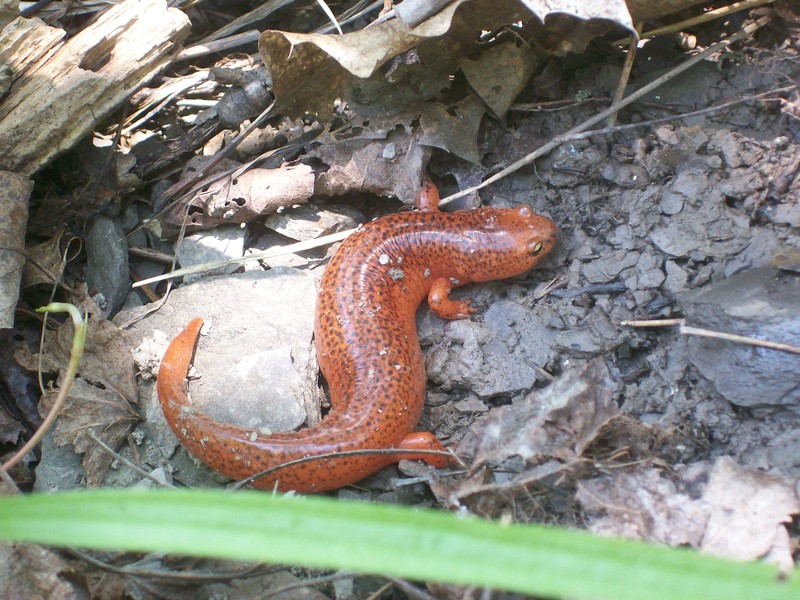 Information for this guide was last updated on: June 29, 2020