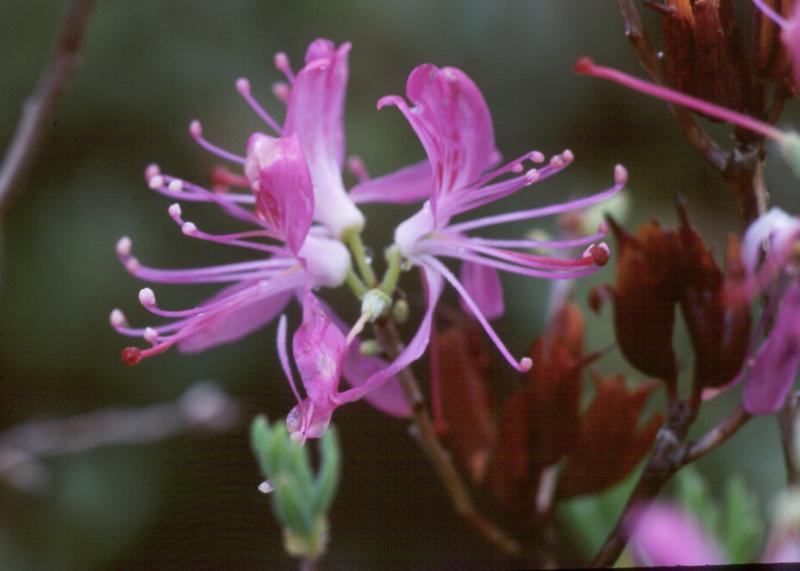 This Rhododendron is fairly hard to grow since it needs just the right amount of moisture, always moist but not too wet. It is usually pollinated by female bumblebees. It looked so different from other rhododendrons that it was at one time put in the genus Rhodora, hence the common name. Rhodora is also the name of the botanical journal published by the New England Botanical Club.

Current evidence indicates that the short-term trend has been stable and there is no reason to believe this will change anytime in the near future.

This plant was never known from more than 10 localities in New York and there are now the same number of occurrences as were known historically.

The plants are isolated enough that threats are low to insignificant.

A shrub that may form dominant stands or only a few scattered stems in wetlands of acidic rocky summits and barrens, as well as boggy habitats containing a mixture of organic material and gravel (New York Natural Heritage Program 2004). Bogs and wet woods (Gleason and Cronquist 1991). Bogs, damp thickets, acid barrens and rocky summits and slopes (Fernald 1970).

The plant ranges from Newfoundland and Quebec west to Ontario, and south to eastern Pennsylvania and northern New Jersey.

Rhodora is a woody shrub with ascending branches that only grows up to 1.5 meters tall. It can be seen as a single shrub or in small to very large colonies. The flowers appear when the leaves are just expanding. Each branch is topped by a cluster of four or five deep rose colored flowers with long stamens sticking out. The three main petals are divided nearly to the white-colored base and the upper petal has three lobes on the top. Since there is no flower tube the flower appears very open. The oval, deciduous leaves are 2-5 cm long, fuzzy underneath, and mainly at the ends of the branches. The dry woody fruits are whitish, fuzzy, and split open along the sides into five sections.

This shrub, up 1.5 meters tall, has strongly ascending branches and deciduous leaves. The inflorescences are mostly expanded before leaves. The pale pink to deep rose-purple corolla is strongly irregular with a short (to no) corolla tube. Each flower has 10 stamens with a 1.5-2 cm long style. The capsules are 0.7-1.5 cm long and glaucous-puberulent. The leaves are oblong-elliptic, blunt, and closely pubescent (rarely glaucous) beneath.

While this shrub can be identified from fruit, flowers make it very easy to see and identify.

If observed in flower, this shrub is unique among Rhododendron species and not likely confused.

This shrub flowers mid-May to mid-June. According to the records of Daniel Smiley, the Shawangunk plants typically flower around May 21st. The fruit capsules may persist on the shrub indefinitely, but the seeds generally disperse by late fall. The ideal survey time is late May, when this shrub is likely in bloom.

The time of year you would expect to find Rhodora vegetative, flowering, and fruiting in New York. 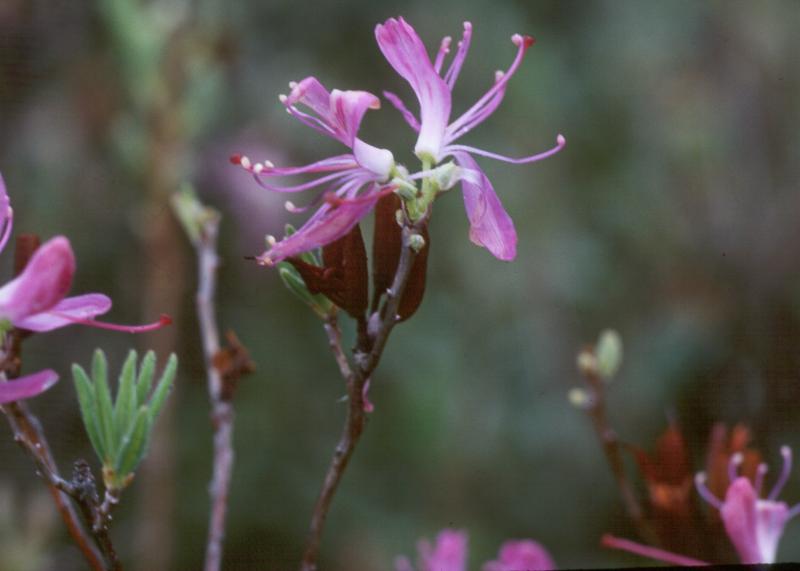 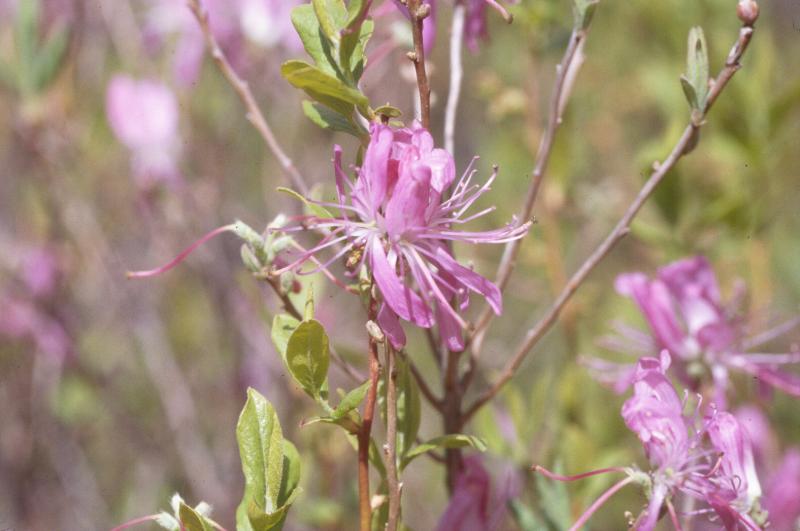 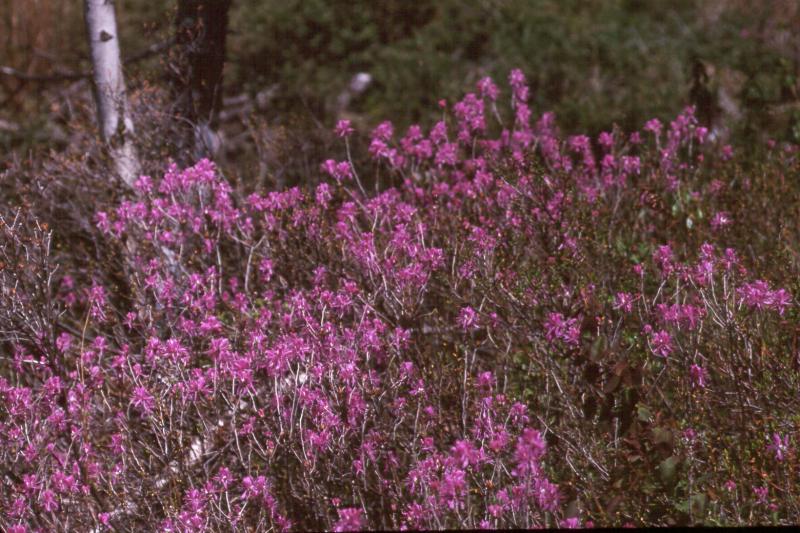