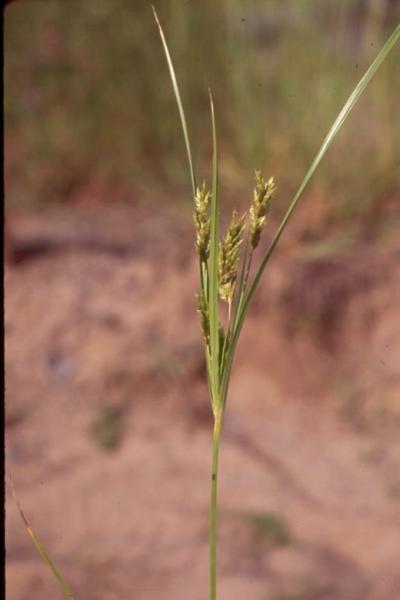 This is a good example of a plant that can seed bank for many years. In the Albany Pine Bush hundreds of plants of Schweinitz's flatsedge reappeared in a sandy area that had been covered for decades by a concrete parking lot. The species name honors Louis David von Schweinitz (1780-1834) whose main profession was a minister but who also developed a parallel career in botany and mycology. He described over 3000 species of fungi and is regarded as the founder of American mycology.

There are 24 existing populations. Eight of these are small and 12 are good to excellent. The species depends on continued disturbance for maintenance. There are 17 historical populations which need to be checked, most from the 1920s through the 1940s.

Known populations which have had multiple visits appear to be persisting, but many sites have been visited only once or lack precise population data, so the overall trend is not clear.

There are currently slightly more verified populations than historically known ones, so the species appears to be persisting well where appropriate habitat exists.

Succession is a threat to the persistence of this species at many sites (though as has been mentioned, the plants may persist in the seed bank).

Activities which create exposed sandy soils (such as burning or clearing) will benefit the species so long as they are done in a manner and at a season which prevents destruction of the plants themselves.

This species is known from Long island, Albany and nearby counties, and from scattered locations in northwestern and western New York, particularly from counties bordering the Great Lakes.

Cyperus schweinitzii is found in the Great Plains and Great Lakes regions of the U.S. and Canada, and north and east from Kentucky to New Jersey, New York, and Quebec.

Schweinitz' Flatsedge is a grass-like perennial, with quite noticeably 3-sided, scabrous stems 10-50 cm high, arising from short, irregularly swollen rhizomes. The leaves are 1-4 mm wide and located mostly near the base of the plant. The inflorescence is subtended by 3-6 long, leaf-like bracts, some of which are wider than the leaves, and which extend above the fruits. The infloresence is made up of clusters of 5-10 quadrangular spikelets, 7-10 mm long and 3.2 to 4 mm wide. The flowers consist of a small, rounded scale, about 3-4 mm long, subtending 3 stamens and a single ovary. The seeds are light to dark brown or nearly black, ellipsoid (infrequently obovoid), and 2 to 2.4 mm long by .9 to 1.4 mm wide (FNA 2002, Gleason and Cronquist 1991).

Specimens with mature fruit are best for identification.

The fruits mature in July and persist into October.

The time of year you would expect to find Schweinitz's Flat Sedge fruiting in New York. 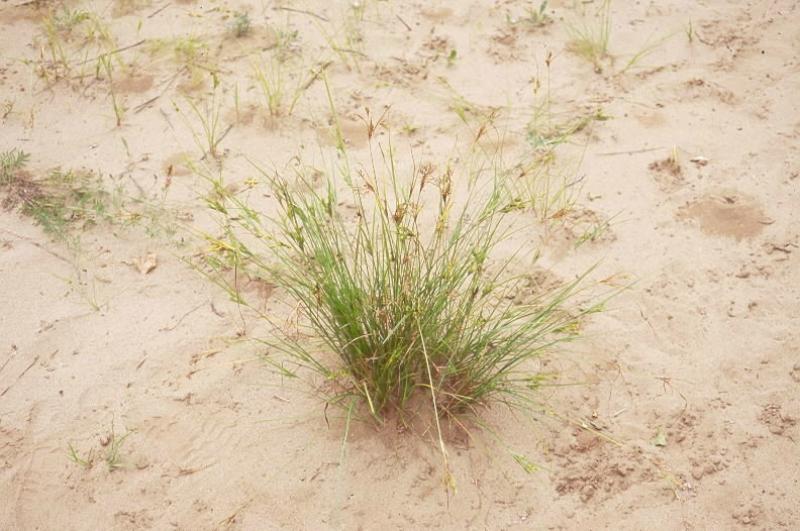 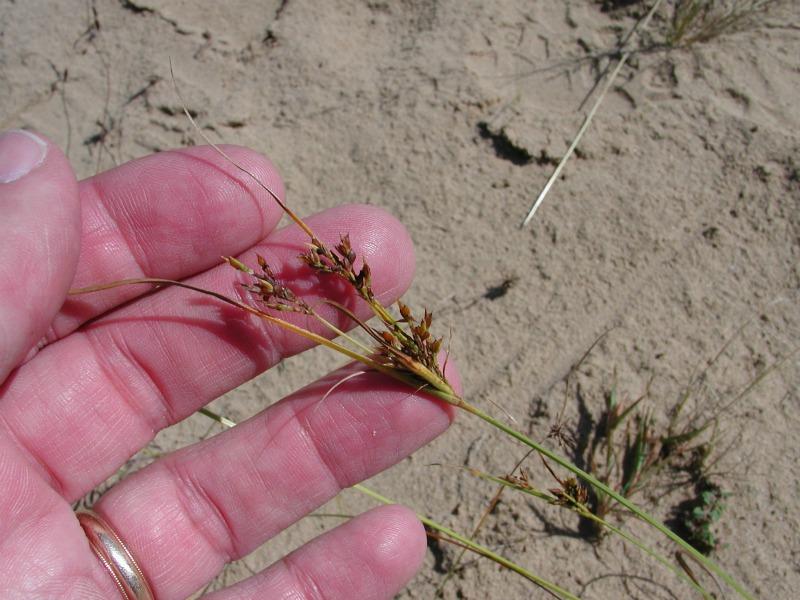