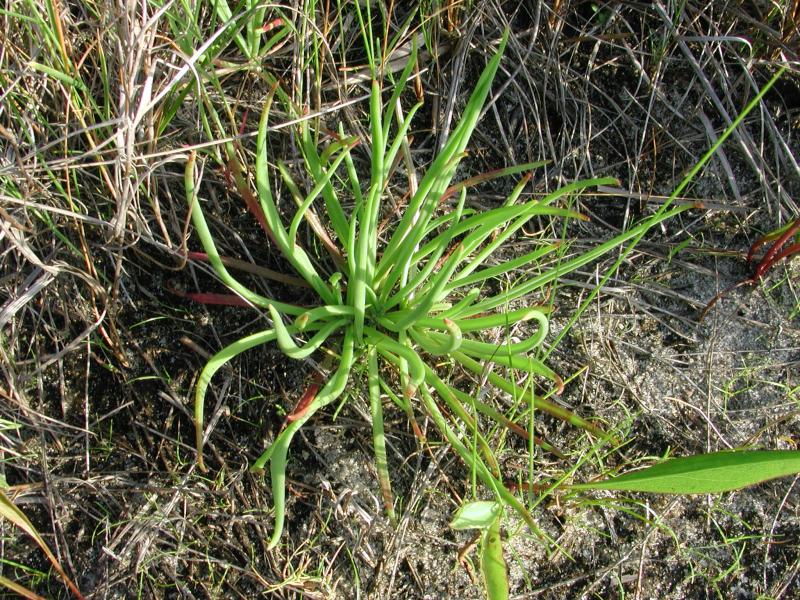 This is the only Plantago with narrow leaves which occurs in salt marshes. It can occur in groups of many thousands of plants.

There are 15 existing populations and about half of them have over 100 plants each. One population has over 100,000 plants. The smaller populations are in areas with little human disturbance. There are about four other historical occurrences, so more populations are known now than were known in the past.

Existing populations seem stable since many of them have been visited more than once and populations remain the same or have grown slightly.

Long-term trends seem stable since most populations that were ever documented are still known and doing well.

The main threat to this species is the expansion of nearby Phragmites populations into its habitat. Some plants occur along sandy trails and may be trampled.

This salt marsh wildflower grows mainly in Suffolk County, but it has also been found in Queens County. There are historical records from Nassau County, and it is considered extirpated from Manhattan Island where there was one locality, and from Onondaga County where it grew in the inland salt marshes.

Seaside Plantain is an herbaceous perennial growing from a basal rosette. The many fleshy leaves are all basal, linear and entire, and are about a centimeter wide and up to 15 centimeters long. The flower stalks grow from the center of the clump up to twenty centimeters tall, and are topped by a spike covered with many tiny, hairy, greenish-brown flowers with protruding brown stamens. These mature into small, green, egg-shaped fruits. (Gleason and Cronquist 1991, Haines 1998).

Seaside plantain is most conspicuous when flowering or fruiting but may also be identified from only the leafy rosette.

There are thirteen other species of Plantago in New York. Only three of these (none which are found in salt marshes) have linear leaves, as does P. maritima: Plantago psyllium, Plantago aristata, and Plantago patagonica (all three of which are non-native species). P. psyllium has leaves borne oppositely on the stem and only one to three millimeters wide. P. aristata and P. patagonica are both annual or biennial species. P. aristata has conspicuous bracts exceeding the flowers and fruits, and the the leaves and infloresence of P. patagonica are obviously hairy.

Seaside plantain flowers from late June through early August, and the fruits may persist into November.

The time of year you would expect to find Seaside Plantain flowering and fruiting in New York. 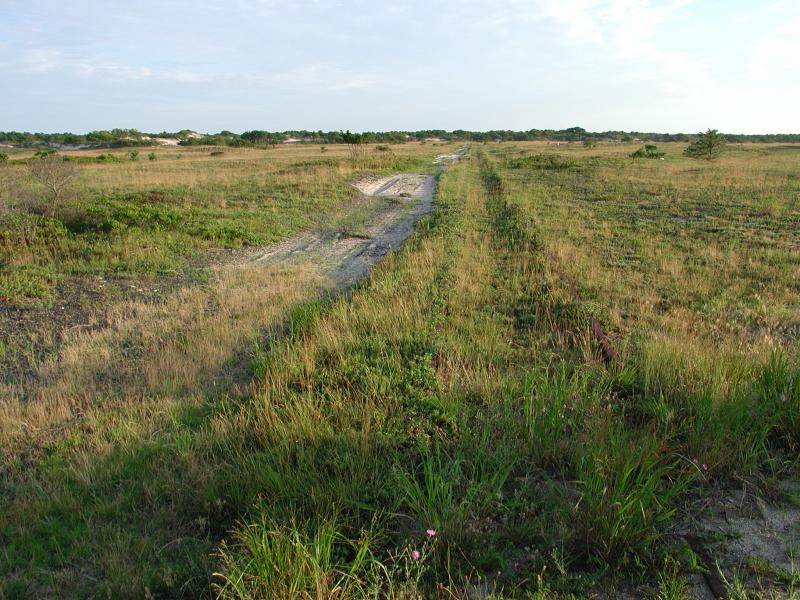 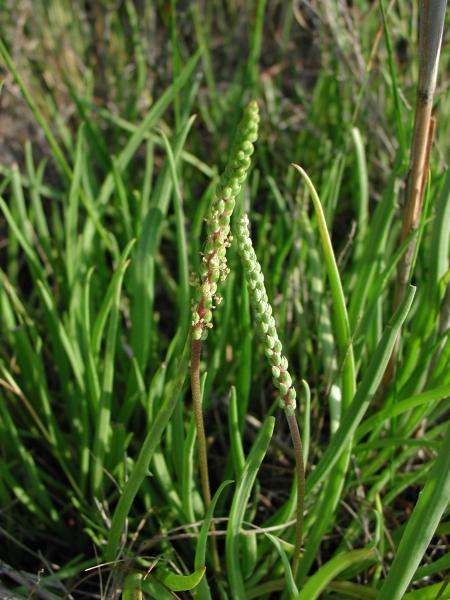 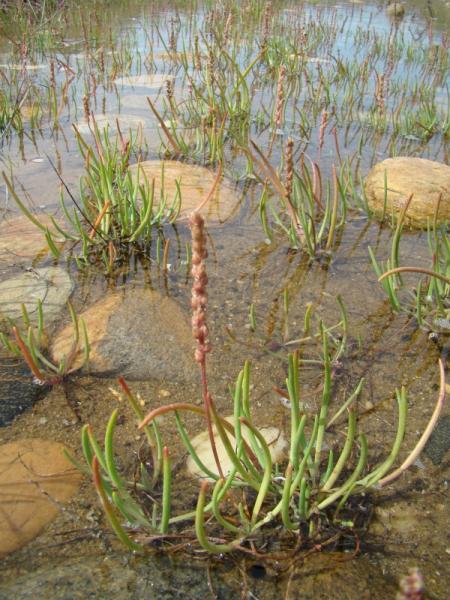 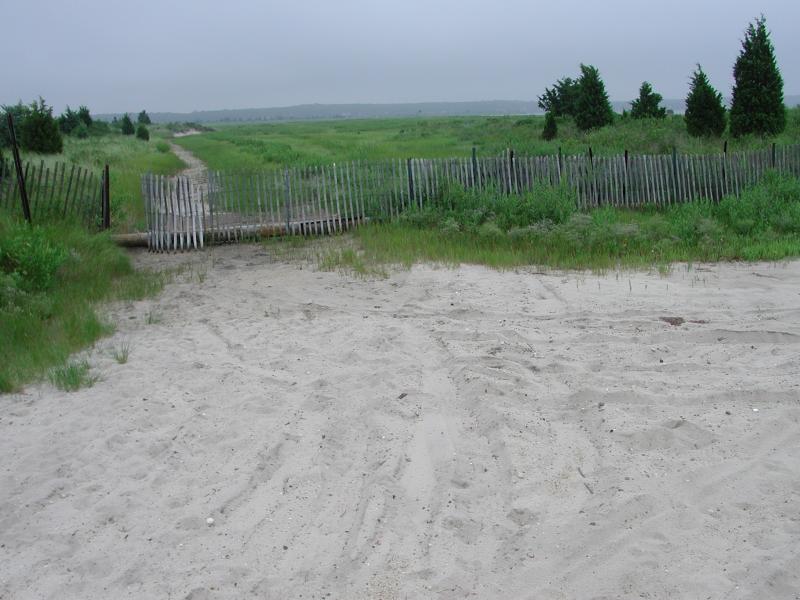 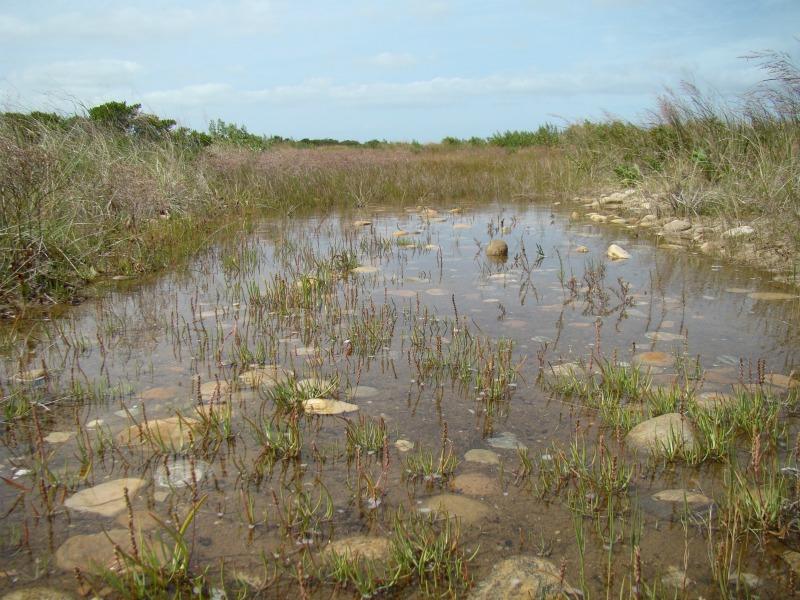 Information for this guide was last updated on: February 24, 2011